The New York auto show later this month will host the official premiere of the next-generation Toyota Yaris. The Japanese automaker has just previewed that with an online reveal providing images and details of the Mazda-based new Yaris Hatchback.

It was already public knowledge that the new model is the fruit of a collaboration between Toyota and Mazda; in fact what we have here is a Toyota version of the Mazda2.

There are precious few differences between the model, in fact it’s clear that for Toyota the biggest imperative was to quickly bring to market a rejuvenated Yaris. From the front, the Hatchback version is identical to the sedan, meaning there will be only one Yaris offered to consumers instead of the two sold in recent years. 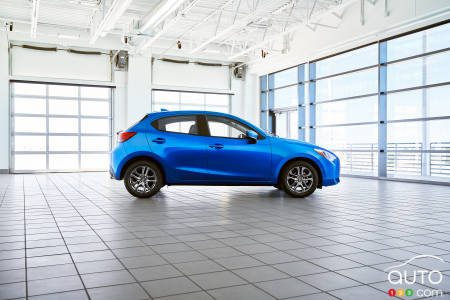 Inside it’s much the same story; the two models will share virtually everything. The Mazda signature is clearly evident, notably via the floating touchscreen at the top of the dashboard above the central console. Many will be glad to learn that Apple CarPlay and Android Auto integration is part of the product offering. This functionality has been achingly slow to come to both Toyota- and Mazda-badged products.

For those who prefer the brand’s homegrown navigation system, it’s offered as an option.

The 2020 Toyota Yaris is being built by, you guessed it, Mazda at its plant in Mexico and should be headed for dealerships in the coming months. We’ll know more about pricing and versions for Canada later on in 2019. 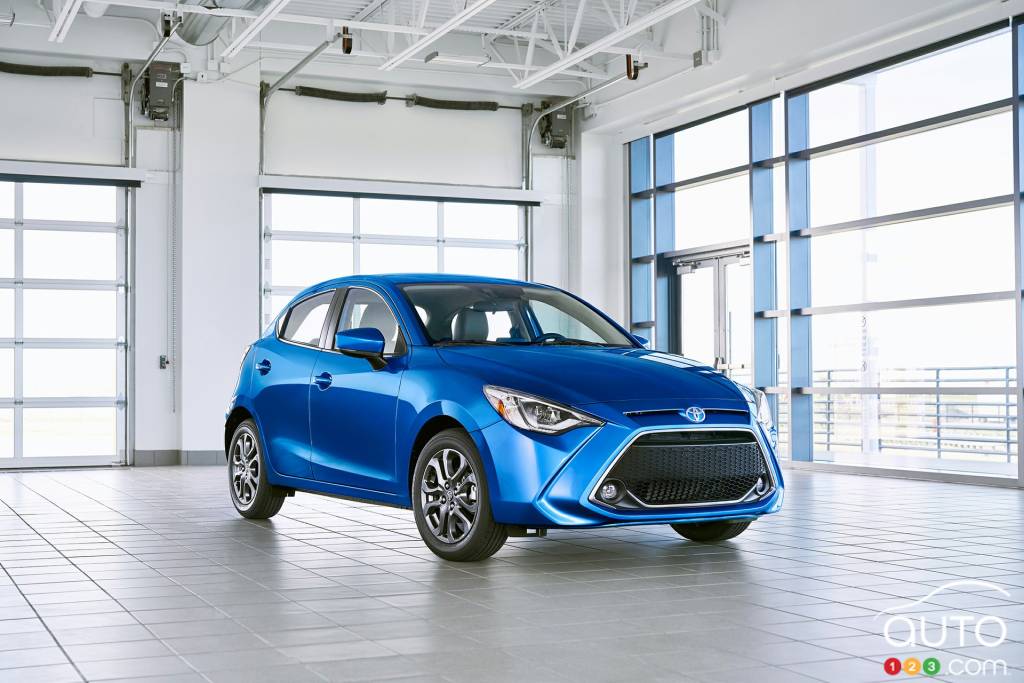 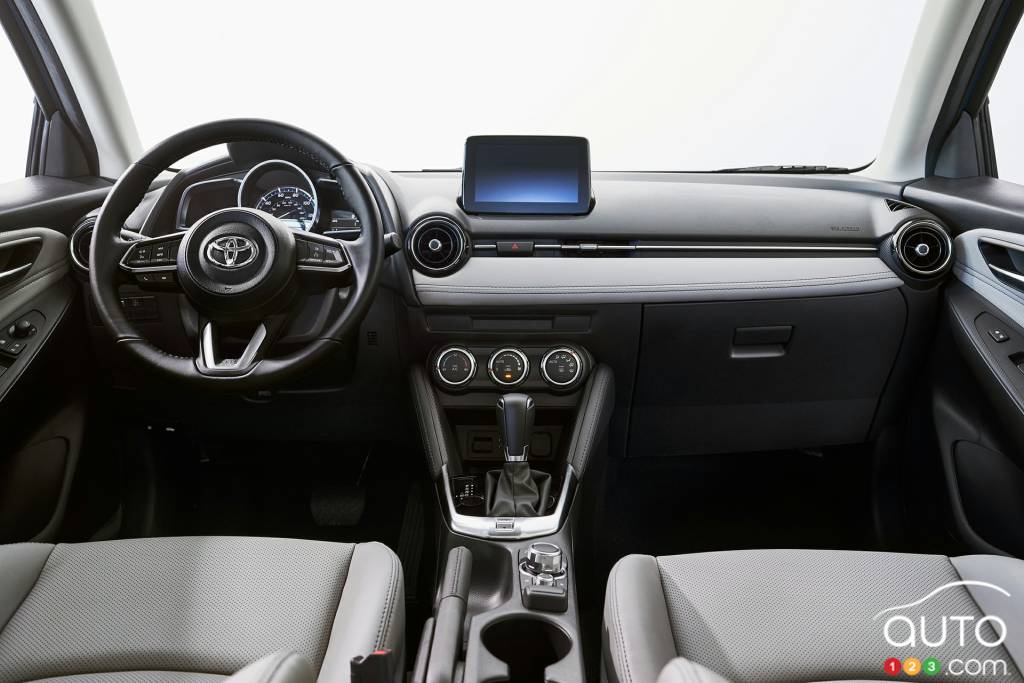 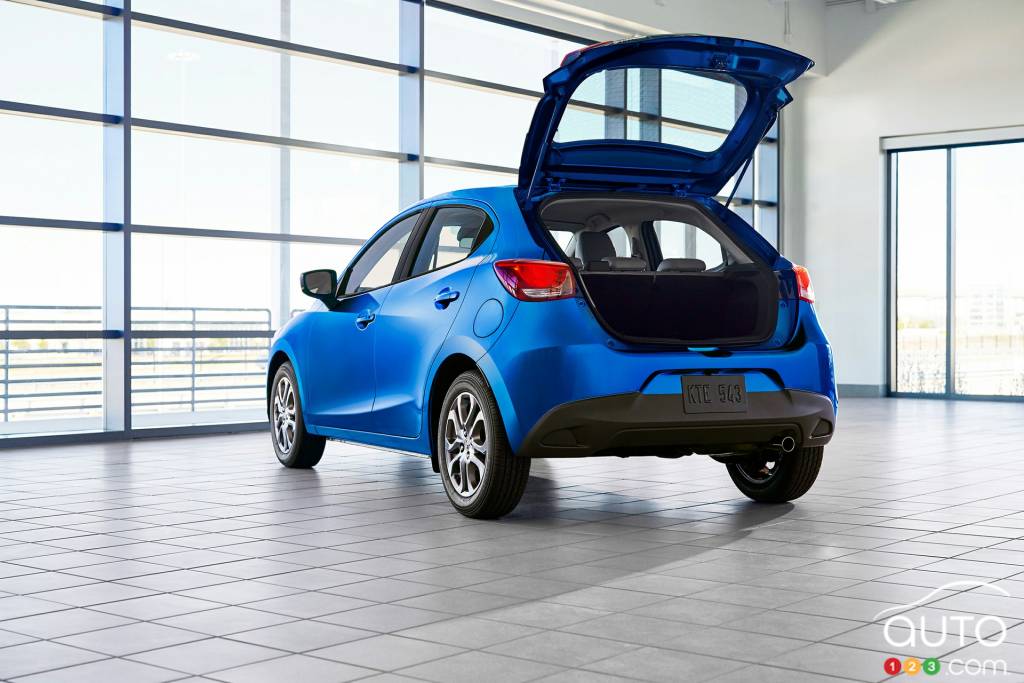 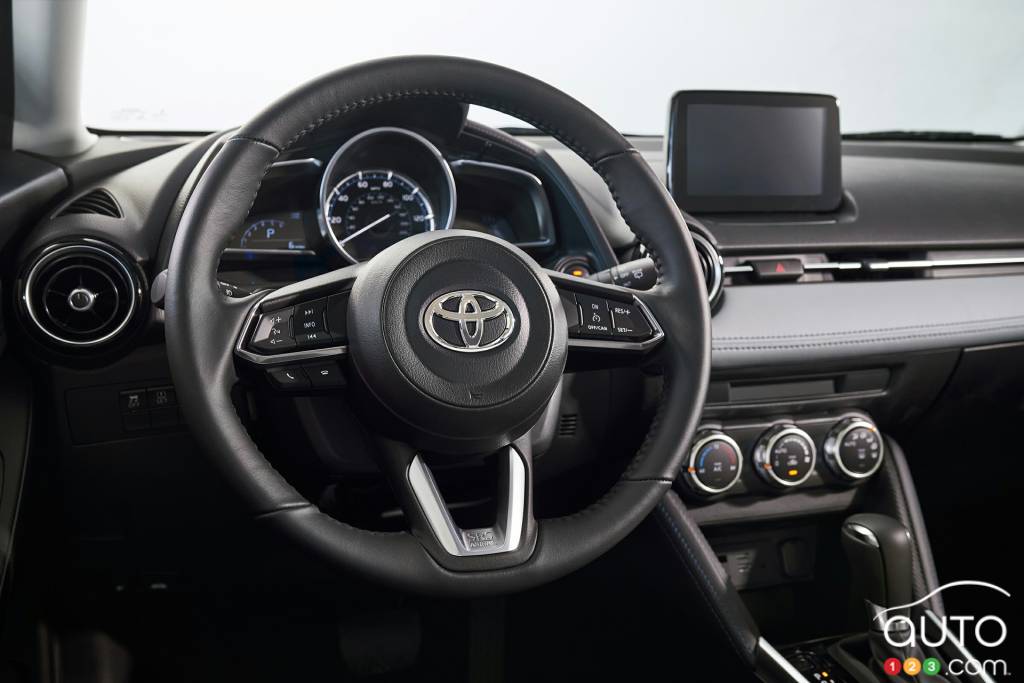 Toyota Corolla Gets Nightshade Treatment for 2020

Toyota gives its Corolla model the Nightshade treatment for 2020. Offered on both the sedan and the hatchback, the package basically consists of unique desig...