Volvo is far from the only player in the industry undertaking a major shift towards electrification in the next decade, even launching a new stand-alone brand dedicated to the technology, Polestar.

You’ll be seeing that name, Recharge, again. Volvo is placing it at the heart of the brand’s upcoming EVs, and even the company’s plug-in hybrid models will carry it. 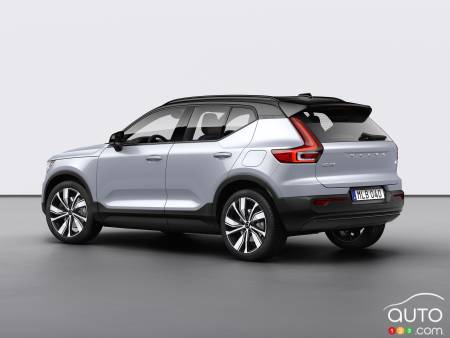 The XC40 Recharge arrives on the market benefiting from a 320-km range, which places it slightly below the unofficial average for full-on EVs in 2019, which is 400 km (though it should be noted that by European Cycle testing, the model does hit that 400-km mark). As for power, Volvo says it will have 408 hp to play with, which is substantial and promises impressive performance capabilities. Motors placed in front and in back of the vehicle deliver power to all four wheels.

Recharging the battery pack will be relatively quick when using a fast-charging station; Volvo estimates it will take 40 minutes to get an 80% charge.

Esthetically, it won’t be very difficult to recognize the model, the front end of which gets a grille that’s almost fully closed. The XC40 model is associated with contrasting colours for the exterior, and that remains here, with black roof, front spoiler and side-mirror covers. The electric configuration also means there’s small trunk in front, accessed via opening the hood. 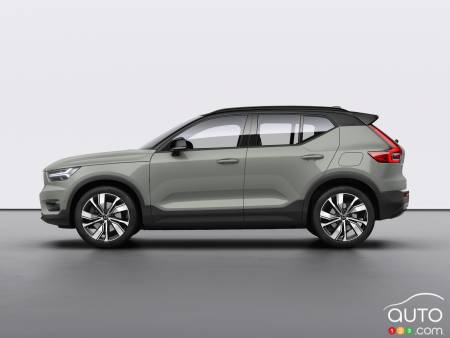 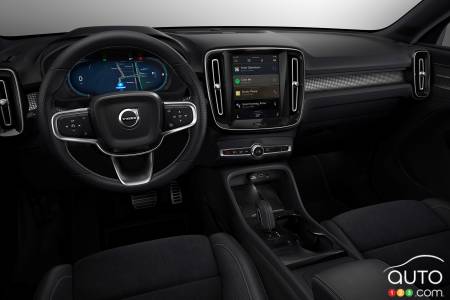 On board, the presentation remains much the same as in the regular version, but take note that this all-electric XC40 contains the first Volvo multimedia system to be developed by Android. It includes Google Assistant as well as the popular Google Maps and Google Play Store applications. Real-time updates ensure the interface is always up to date.

A new sales approach
Consumers who visit a Volvo dealer in Canada will be asked if they are interested in buying a Recharge model or not – the goals of course being to highlight the availability of these models and encourage customers to consider them. For those who are convinced, the company will pay any costs related to recharging the vehicle for the first year of ownership.

From now until 2025, Volvo intends to launch a new electric vehicle model every year. By mid-decade, the company wants half of its sales worldwide to consist of fully electric vehicles. 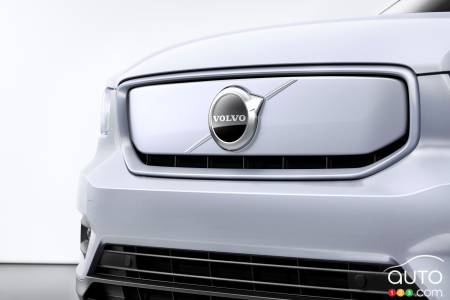 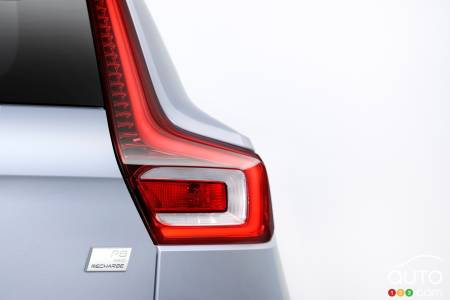 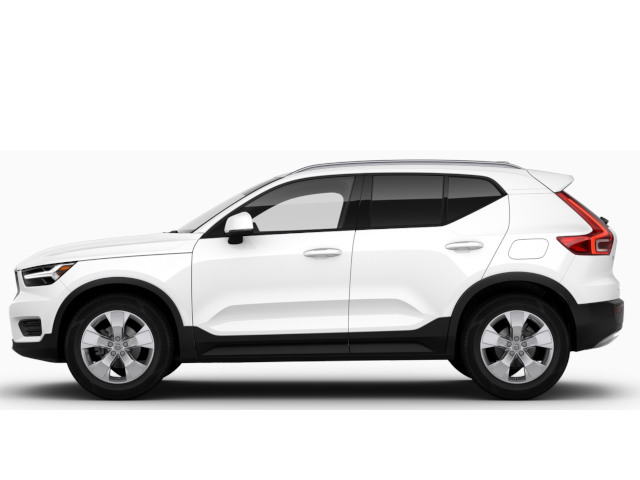 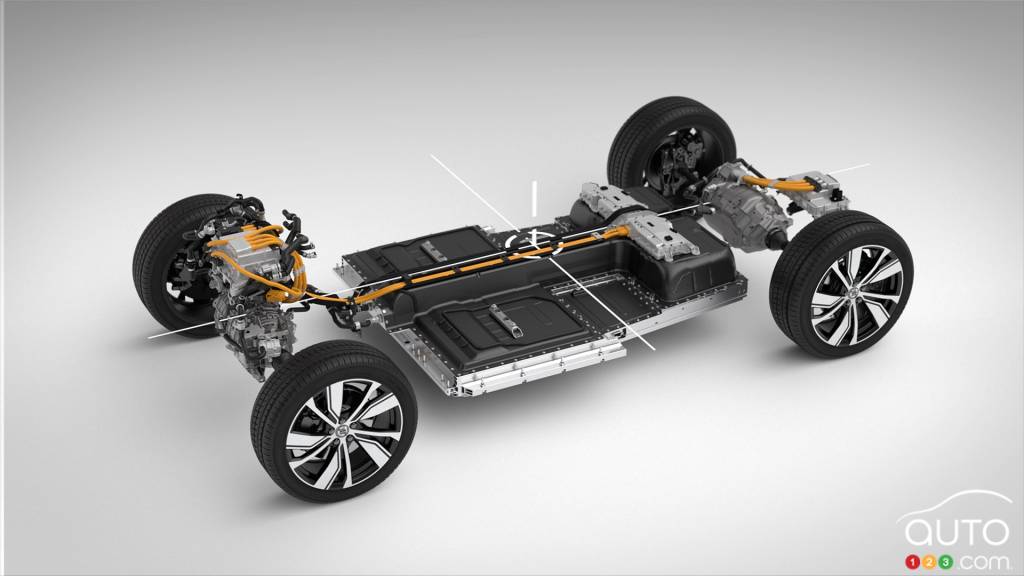 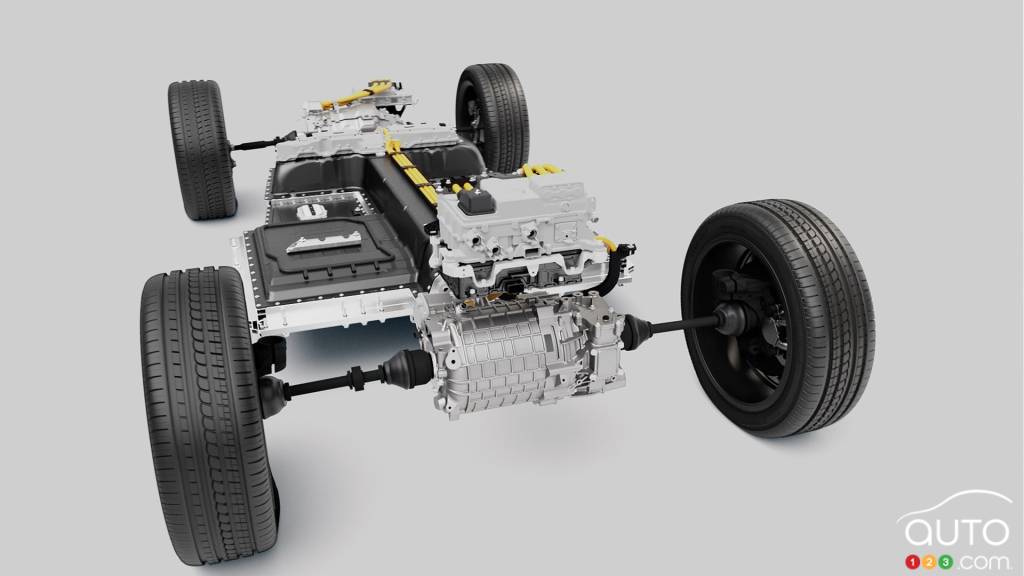 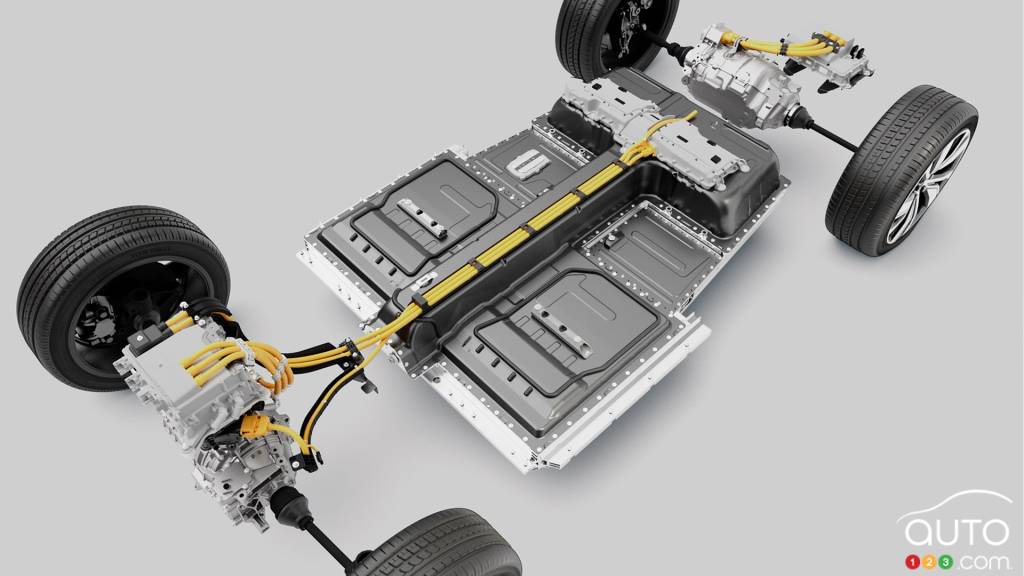 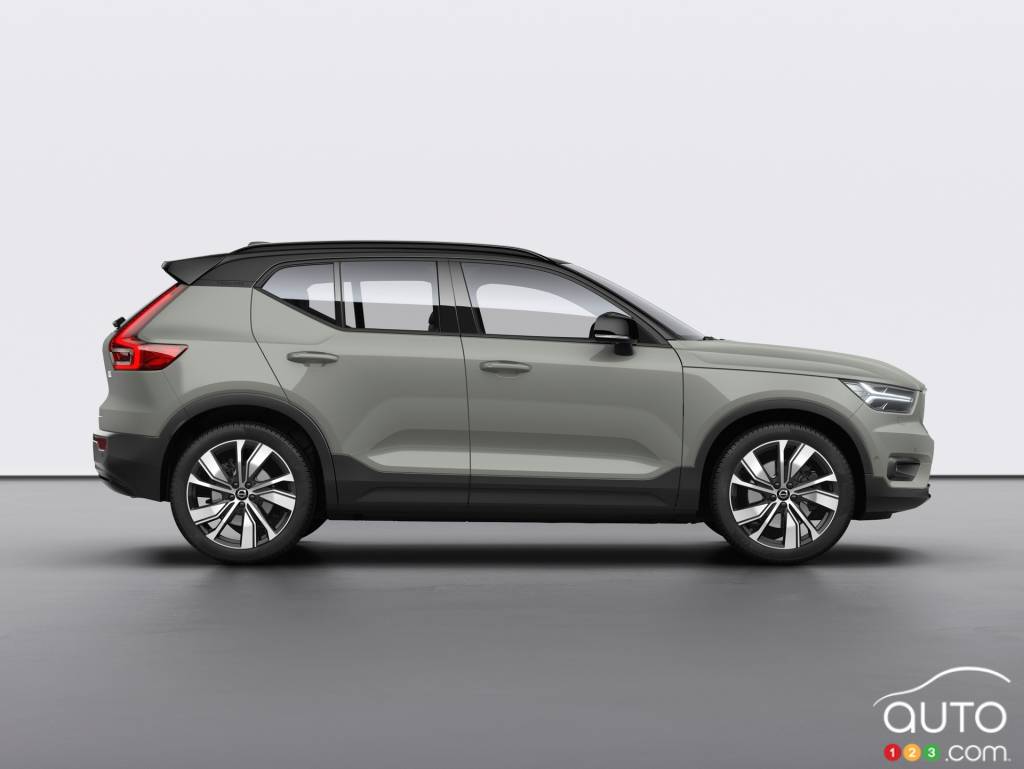 Volvo has published images of the architecture underpinning its all-electric Volvo XC40. The SUV will make its official debut on October 16, and the company ...

Volvo confirms that it will debut an all-electric version of its XC40 SUV before the end of 2019. The EV will be the automaker’s first, with the exception of...