In order to survive, sedans have to turn to all-wheel drive, one of the selling points that have made many motorists turn to SUVs. As drivers in Canada, we’re not complaining.

In recent years we’ve thus seen a number of 4-door sedans add all-wheel-drive variants to their lineup. Now it’s Lexus making the move with its ES model. The idea of integrating AWD had been circulating when this generation of models was launched, but nothing had been announced until now.

The version with all-wheel traction will be called the ES 250 AWD. Which tells you the essentials about the powertrain that will serve it: a 2.5L 4-cylinder engine. Yes, it's the same one that powers the Toyota Camry AWD variant. In terms of power, we're left with numbers (203 hp, 182 lb-ft of torque) that seem appropriate for the Toyota sedan, but perhaps less so for the Lexus.

Logic would have dictated that all-wheel drive be associated with the 3.5L V6 engine, but word on the grapevine is that the very configuration of the model made it complicated. In fact, it's been said that the task of adding AWD to the Camry wasn't an easy one either. 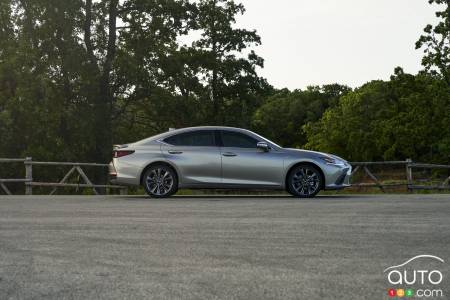 As for the system itself, it's responsive in that when a front wheel slip is detected, 50% of the power can be sent to the rear wheels. Torque vectoring is not available with this system, but Toyota has technology that simulates it to some extent. In fact, the inside wheel brakes can be slightly activated during cornering to create the feel and improve cornering. Average fuel consumption is estimated at 8.4 L/100 km. 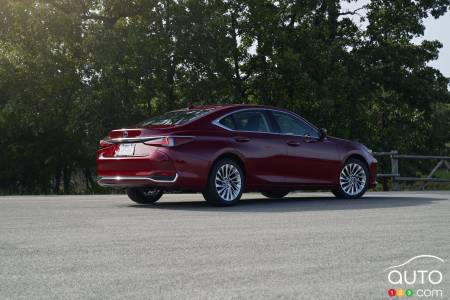 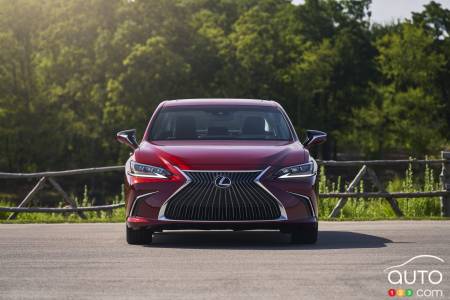 Black Line
Speaking of the F Sport package, Lexus is also introducing a special limited-run Black Line edition. Derived from the 350 F Sport version, it will be offered in two colours, Ultrasonic Blue Mica 2.0 and Ultra White (who exactly comes up with these names, we wonder?). On board, a two-tone black and white interior with grey stitching, exclusive to the F Sport version, will be available. The ES 350 Black Line will also be equipped with exclusive features such as black exterior mirrors, F SPORT wheels and a new black sports spoiler attached to the boot.

The 2021 versions of the Lexus ES are expected this fall at brand dealerships. 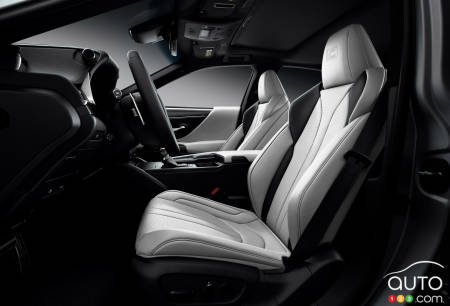 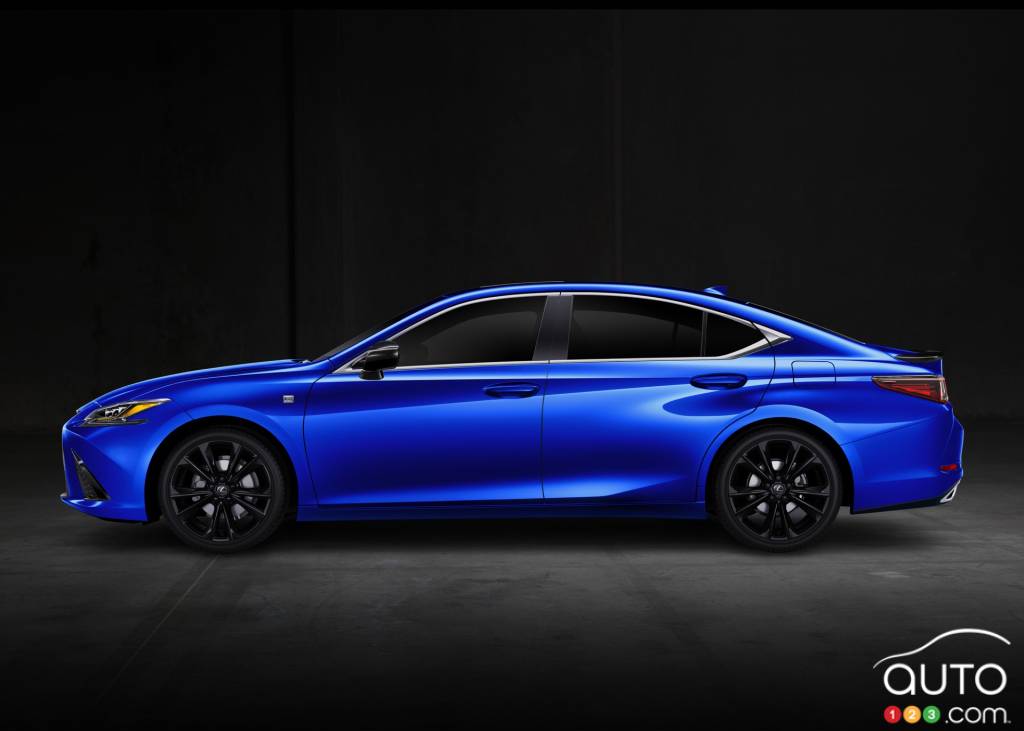 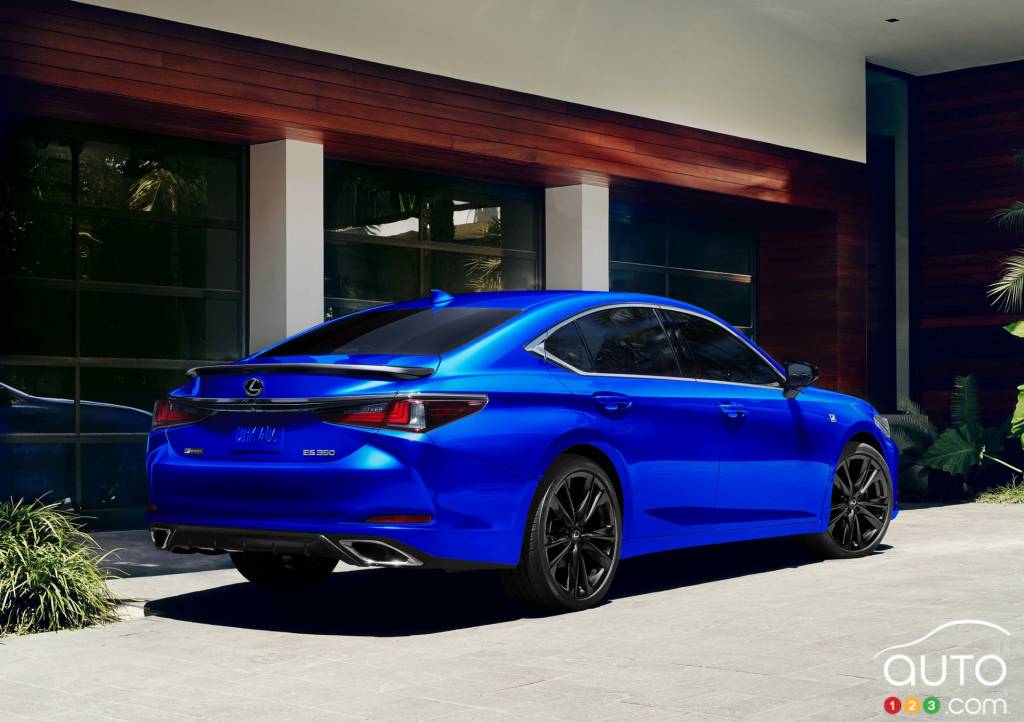 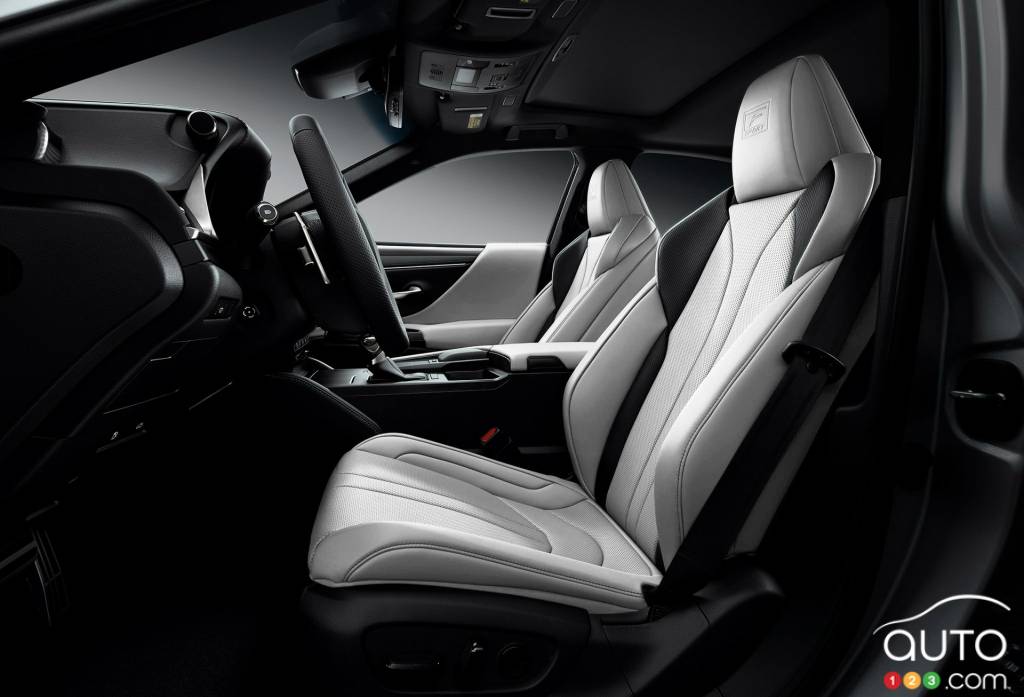 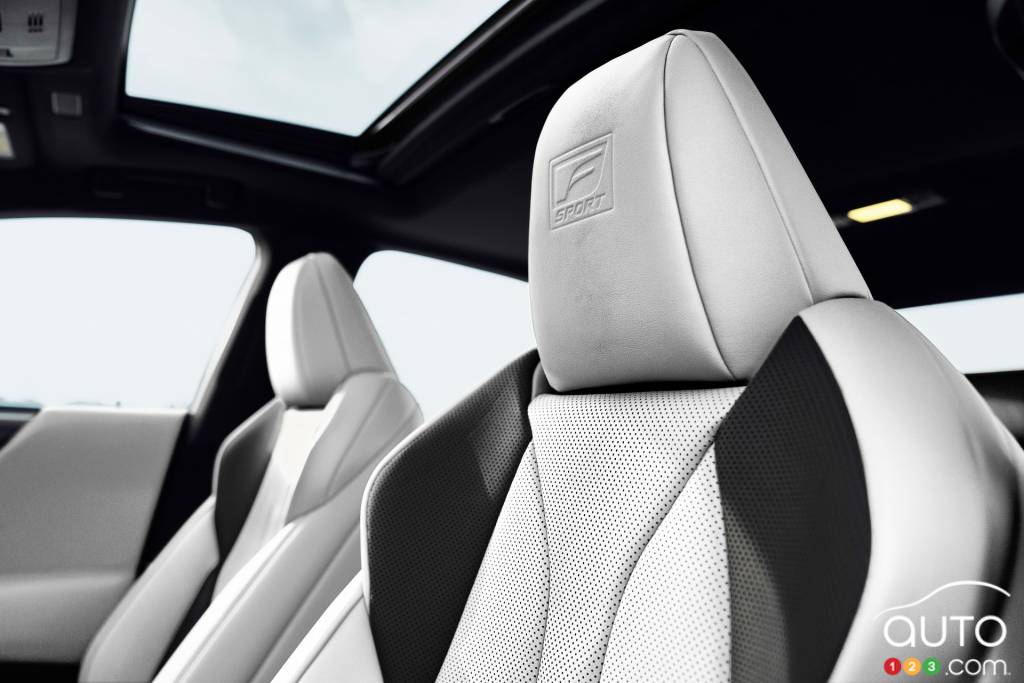 Lexus Installs Turntable in an IS 350 F Sport Because Why...

As part of a marketing project, Lexus installed a turntable inside the glove compartment of an IS sedan. Incredibly, we've seen this before, over 60 years ag...

Lexus Winter Drive Test: Fun in the Snow and on the Ice

In keeping with tradition, Auto123 put several Lexus models to the test at the Canadian Tire Circuit in Bowmanville, Ontario. The main goal of the day was to...