Are you still hoping to see the car make a spectacular comeback on the market? The presentation of the 2021 Toyota Corolla Cross for the Thai market may deflate your balloon a bit - or it could give you hope.

Actually, it depends on the angle from which you look at this new product from Toyota. From one standpoint, the arrival of the Toyota Corolla Cross marks the debut of another SUV on the market. That's true. However, it's also a very small utility vehicle, the kind of model that will replace the car by being more practical.

For Toyota, it means the debut of a second car-inspired model in the lineup, after the Yaris Cross, introduced a few months ago. We smell a trend!

The irony is that these models are not, for now, being made available in North America, where SUVs are a little popular. OK very, very popular. Is it a question of time? It’s likely that for one of the Crosses, and a waiting game for the other. 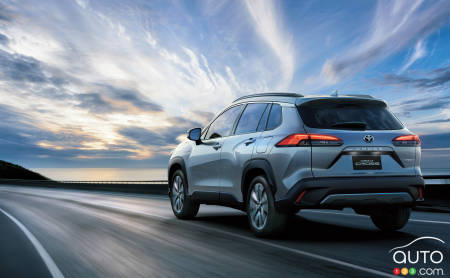 Toyota has just removed the Yaris from its North American catalogue. It seems very reasonable to assume that the Yaris Cross is destined to slide into its spot in the lineup. Things are a little more complicated when it comes to the new Corolla Cross, mainly because its size puts it in the same picture frame as the C-HR, with which it shares chassis and wheelbase. By the way, do you see a lot of C-HRs on the road? We think a Corolla Cross would be much more successful.

There’s speculation that the model will in fact cross the ocean to North American shores, and if so it could well be to bump the C-HR out of the way. This is a big guessing game right now, but logic leads to certain conclusions. And Toyota needs to make logical decisions with this; it can’t really afford to trip up.

The Corolla Cross we meet today is officially being presented for the Thai market, and there it will be offered in regular and hybrid configurations. In case you’re wondering, it's slightly longer, wider and higher than the C-HR.

Otherwise, the Corolla Cross is equipped with MacPherson strut front suspension, torsion beam rear suspension and four-wheel disc brakes, and is available with 17- and 18-inch wheels. 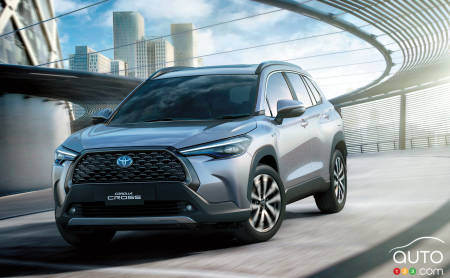 RAV4 outside, Corolla inside
Visually, the new model looks like nothing so much as a baby RAV4. Up front, there's a pronounced black grille as well as LED headlights and daytime running lights. The SUV also features black bumpers, side skirts and wheel arches, as well as black roof rails.

While the exterior is distinctive, the interior is essentially that of the Corolla hatchback. A large, floating touchscreen display sits on the centre console, and the digital gauge cluster and vents are the same as those on the hatchback.

Sales of the new Corolla Cross will begin this month in Thailand. The model will also be sold in other markets in the near future. Rumours are, as mentioned, sending it to our market down the road, but that remains to be confirmed. 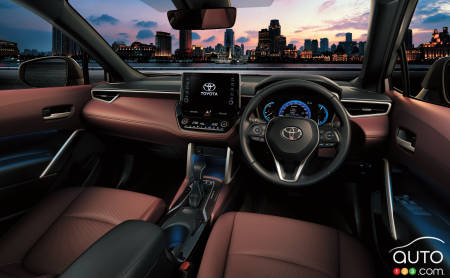 The 2021 Toyota RAV4 hybrid benefits from the fact that for the moment it still has few direct rivals, and from the lack of inventory of the Prime version of...