The first generation of the NX SUV entered the Lexus lineup in 2015, and right from the start, the model was a hit in both the U.S. and Canada. For 2022, Toyota's luxury division is debuting the model’s second generation, which promises to raise the bar on many levels.

That said, the design, which features an even bigger front grille than before (where will this madness end?), is sure to remain controversial. Esthetic tastes aside, however, the offer has been improved, so the NX should draw in an even more wide-ranging clientele.

Notably, four powertrains will be offered. Yes, four! That's two more than currently available in the outgoing NX. When a manufacturer takes such an approach, it's because it has big ambitions for its product. 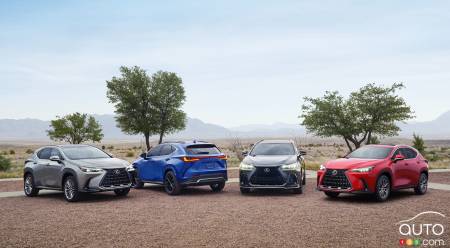 Photo: Lexus
The four versions of the 2022 Lexus NX

Four versions
The biggest news of course involves the "new" choice offered to consumers, as well as the content of this choice.

The ball gets rolling with a 250 version with a 2.5L 4-cylinder engine offering 203 hp and 184 lb-ft of torque. This is standard stuff for the model.

For those wanting more power, there’s the 350 version, which gets a new 2.4-litre turbo 4-cylinder engine; it’s capable of delivering 275 hp and 317 lb-ft of torque.

After that, we get into hybrid powertrains. The 350h variant serves up a 2.5L 4-cylinder engine that, because of its electric-motor support, makes 239 hp. That represents a 20-percent increase over the current equivalent (300h with 194 hp).

The icing on the cake is the addition of a plug-in hybrid variant, a clear spiritual cousin of the Toyota RAV4 Prime. This time, the 2.5L 4-cylinder engine is paired with a combination of electric motors. Note the announced range of 58 km and the all-wheel drive, of course. Let's just hope that buyers don't have to wait 12 to 18 months to get a model, as happened early on with the RAV4 Prime.

Lexus did say, mind you, that they expect the biggest seller in the lineup will be the 350h regular hybrid version. 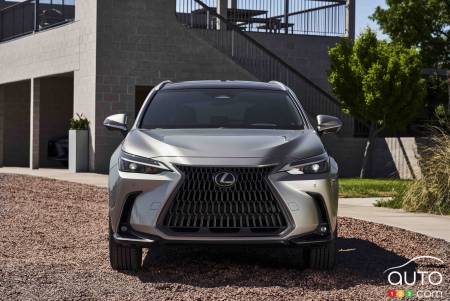 New multimedia interface
Anyone who's ever spent time in a Lexus knows how infuriating the multimedia system interface can be. The touchpad that gives you access to it is an almost certain source of aggravation.

There’s good news on that front as the company says it has completely overhauled the system. The 2022 NX comes with a 9.8-inch or 14-inch touchscreen, depending on the version. There are still buttons for the climate and audio controls, the company promises. Also included is wireless access to apps, as well as wireless device charging. We'll wait to see to experience the system before forming any opinions, but it sounds pretty promising. 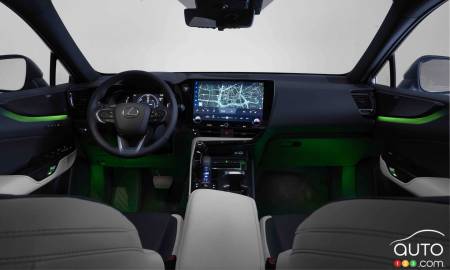 Safety
Lexus continues to evolve its package with the LSS 3.0 suite, which adds a lot of features that would be too long and boring to list here. Two notable additions are a system that allows doors to open smoothly at the touch of a button, whether entering or exiting. Combined with the Safe Exit Assist system, the driver and passengers get a signal if a vehicle or cyclist is in the vicinity to help avoid collisions. An optional digital rearview mirror is also available. 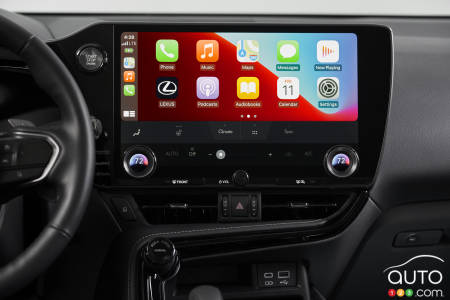 F Sport
Finally, the F Sport models continue to be part of the lineup. The package is available with the turbo version and the plug-in-hybrid version of the model. This is noteworthy because it means the plug-in package, which includes an adaptive suspension, is not only earmarked for the turbocharged model, but also for the most fuel-efficient one. It's always nice when consumers don't have to compromise between sportiness and frugality.

We could go on - the revised 2022 Lexus NX offers several other new features. For now, suffice to say that Lexus has gone all out with this second-generation model, and when you add up the changes and improvements, the NX should continue to be a success.

Production of the NX is slated to start in the last quarter of this year. So we can expect to see it arrive in late 2021 or early 2022. Prices will be announced at that time. 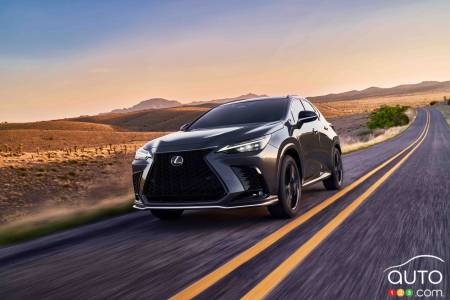 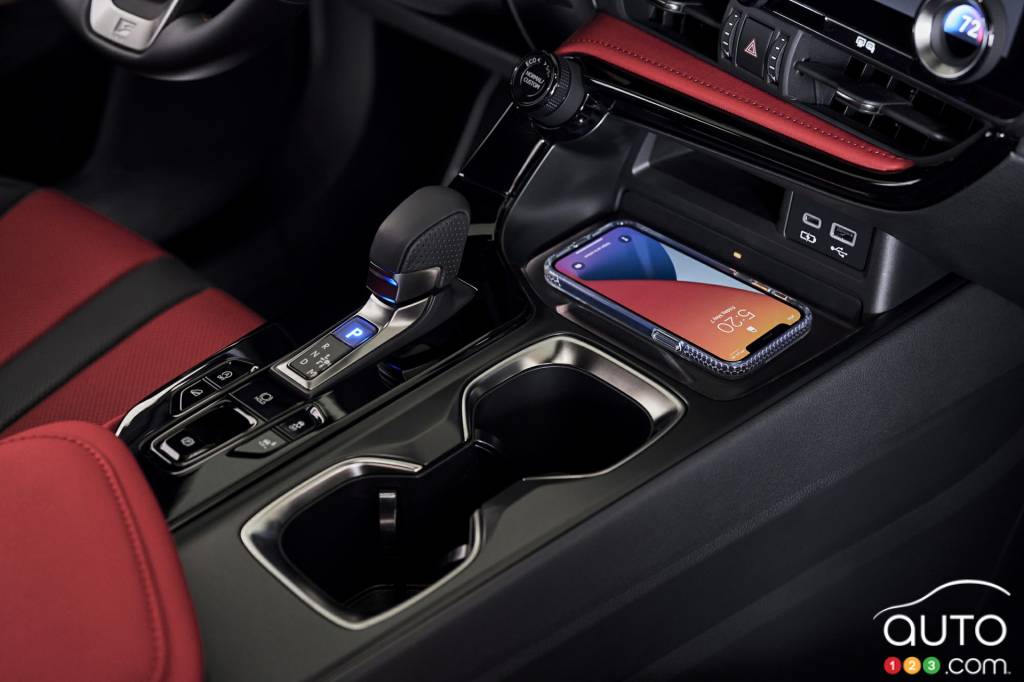 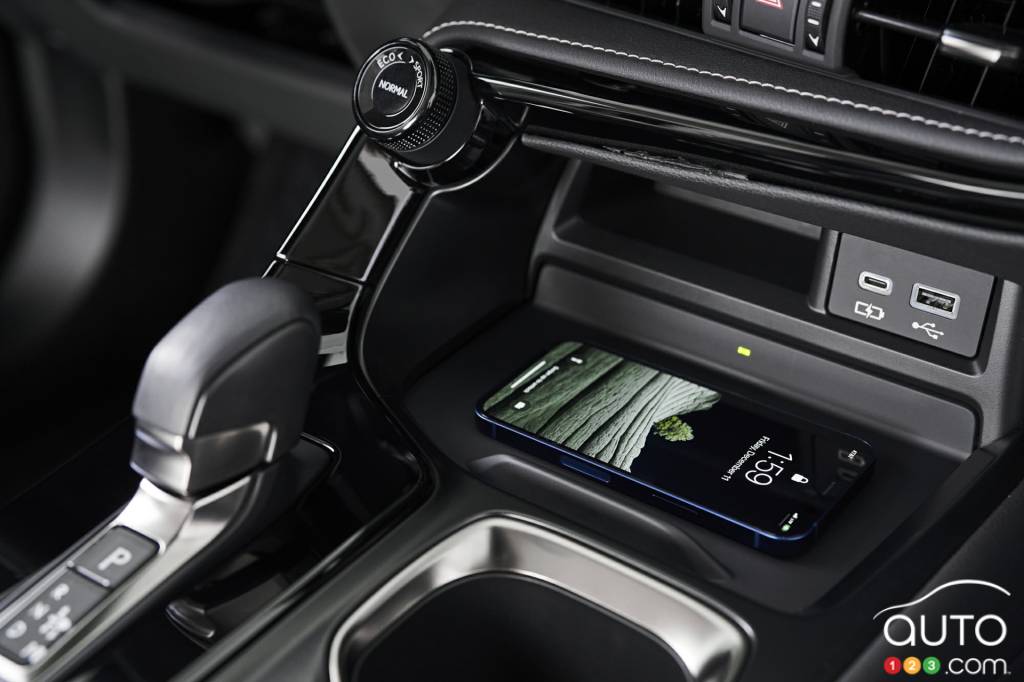 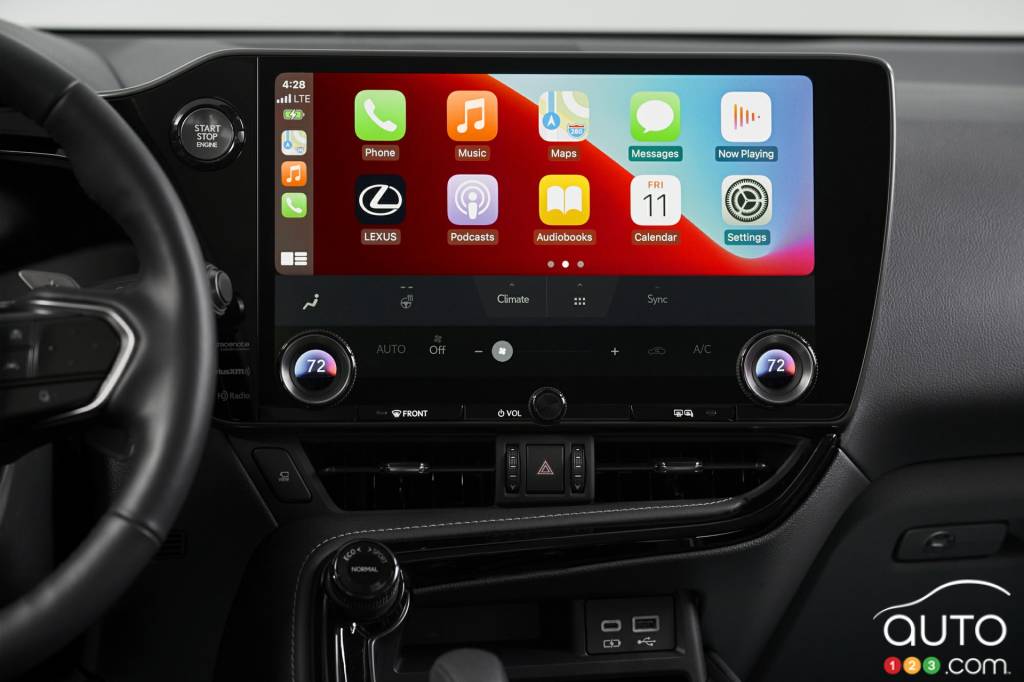 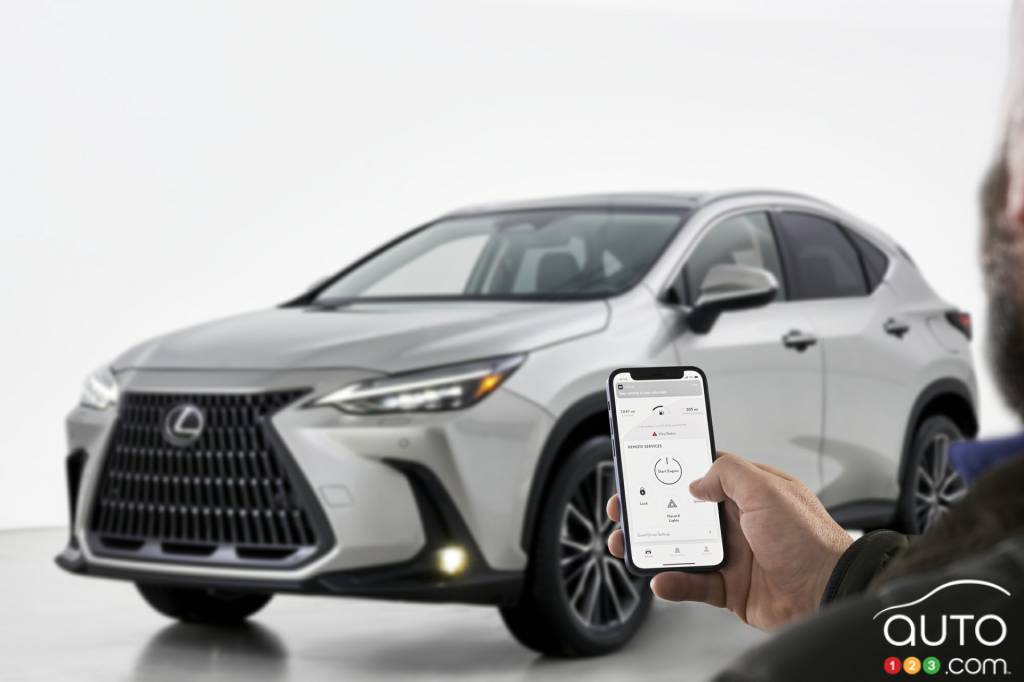 Lexus will introduce the second generation of its NX SUV on June 11. Expect some changes, of course, but also some continuity, as the NX has been a solid sal...