The SL is an iconic model within the Mercedes-Benz family. It has been offered since 1954 and through history, some of its generations have become legends. Most notably, we think of the veritable tank offered by the German automaker without much change between 1971 and 1989.

The current generation is of course the most accomplished, most powerful, most refined and most luxurious in the SL’s history. However, the appeal of this type of model is not what it was, and for the future, the company had to change things up.

And it's not doing it halfway. For one, the next SL will only carry the AMG badge and for two, it will be presented with four-wheel drive. We're talking about the Mercedes-AMG SL, remember.

Mercedes-Benz currently has the model in testing in winter condition in Sweden, and was happy to share images of that today. Things look promising for the eighth-generation model.

As for the roadster's styling and proportions, we’re still looking at a long hood and a short trunk. Also revealed in the new images of the test model is that for the first time in 20 years, a soft top will be offered. A dominant grille and tapered headlights can also be seen, but for the rest, it's hard to see the details, as the prototype was wearing its camouflage outfit. As for the AMG-only strategy, Mercedes-Benz has confirmed that, for the first time, the next SL will be available only in this iteration. At the same, the company has not divulged technical specifications. We can expect the return of the V8 engine and it's reasonable to assume that the more affordable variants will receive a 6-cylinder engine. Some electrification also seems likely.

And, of course, despite the presence of 4Matic all-wheel drive, the car's initial configuration remains rear-wheel drive. We can also guess that the rear will be favored, so that the sportiness of the driving experience remains. Also, by offering all-wheel drive, the SL can be driven year-round. We’ll see about that, but the return of the hardtop would be desirable, as the soft top is not exactly ideal in winter.

Mercedes-AMG will also be testing the new-generation SL on the Nürburgring racetrack in Germany over the next few months. The automaker explained that its goal is to make the new generation much sportier. We'll have a better idea of this when the 2022 SL makes its debut later this year. 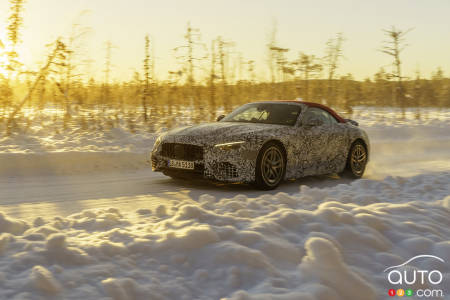 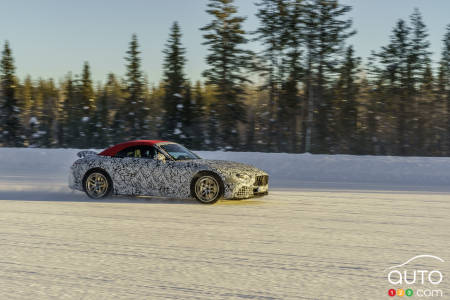 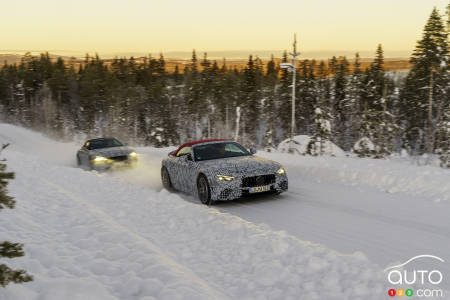 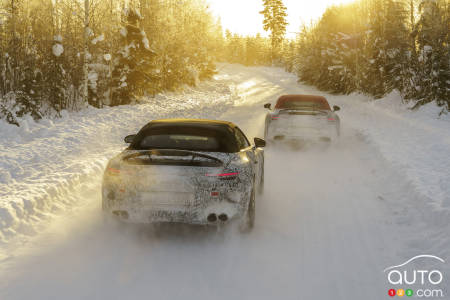