A few weeks ago, Nissan showed us some early images of the new next-generation 2022 Qashqai. Today, the automaker put on the virtual unveiling of the model destined for the European market. It’s the latest in a slew of model revisions for a suddenly very, very busy car manufacturer.

With new Rogue, Pathfinder, Frontier and Qashqai models here or on the way, Nissan dealerships are prepping for a hectic year, to say the least.

The unveiled Qashqai introduced today is in reality the third generation of the model, though as far as North America is concerned, it’s actually the second, since the Qashqai made its debut in 2006 before being introduced in 2017. Designed and built in the United Kingdom, the SUV will once again launch first in Europe before crossing the Atlantic. We’re guesstimating it will be presented for our market somewhere later this year and debut at the end of 2021 or early in 2022.

The proportions of the Qashqai, which sits between the Kicks and the Rogue in the Nissan lineup, remain unchanged, but the styling has gotten more aggressive. There’s an unmistakable kinship with the larger Rogue, especially at the front, which borrows the same visual signature. The front grille is more massive, which we also saw with the other new Nissan products recently unveiled. Clearly, the company wants to reinforce the image of its models, as well as their presence on the road.

Despite similar proportions, the new Qashqai is 25 mm higher, 35 mm longer and 32 mm wider than before. Its wheelbase has been lengthened by 20 mm, which translates into a 15-mm gain in headroom height and a 28 mm more rear legroom. Behind the second-row seats, the new suspension configuration has lowered the floor by 20 mm, resulting in a 50-litre increase in cargo volume.

Yet for all that, the model is lighter than before, and that’s thanks to the use of aluminum for the doors, fenders and hood. The tailgate is made of composite materials. The structure is 41-percent stiffer, which should translate into a more engaging experience on the road, which is welcome.

On board, the presentation is richer with upgraded surfaces. This was announced in early February, but we now learn as well that massage seats will be offered with the higher trims. Wireless charging for electronic devices is also part of the offering for certain models. The dashboard features a 9-inch touchscreen that houses Nissan's next-generation multimedia system. It is of course compatible with Android Auto and Apple CarPlay applications.

In front of the driver sits a 12.3-inch instrument cluster that can be configured to display various information, including navigation. Of course, this kind of element comes into play on the highest trims. The same goes for the 10.8-inch head-up display system that made its debut with the new Rogue.

It’s worth remembering that this remains a value-focused vehicle that's been successful because of the more-affordable price of its entry-level versions. Still, by showing us all the stuff that can included with it, Nissan is sending the message it can aim higher as well.

The ProPilot semi-autonomous driving system will be available with automatic transmission models. It allows drivers to let themselves be guided on the highway, but the Qashqai version also analyzes navigation data to know when there's a curve or an exit ramp, so you can predict when to brake.

Mechanically, for the European market, two 1.3L 4-cylinder engines with a light-hybrid system are possible, as is a 1.5L 4-cylinder hybrid powertrain. Our product offering may differ, of course. At the moment, our Qashqai is equipped with a 2.0L 4-cylinder engine making 141 hp and 147 lb-ft of torque. 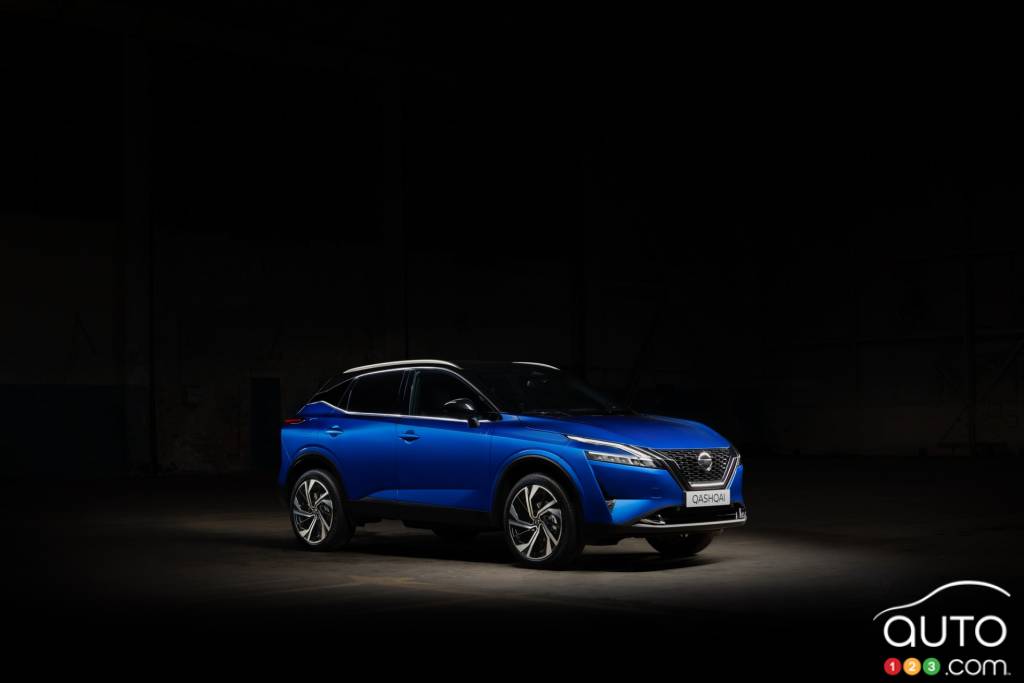 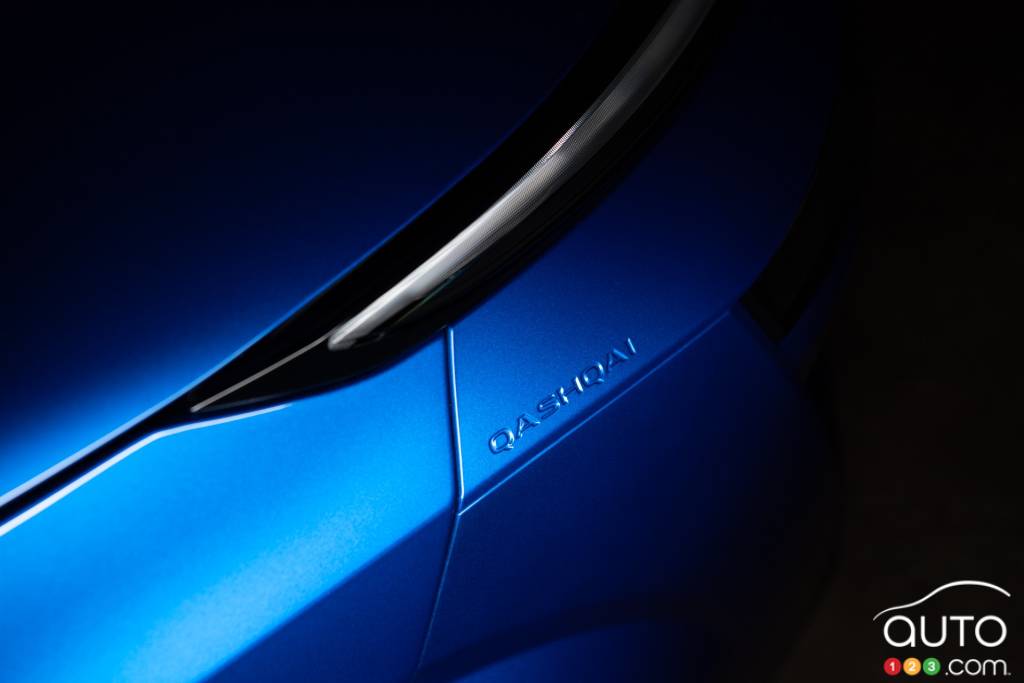 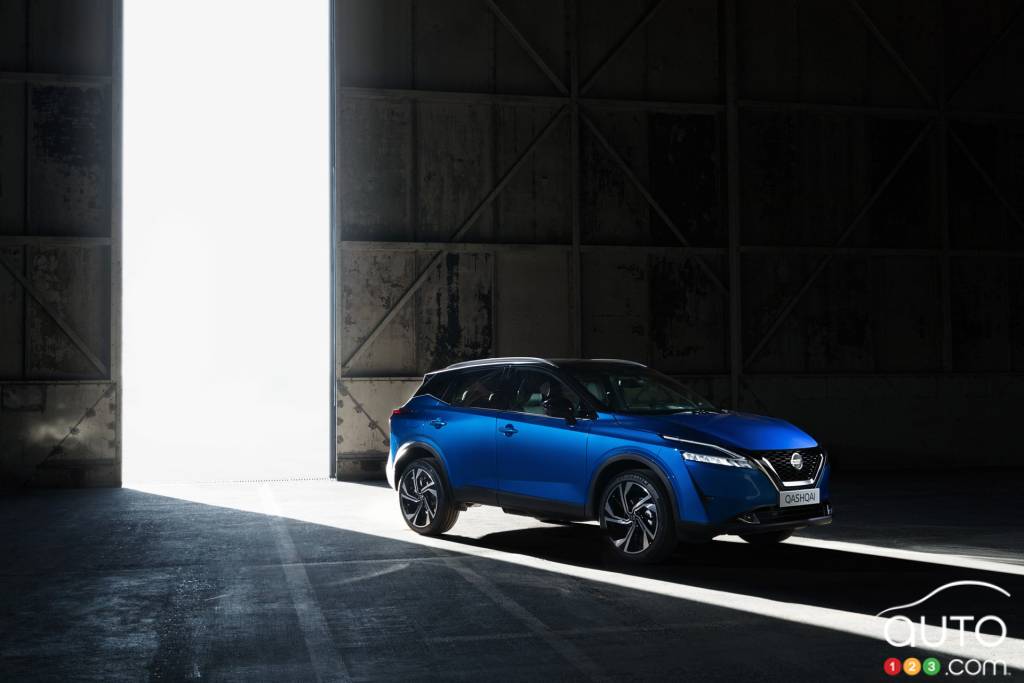 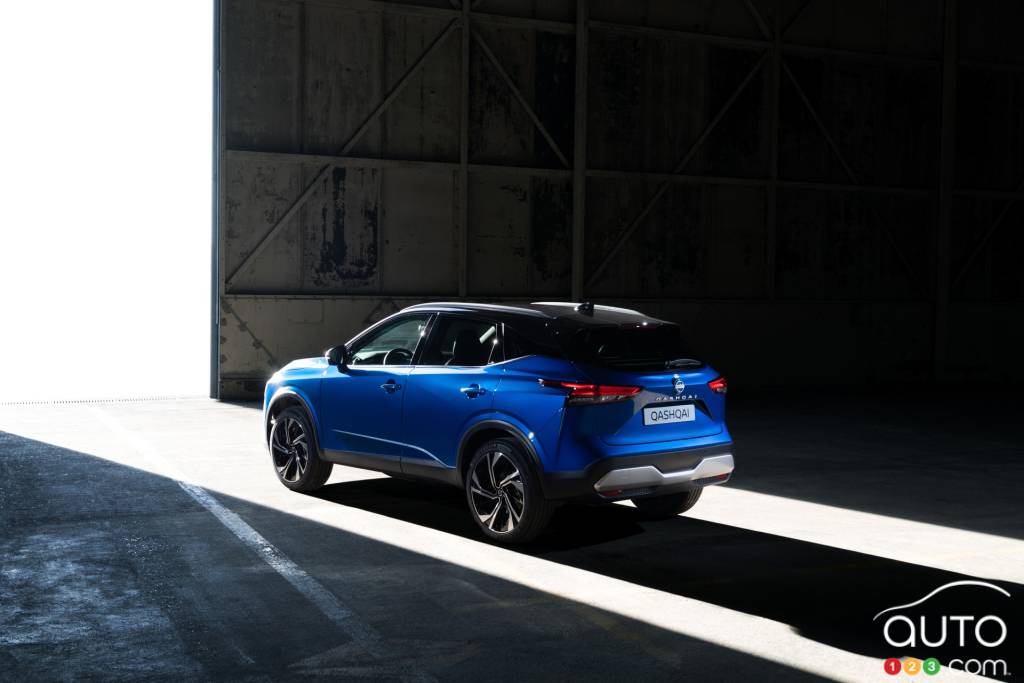 Nissan Gives a Preview of the Next Qashqai

Nissan released a first teaser video ahead of the February 18 presentation of its revised Qashqai subcompact SUV. The version previewed is the one destined f...

The next Nissan Qashqai Could Include Hybrid Technologies

Details regarding the next generation of the Qashqai are starting to circulate online, and the most notable has Nissan looking at two different hybrid-system...