The ZR2 Bison version, set to sit at the top of the Silverado model range next year, won't be cheap; details on that to come Automotive columnist: Daniel Rufiange , Updated: 2022-08-16 To say that off-road versions are in vogue in the world of pickups and SUVs is an understatement. Things continue to get crazier and crazier as as more and more offerings hit the market.

The latest is Chevrolet's Silverado full-size pickup truck. Last year, we were introduced to the ZR2 version of the model and now the Bison variant is making its debut. We've been waiting for it for a while and now here it is.

If you're familiar with the names, that's normal, because these combinations were first introduced with the compact truck in the brand’s lineup. The Bison version of the Chevrolet Colorado ZR2 has been part of the model roster since 2019.

And as with the Colorado, the Bison version of the Silverado was developed in collaboration with the off-road experts at AEV (American Expedition Vehicles) Group. Of course, the ZR2 Bison version is designed to be the most able off-roader in the range, and it will rest at the top of the hierarchy. 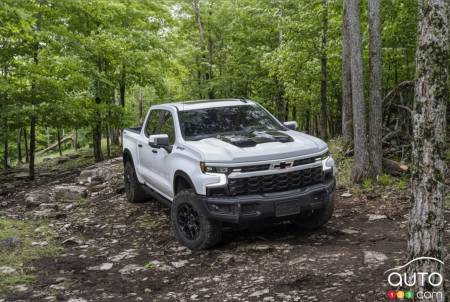 The Bison model, based on the ZR2 it adds five underbody skid plates and rocker panels. It also replaces the front and rear bumpers with stamped steel units that incorporate step plates and tow hooks at the front. The exercise required a redesign of the components, needless to say. In addition to its unique black wheels, this Bison version stands out with its body-colour-matched grille, as well as a matte black panel on the tailgate. Note that the Multi-Flex version of the tailgate is standard. There are also Bison and AEV logos, both inside and out.

Mechanically, like the ZR2 version, the ZR2 Bison is powered exclusively by the company's 6.2L V8, a beast developing 420 hp and 460 lb-ft of torque. Power is sent to the wheels through a 10-speed automatic transmission. The front and rear differentials are electronically locked. 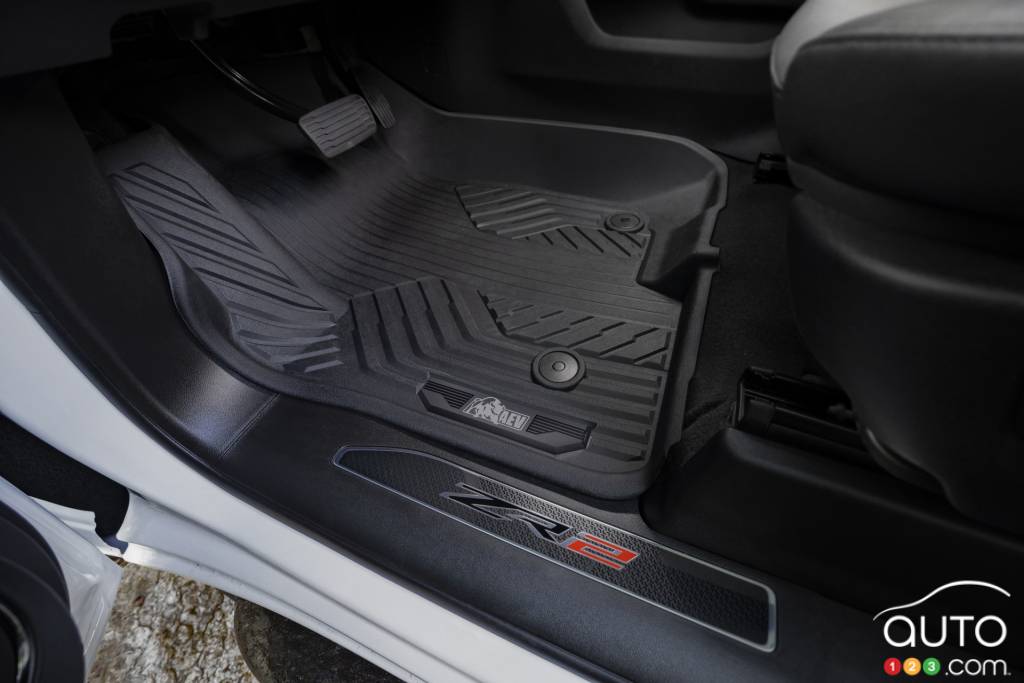 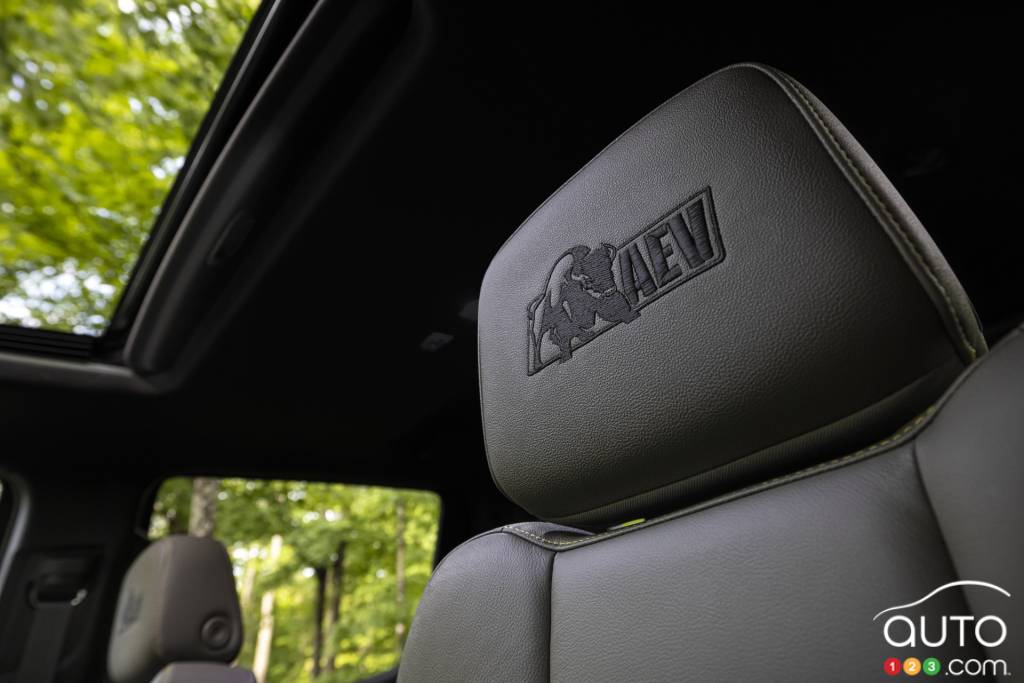 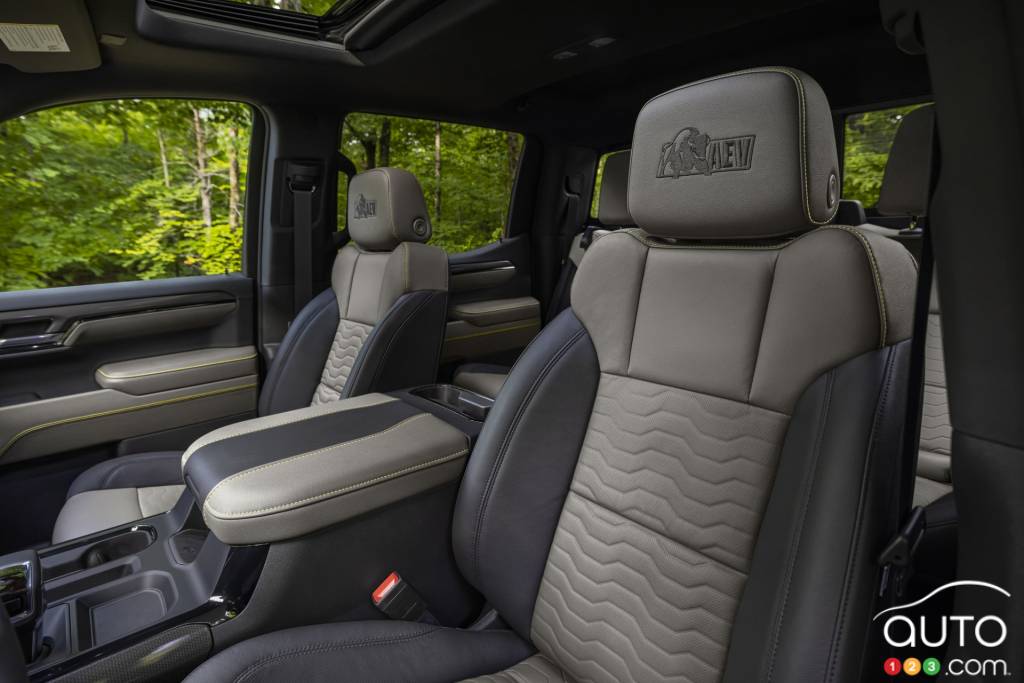 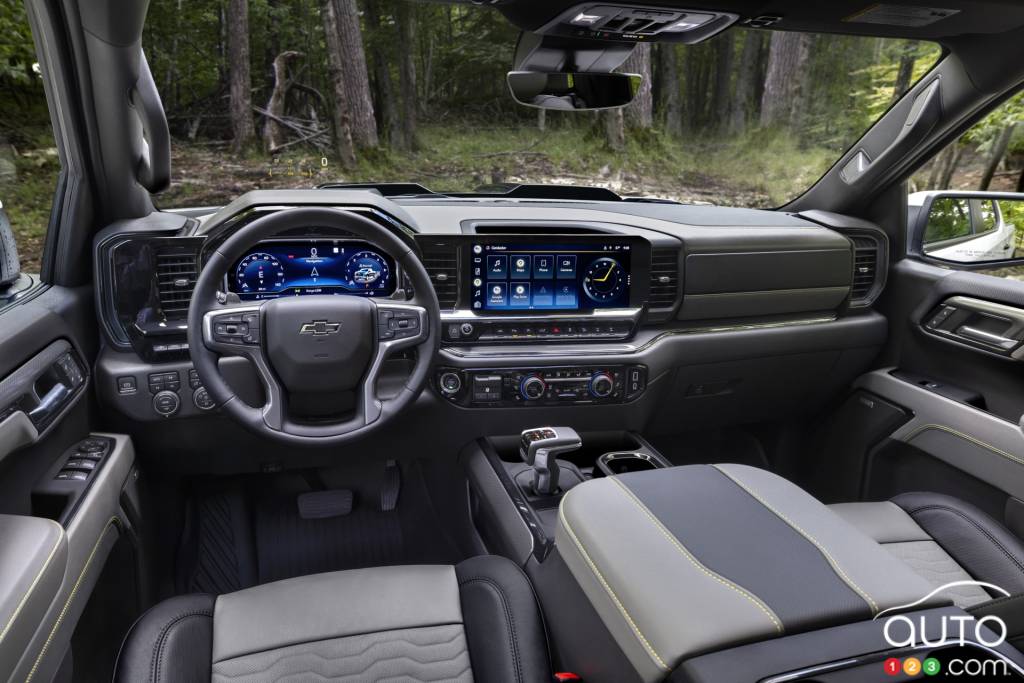 Via a teaser image, Chevrolet has confirmed that the HD version of its Silverado pickup will get the ZR2 off-road treatment. Given what we know of other ZR2 ...

We trekked to Ontario north of Toronto to discover the new 2022 Chevrolet Silverado ZR2 on a rainy day recently. Here’s our first-drive review of an attracti...

Chevrolet is adding a Bison version to its new Silverado ZR2, and it’s coming this summer. The model will be revealed in full a little later, but we're alrea...