•    The big news for 2023 is the arrival of the TrailSport variant, focused on off-road driving.

•    The model is again powered by a 3.5L V6. Honda presents it as new because of the improvements that have been made.

A few weeks ago, Honda unveiled the fourth generation of its Pilot SUV. The company’s Canadian branch has now announced the price range for the model to be offered in Canada.

When it goes on sale officially in Canada on December 12, the SUV will have a starting price of $50,650. The 2023 Honda Pilot is a little bigger and roomier than the model it replaces, but fans will still recognize the formula that’s been behind the success of the SUV over the past 20 years. 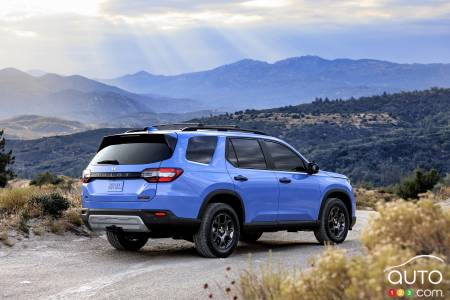 Here are the details of the 2023 offering:

2023 Pilot Sport (MSRP: $50,650) - This base version features the necessities in 2023, including compatibility for Apple CarPlay and Android Auto apps, heated front seats and three-zone automatic climate control, as will a power-deployable liftgate.

2023 Pilot TrailSport (MSRP: $57,450) - This new variant is designed for off-road driving. The enhanced capabilities include a suspension tuned for off-roading, 25 mm of additional ground clearance, skid plates and off-road tires, as well as unique interior accents like orange contrast stitching.

The Touring version also offers a removable second-row centre seat. This can be hidden in the floor, which translates into more versatility. The Bose audio system has 12 speakers with this variant.

2023 Pilot Black Edition (MSRP: $62,850) - This model primarily offers a different aesthetic package marked by black. Along with the Touring model, it features a richer exterior finish. With such a steep price tag, it had better. 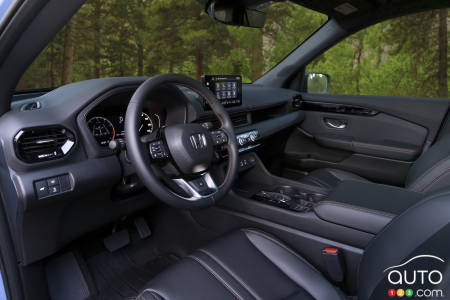 Not that the 2023 Pilot is once again served by a 3.5-L V6 engine. Honda has made improvements to it, enough of them in fact that it's calling it a new engine. Power is up slightly, but only by five horses (280 to 285). A 10-speed automatic transmission is the link between the engine and the four wheels.

Note that with all prices, you have to add shipping and preparation fees, an expense of $1,950 with each variant. As for the rest, we'll be able to give you our impressions when we test drive the model on its official debut.

Here are the details about the Honda model lineup in 2023 in Canada. Honda has renewed several of its vehicles in the last 18 months, and more are coming thi...

Toyota Canada has set the starting price for the 2023 Toyota RAV4 at $32,150. Counting the Prime variants, there are 16 grades offered in all, including one ...