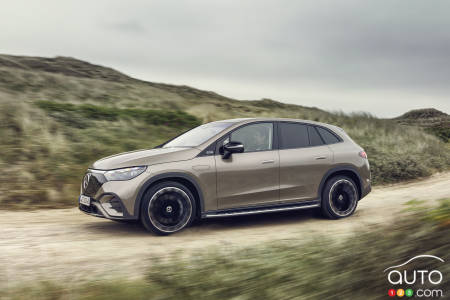 •    The two-row all-electric SUV is smaller than the EQS SUV, and will be roughly equal to the EQE sedan in many respects.

•    No official range figures are available yet, but based on the numbers from European testing it's expected it will be somewhere between 450 and 480 km in North America.

•    For the first time in an EQ model, the rear axle can be disconnected for a FWD configuration to improve energy efficiency.

Mercedes-Benz has presented the fourth model in its steadily growing lineup of EQ all-electric models. As it did with the EQS SUV that retained most of the EQS sedan but in SUV format, the new EQE SUV takes much from the EQE sedan, especially its performance capabilities and its interior features, innovations and comforts. Here’s how Mercedes Chief Engineer Dr. Oliver Röcker sums up the mandate of the newest EQ model:

“The EQE SUV is the multi-purpose variant of the EQE executive saloon, available just like this latter model with the key innovations of the EQS yet at the same time more dynamic than the EQS SUV. In other words, a family member with the best qualities and for every occasion.”

The automaker has simultaneously rolled out the AMG-conceived performance variant of the model, the Mercedes-AMG EQE SUV. We have more on that model here. We saw the EQE SUV up close and in person a few weeks ago at the first-drive event for the EQS SUV, but were kept mum on it until its official reveal today. 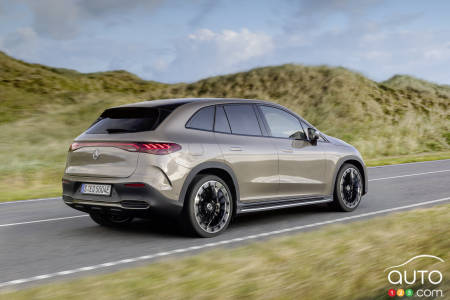 Built as all EQ models are on the automaker’s new EV-dedicated platform, the EQE SUV does have a wheelbase 9 cm shorter than the EQE sedan at 3,030 mm, and overall length at 6,853 mm is also less.

The EV will be offered in two trim choices in Canada, the Electric Outline and the AMG Line, and with one of two powertrains, thus with the monikers EQE 350 4MATIC SUV and EQE 500 4MATIC SUV. Which means of course that all versions sold in Canada feature all-wheel drive.

Mercedes touts the model’s range of up to 550 km, but that’s on the European cycle and it will be less for the models sold here. We can expect a figure similar to the EQE sedan, expected to hit a maximum of somewhere between 450 and 480 km. Note that the EQE SUV comes with a thermal heat pump designed to control temperatures as they relate to the battery and other components in order to maximize range and energy efficiency. 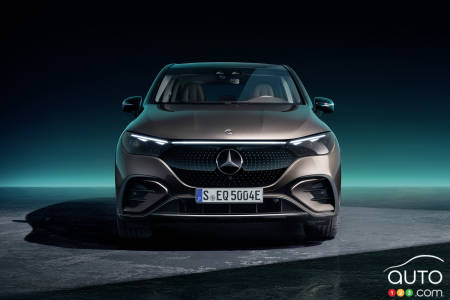 The EQE SUV is presented as a model that can be highly personalized, and to that end, Mercedes is making available OTA (over the air) updates so that after purchase, owners can add new features not included in the model coming out of the factory.

Initially, though, there are many options buyers can pick right away (and guarantee the bill shoots up impressively). Most notable among them is the company’s MBUX Hyperscreen that features in the new EQS sedan and EQS SUV, among others. This option places on the dash – virtually ALL of the dash – a three-screen setup in one seamless display that spans 141 cm.

Beyond that, the standard climate control system is dual-zone as standard, four-zone as an option. Both the audio system (an impressive Dolby Atmos unit) and a host of customizable lighting elements are designed to create a unique and soothing interior environment. 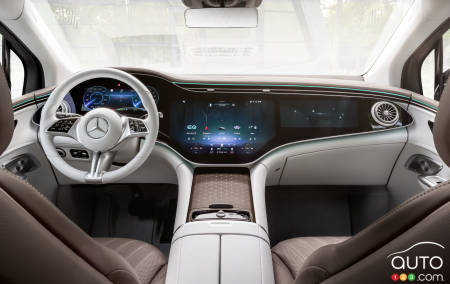 Production of the 2023 Mercedes-Benz EQE SUV is scheduled to begin this coming December at the automaker’s plant in Tuscaloosa, Alabama, with market launch expected in the spring of 2023. Pricing for Canada has not yet been announced. 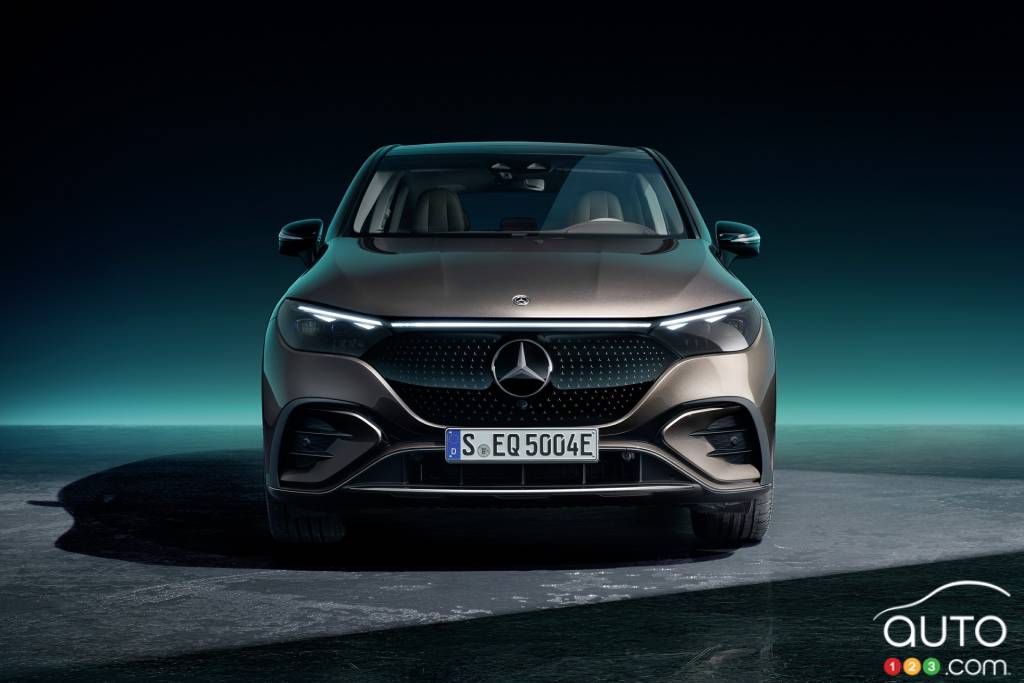 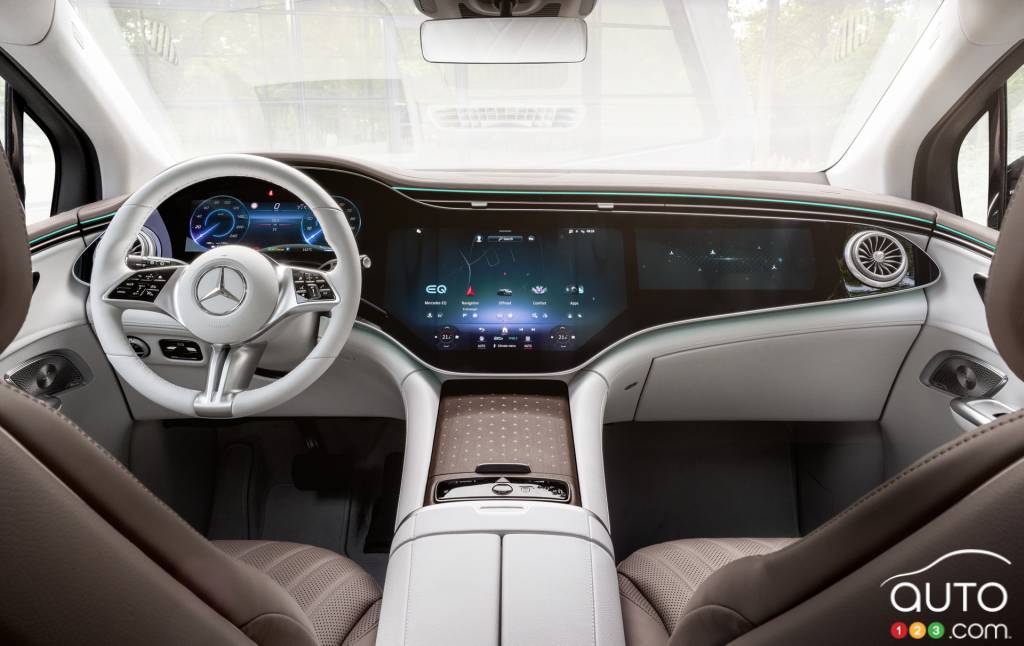 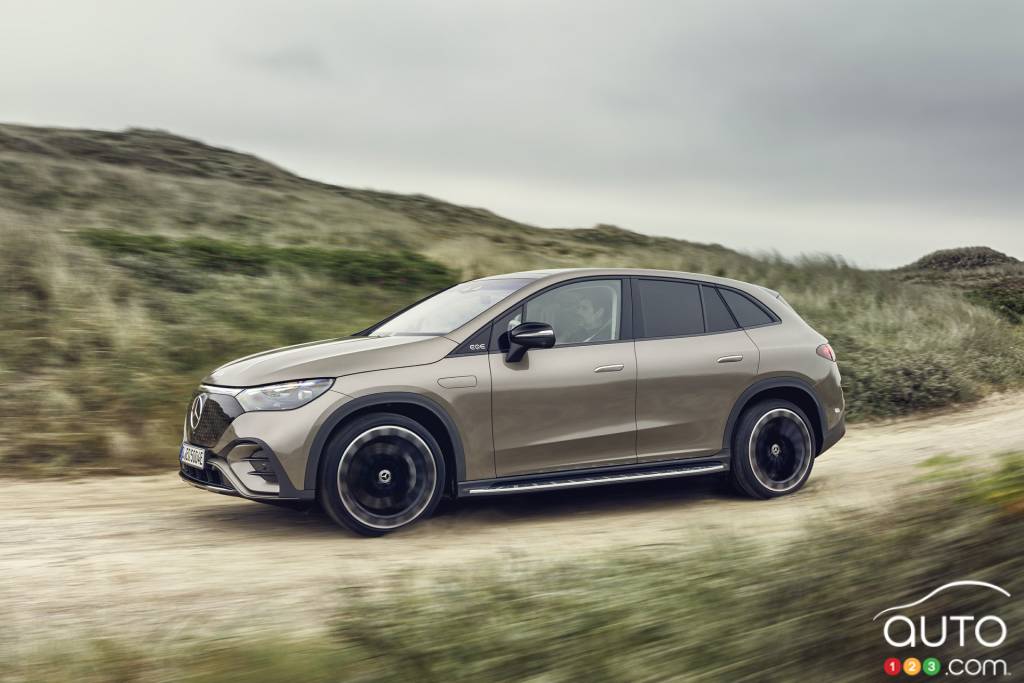 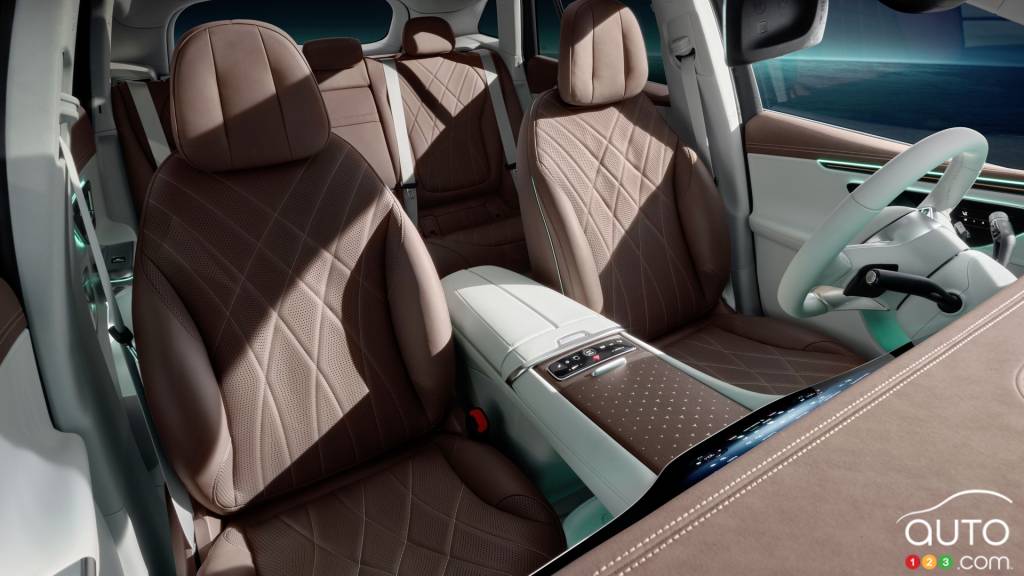 There was more than one revelation at the reveal of the EX90 SUV this week, as Volvo teased a quick glimpse of another electric SUV it plans to introduce in ...