Nissan has presented the updated 2023 LEAF, with the popular EV getting an exterior upgrade, a few interior tweaks and a streamlined model lineup for the new model-year.

In terms of its appearance, the 2023 LEAF features an enhanced front end appearance, with a refreshed front grille, bumper molding and headlight that feature a new black inner finisher. The Nissan badge is now illuminated and has been updated to the brand's new design identity.

As well, the shapes of the tire deflectors at all four corners, rear under diffuser and rear spoiler have all been modified to improve aerodynamics. The new LEAF also comes standard with new 5-spoke 17-inch aluminum-alloy wheels.

Inside, changes for the 2023 model-year include the new Nissan badge on the steering wheel and a new start-up video on the instrument panel screen. Black cloth is standard on SV and SV PLUS trims, with gloss black finishers. SL PLUS gets an upgrade to leather trim.

Trims
The 2023 LEAF will now be available in three grade levels: SV, SV PLUS and SL PLUS, which means the S PLUS trim is now gone.

The LEAF SV comes once again with a 40-kWh lithium-ion battery and 110-kW electric motor with an output of 147 hp and 236 lb-ft of torque, same as in 2022. And also like last year, the LEAF SV PLUS and SL PLUS get a larger-capacity 62-kWh lithium-ion battery and a 160-kW electric motor boosting output to 214 hp and 250 lb-ft of torque.

Range estimates for three models are not yet available but will be announced closer to launch. Nissan does say to expect range similar to 2022 models, in other words 240 km with the smaller battery and 363 km with the larger pack.

Pricing was not announced today; like with the range, we expect that information as the launch date of the model approaches.

Recall that last fall, Nissan confirmed that the LEAF will disappear by 2025, when it will make way for a new small SUV conceived based on the Renault-Nissan-Mitsubishi Alliance’s CMF-EV platform. The changes being made from here on in will likely thus be on the order of what we’re seeing here, which is to say minor. 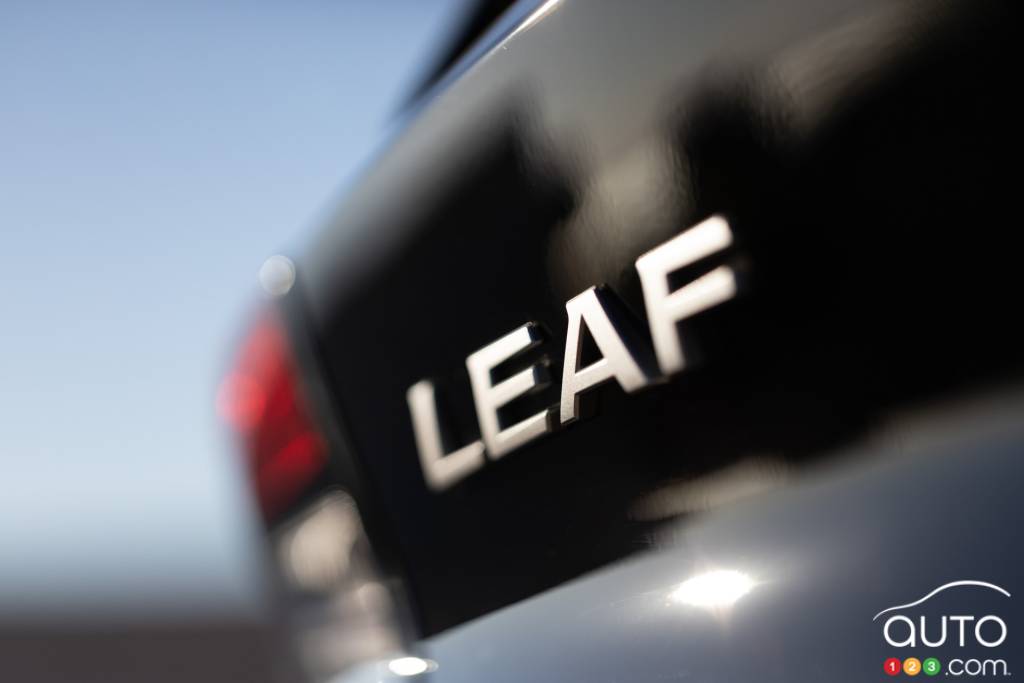 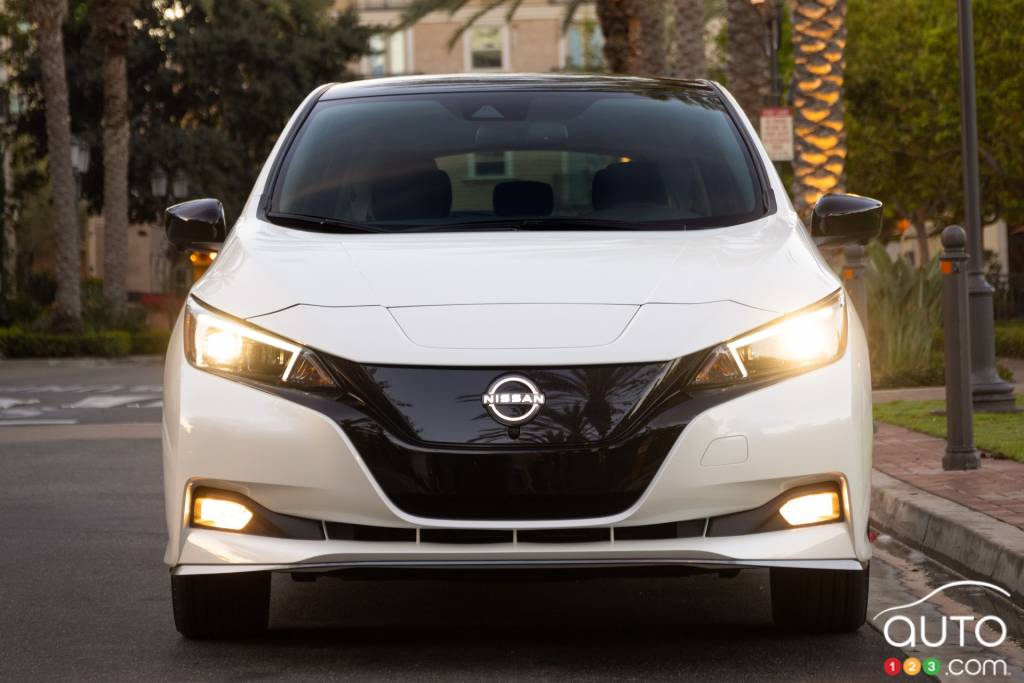 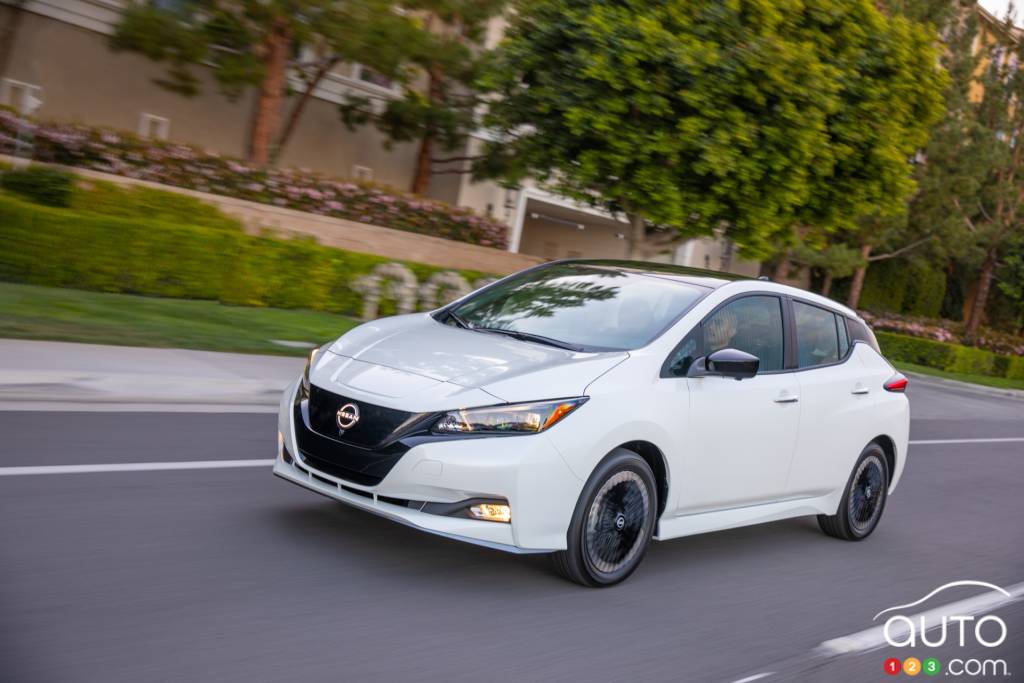 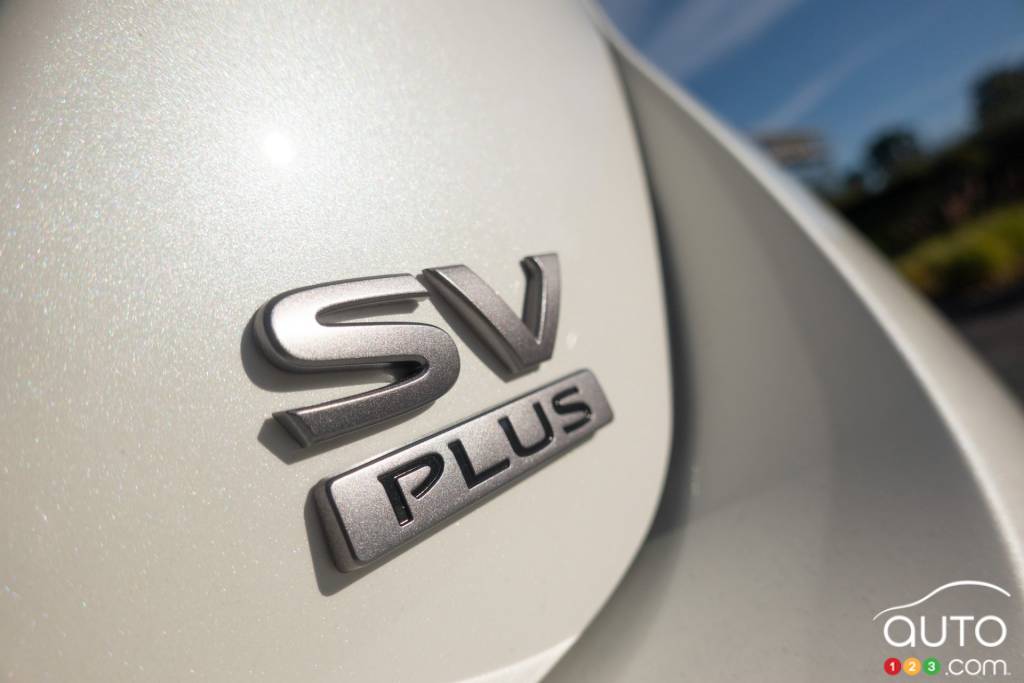 One of the pioneering all-electric vehicle models to hit our market will disappear by 2025, to make way for a new small electric SUV. The Nissan LEAF will ha...