Subaru has given its Ascent SUV a mild-to-medium design update for 2023, and added more technology to keep the three-row people-mover up to date vis-à-vis the competition.

Visually, those looking for differences with the outgoing Ascent will find them mainly at the two extremities. The more-prominent front grille and the headlights have been modified, with a horizontal bar now cutting through them and housing the Subaru badge. There are tweaks as well to the low end of the bumpers. The effect is to create a bolder-looking SUV. In back, Subaru has given the Ascent new C-shaped taillights for 2023.

On the safety front, buyers get the latest version of the EyeSight system as standard. A new wide-angle camera is now in place to provide a larger view of the goings-on around the vehicle, as we’ve seen in the new 2023 Outback and Legacy editions. The EyeSight suite now also includes emergency steering assistance, which works with the pre-collision braking function to prevent collisions when moving at less than 80 km/h.

The Ascent gets a 360-degree overhead camera view around the vehicle as well, for help with parking for example. Inside, there’s a larger standard screen awaiting buyers, the dimensions growing from 6.5- or 8-inch previously to 11.6 inches, and it’s vertically oriented. Wireless Android Auto and Apple CarPlay connectivity is included.

The navigation system now includes the what3words feature, which also debuted with the 2023 Legacy and Outback models and which allows the system to find any spot on the globe by the user choosing three words (the right three words, of course). Subaru further promises better communication between the first row and those behind, thanks to Cabin Connect, which features a microphone connected to the speakers of the harmon-kardon audio system (in some versions).

The Onyx edition introduced last year is back, and it’s been improved with green stitching and a panoramic sunroof. Its X-mode system has been updated as well to offer two new functions (Snow/Dirt and Deep Snow/Mud) for optimized performance in specific conditions. 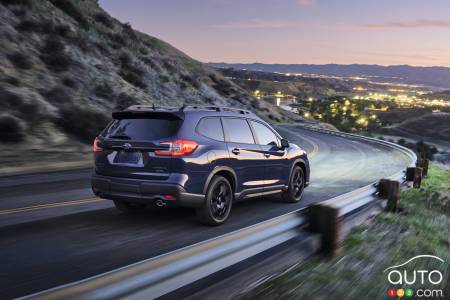 Otherwise, the new Ascent retains the same 2.4L turbo engine as before; in conjunction with a CVT with manual mode, it still delivers 260 hp and 277 lb-ft of torque, as well as a towing capacity of 2,270 kg. Need we add, Subaru’s symmetrical AWD system is back.

Pricing for the 2023 Subaru Ascent, which will be available in five trims, Convenience, Touring, Onyx, Limited, and Premier, should be announced as the fall launch date for the SUV approaches. 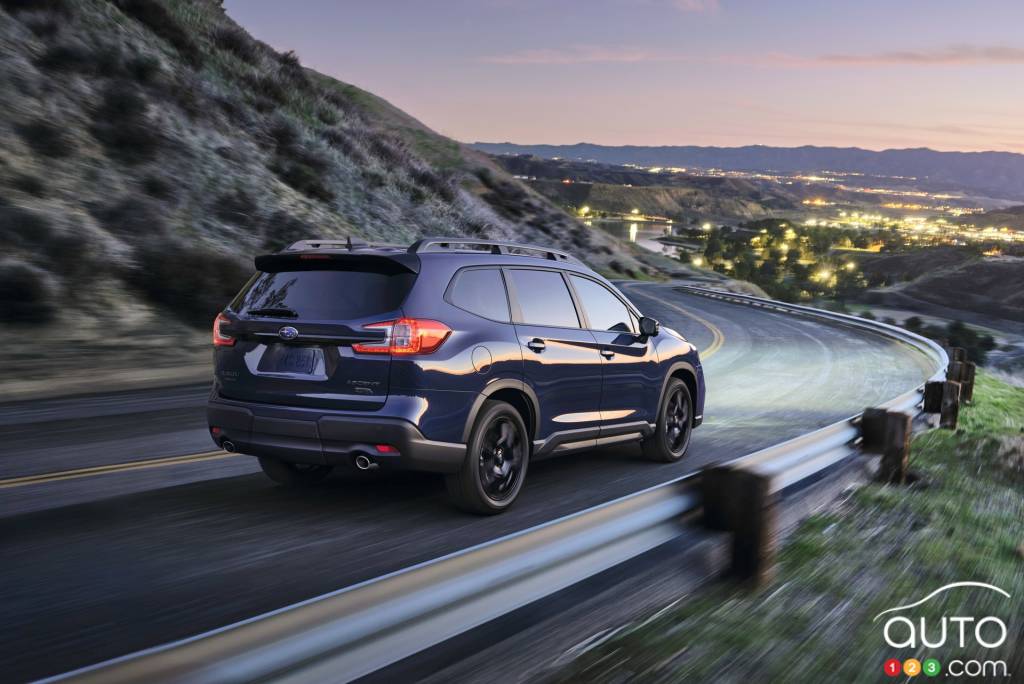 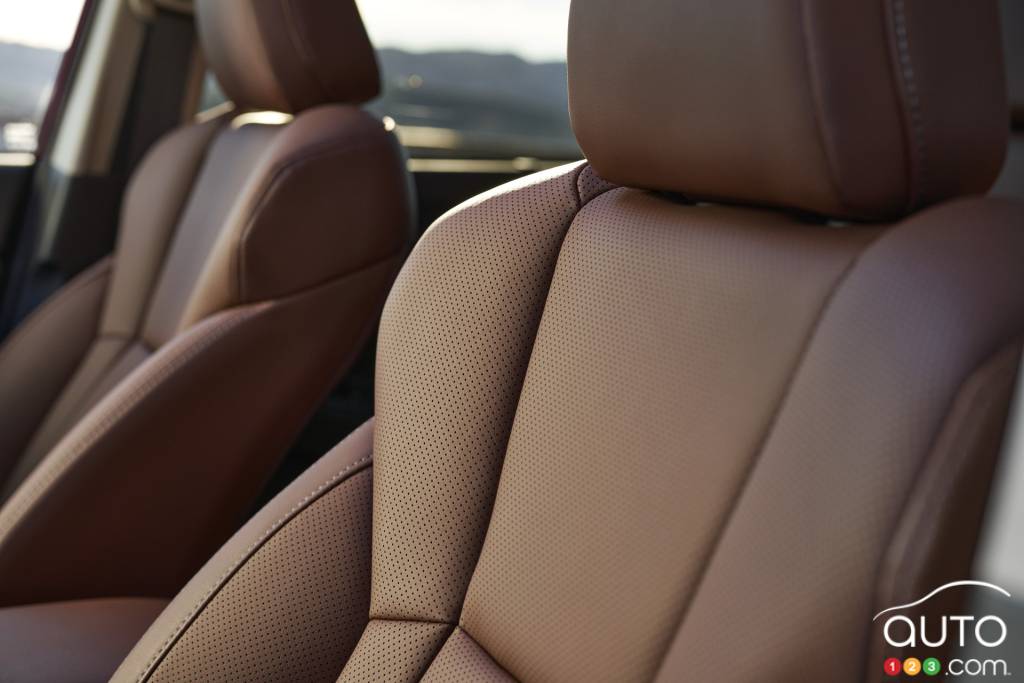 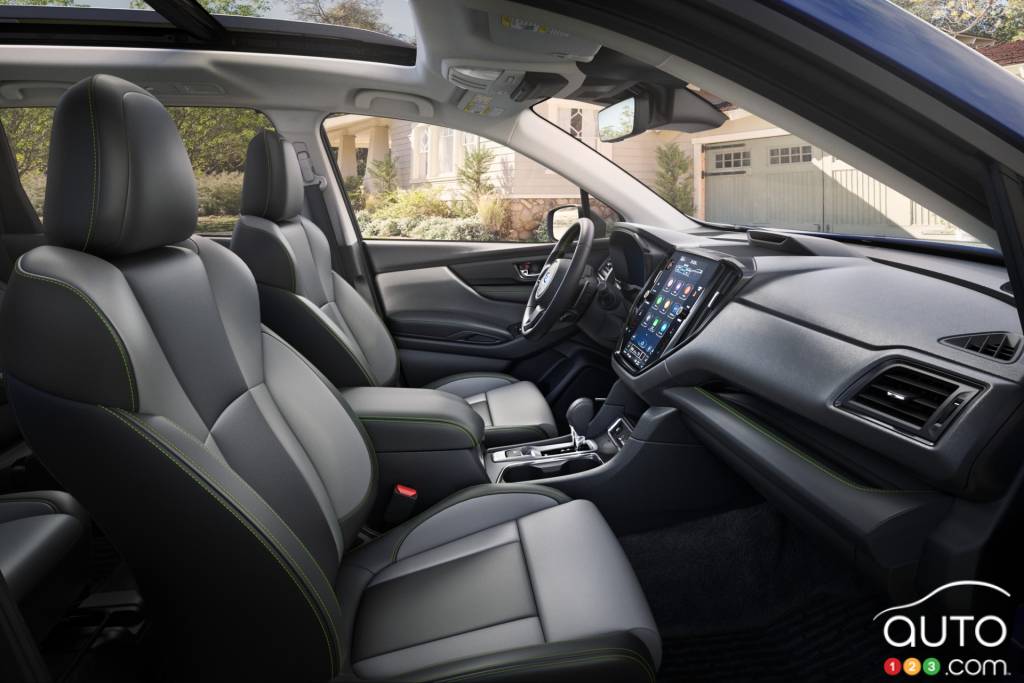 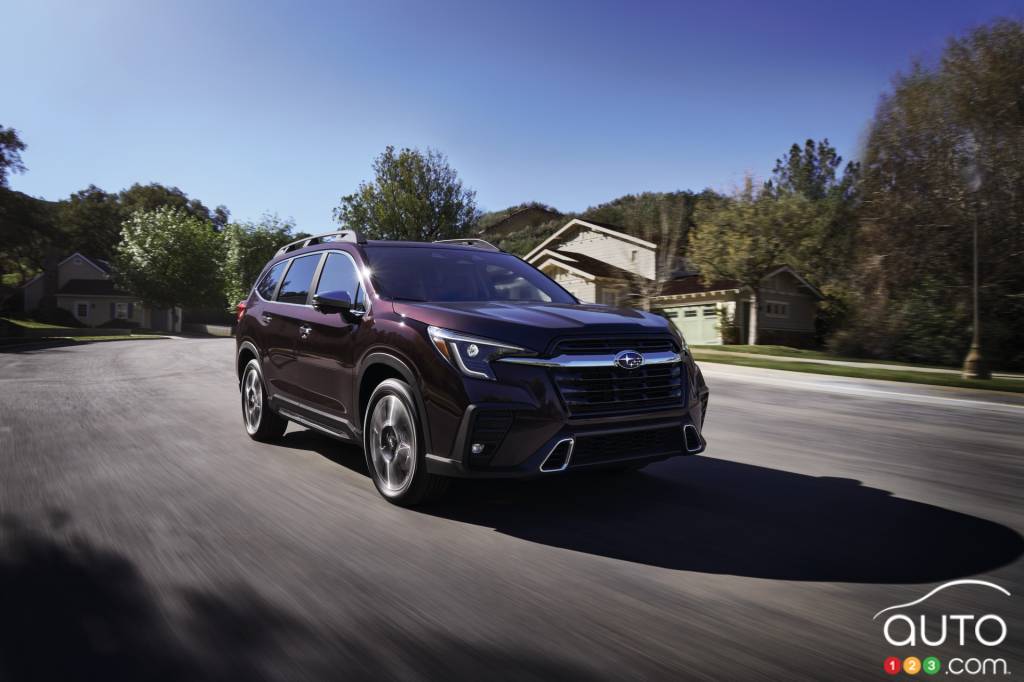