Auto123 tips its hat to Gilles Villeneuve, on the 38th anniversary of his death on the track in Belgium.

Over the past few weeks, with almost all of us confined to our homes, it has been easy to drift into nostalgia. For racing fans, deprived of their favourite sport, some have taken to looking back, to remember those who came before. Many television channels broadcast old races, which helps stir up memories for sure. Those were the days, some will say.

I have not escaped the temptation to look back during this period of confinement. One of my distinct memories that has popped up lately is that of seeing, live and on the track, my boyhood idol, Gilles Villeneuve. Today, May 8th, marks 38 years since the Quebec-born and –bred racing legend died in an accident at the Zolder circuit in Belgium. For anyone old enough to remember the sad event, it is never a day like any other.

On that day, Quebec did not just lose a driver; it lost a hero.

I will not take advantage of this soapbox to tell you once again about all his exploits, or how he died tragically. All of that has been recounted many times. And it hurts, too much, despite the passage of time. Rather, I will tell you about my May 8, 1982, a day I cannot forget. 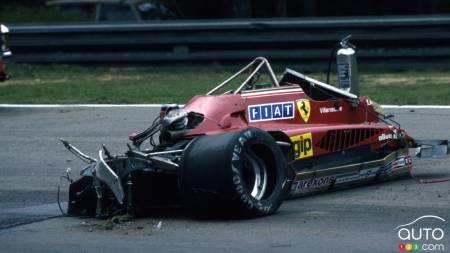 That morning, because with the time difference between Canada and Belgium everything was taking place what was for me in the morning, Gilles Villeneuve took part in the qualifying session for the next day's F1 race. I was one of those who followed each race very closely, so I was on the lookout for any news about his track results.

But as it happened, that morning, I was on my way to Montreal’s Olympic Stadium to watch the Los Angeles Dodgers take the field against our beloved Expos. As 13-year-old me sat in my father's van waiting for the bus that would take me to downtown Montreal, news came over the radio about a serious accident involving Gilles.

Then the bus arrived.

Remember, at the time there was no Internet, no smartphones, no televisions posted everywhere that spilled out to us in real time everything going on in the world.

So I entered the stadium a bit worried, but only a bit. It’s OK, I thought, Gilles is invincible. 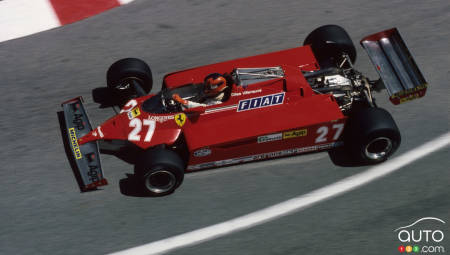 Photo: Ferrari
Gilles Villeneuve, on the track at Monaco

At some point during the match, I can’t remember during what inning, the terrible news of his death appeared on the Big O’s large scoreboard. Never had I seen so many people shut up simultaneously.

Suddenly, what was happening on the field was meaningless. I saw people crying.

The Expos lost 10 to 8. I didn't care. I just wanted to go home to the television set, so it could tell me the announcement had been wrong somehow. That Gilles was still alive.

When you're 13, your heroes aren’t supposed to die.

I still have a twinge in my heart when May 8 shows up on the calendar. It's going to be like that for the rest of my life. The same thing happens on February 18th. On that date, I lost my other car hero, Dale Earnhardt, in 2001.

Now I don't have any heroes left; I don't want any more of them to die.

Photo: Wikimedia Commons
Gilles Villeneuve, on the track at Monaco in 1979

My only consolation is that 38 years after his death, Gilles has not been forgotten. He is remembered everywhere. When I woke up on one May 8th a few years ago, the words of former driver Bertrand Godin came over the radio to make me smile and feel a little better. With Bertrand's permission, here is what he had to say that morning.

"What Gilles Villeneuve achieved in his all-too-short career goes far beyond just Formula One victories. He was the sparkplug that got my career started, and it was certainly the same for many others. In a society where people need examples, the memory of Gilles Villeneuve is a precious treasure. Because even after 33 years, he continues to inspire us to achieve our dreams and above all to surpass them. Cheers Gilles. »

In the end, Gilles is not dead, at least in our collective memory. May it stay that way always. 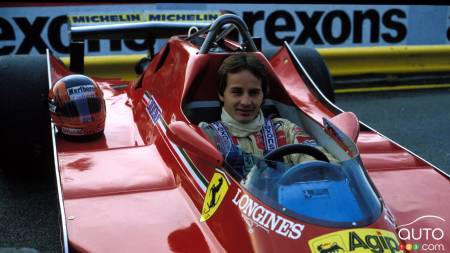 It happened on October 8th: Gilles Villeneuve wins his fi...

Rare photos of the career of Gilles Villeneuve (Part 2)

We are now rapidly approaching the end of 2012 -- the year that marks the 30th anniversary of the tragic loss of Canadian Formula 1 driver Gilles Villeneuve ...