The 5th International Electric Vehicle Expo in Jeju, South Korea was a fitting occasion for Kia to present the first mages of the Niro EV, the electric version of its new small SUV.

The styling of this new variant is the fruit of a collaboration between the automaker’s design departments in California and South Korea, located respectively in Irvine and in Namyang. The result is not a reinvention of the wheel, but as many of the exterior’s surfaces as possible have been flattened out to maximize the vehicle’s aerodynamics.

This is particularly apparent on the front end, whose nose has been entirely reworked. The regular Niro’s grille has been shed in favour of a design quite similar to the one on the Soul’s electric version. The anti-fog lights have been modified, and also apparent are new, flatter surfaces for the alloy wheels. The result is a more aerodynamic model that requires less energy to cut through the air.

An early glimpse of the Niro EV in concept form had been given by the manufacturer at the latest edition of the Consumer Electronics Show (CES) in Las Vegas.

Regarding the EV’s performance capabilities, the new Niro gets the manufacturer’s latest-generation electric powertrain, as well as technologies developed specifically for Kia’s range of electrified vehicles. The lithium-polymer batteries have a 39.2 kWh or 64 kWh capacity, depending on the model chosen. For the first, range is 240 km, while for the second that climbs to 380 km.

For the moment, we know that the Niro EV will hit the market in South Korea this fall; no word yet on precise launch dates in other markets.

It’s a safe bet that, sooner or later, the newest Niro will make to the Canadian market, particularly once the model itself is better ensconced. 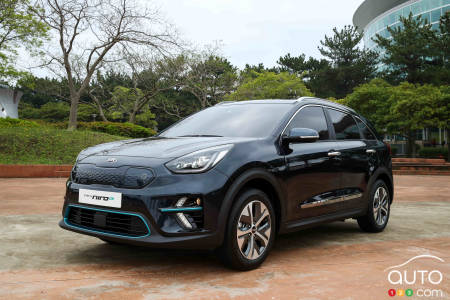 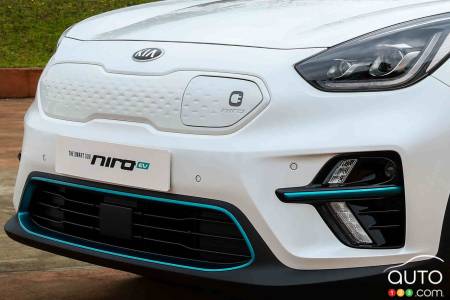 De Niro and the e-niro, a match that just had to happen

De Niro and the e-Niro – seems inevitable. Kia is launching a new European ad campaign with Robert De Niro set to be the ambassador for the upcoming e-Niro e...

Its range is on par with the lead peloton of the category and it’s eligible for the governmental EV rebate so mission accomplished there, but beyond its elec...