Last December, Kia gave us the opportunity to get behind the wheel of the latest generation of its Sorento SUV. Despite having six variants on the menu from the start, we knew that more were on the way.

Enter the Sorento PHEV, just in time for the 2022 model-year.

Obviously, aesthetically, we recognize the signature of the new generation SUV. However, the new logo is there, inside and out. And, of course, an additional port has been added to the rear right quarter, to allow a charging cable to recharge the 13.8-kWh battery. It powers an electric motor paired with a 1.6L turbo 4-cylinder engine. In total, the two units deliver 261 hp. 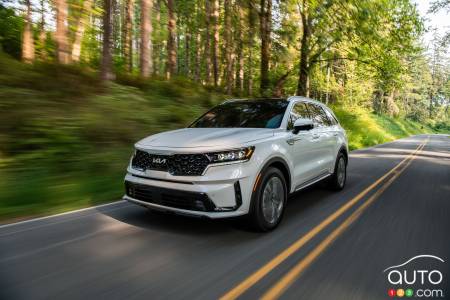 Note that the size of the battery pack will limit the amount available in incentives from both federal and provincial governments.

Kia is including all-wheel drive is standard on this variant.

As for electric range, Kia is announcing 32 miles, or 51.5 km. We're still waiting for official data from the EPA (Environment Protection Agency), but their figure shouldn't be much different. So we have a good idea of what's coming our way in a few weeks.

We'll want to know as well which trim levels the plug-in hybrid model receives. In the United States, the two higher-end variants will be available with the plug-in model. It should be the same in Canada, which would mean the EX+ and SX models, but let's wait a bit.

In terms of prices, let’s also be patient. Those numbers will certainly be revealed closer to the arrival of the model in dealerships later this fall. 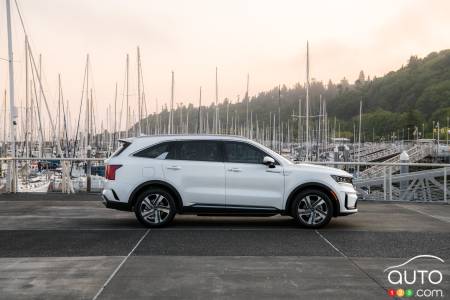 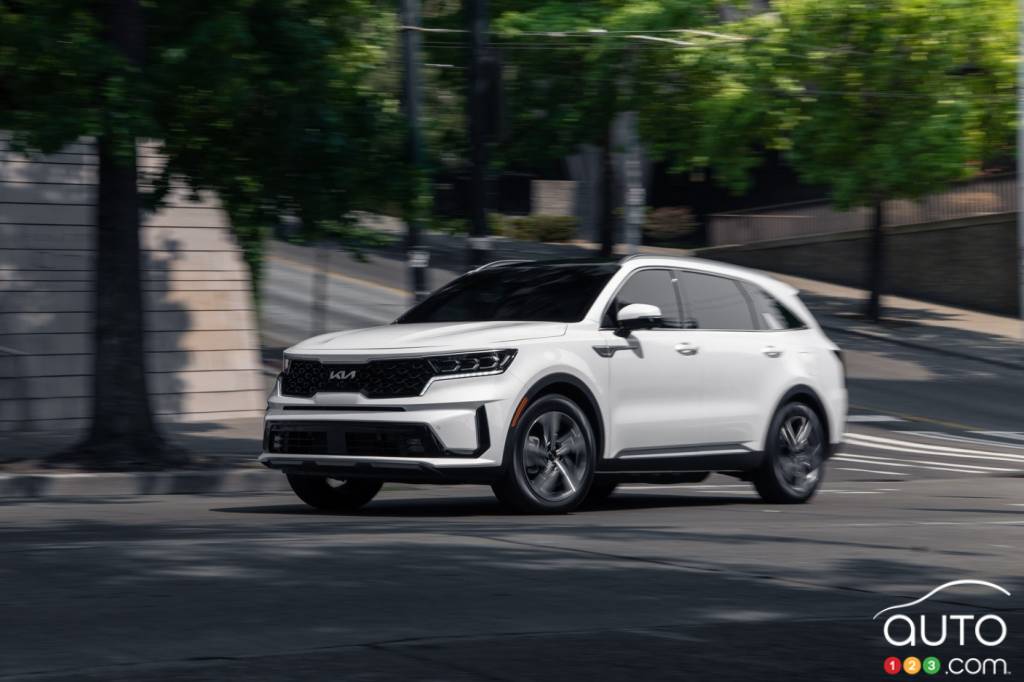 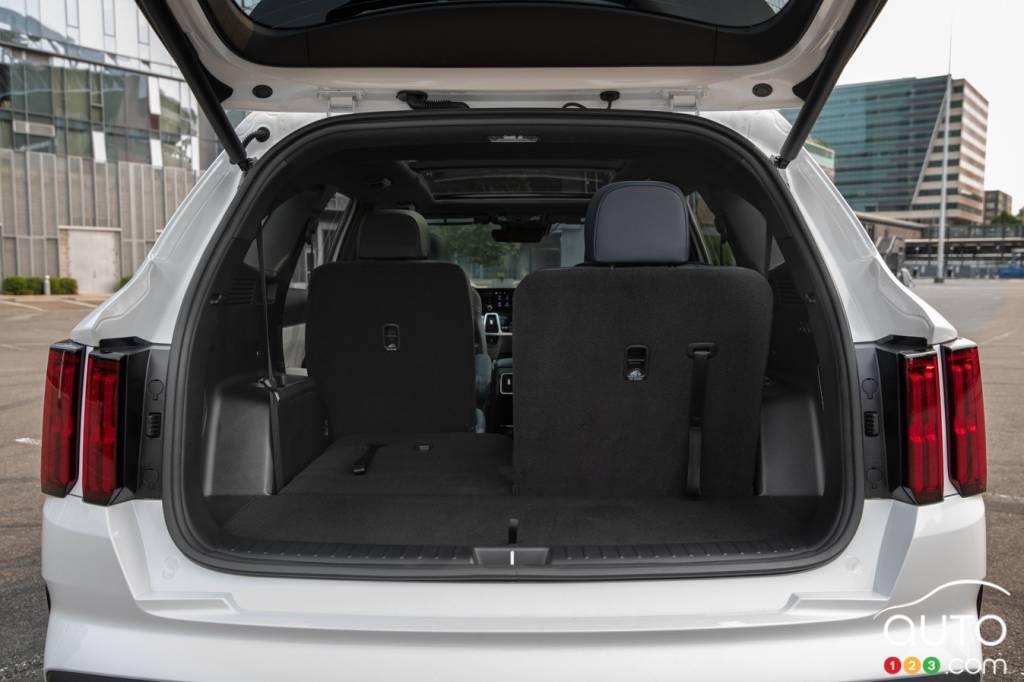 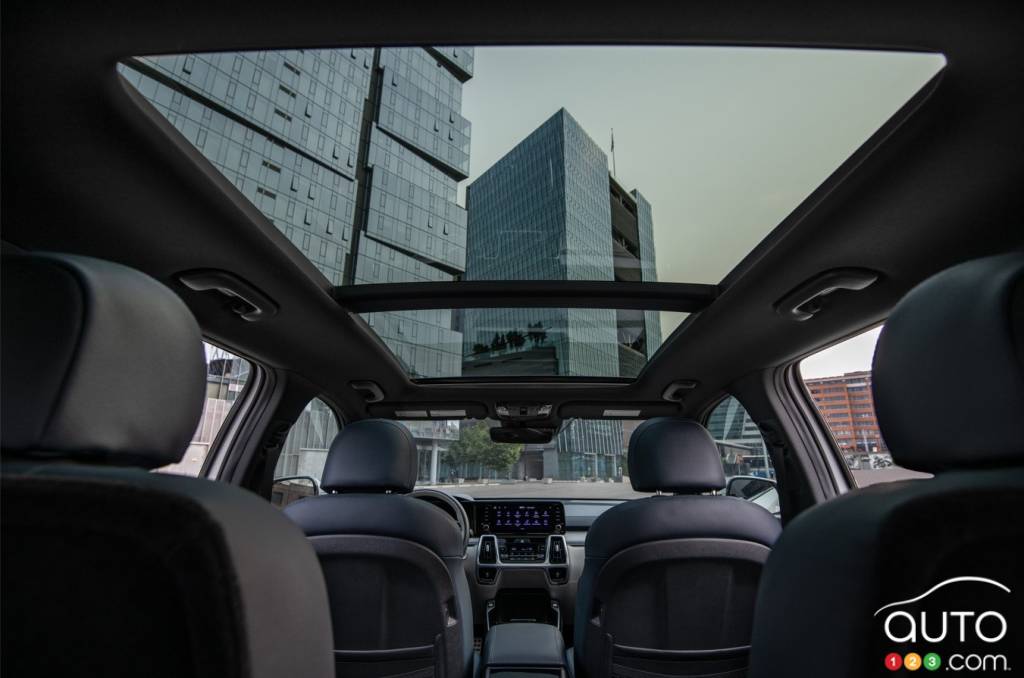 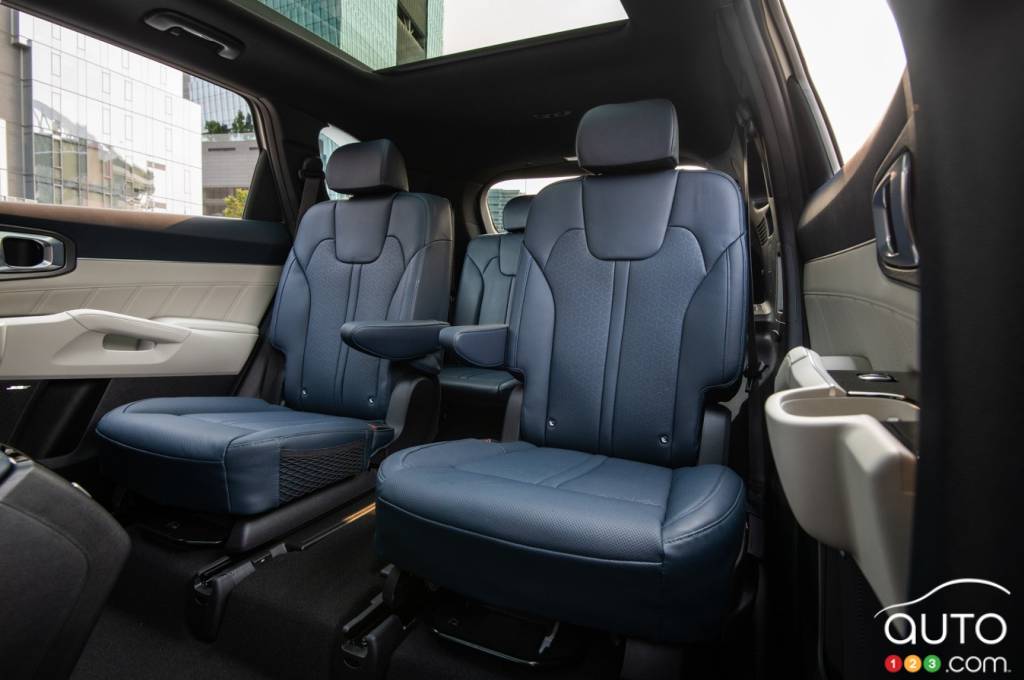