The next generation of the GT-R performance coupe is not expected to be ready before the turn of the next decade. But fans of the sports model are finding the wait to be unbearably long, it seems. Nissan is responding to the ferocious demand by promising a concept car that will foreshadow the next GT-R, perhaps in the hope that will calm the ardor of GT-R fanatics.

In all seriousness, the automaker has in fact guaranteed that it will put forth, prior to introducing the production version of the next GT-R, a concept car that will give a foretaste of what performance car lovers can expect. The news was confirmed by Alfonso Albaisa, senior vice-president of global design at Nissan at a recent event in India, in an interview with IndianAutosBlog. The designer added that the next GT-R would not take its inspiration from the limited-edition GT-R50 concept recently created by the company in collaboration with the Italdesign firm.

Speaking of that GT-R50, he said the models produced are “not concept cars, they are collector cars."

Within the walls of company HQ, meanwhile, some members of the top brass have apparently been heard referring to the next edition of the GT-R as the “fastest super sports car in the world”, which is quite a statement, to be sure.

Whether that’s true or not, the model is highly anticipated and enjoys a cult following. We do know it will be built on a new platform, and it is not impossible that it will be electrically powered in some form or other. It’s a safe bet that if the inclusion of batteries serves to improve performance, they’ll be there in the production version.

At present, Nissan engineers are at work fine-tuning the details of the architecture that will underpin the new GT-R, as well as the mechanical components that will power it. Once these elements are nailed down, it will be possible to move on to the design phase of the project.

And in that regard, Alfonso Albaisa is preaching patience. Referring to the design process tha twill lead to an eventual physical model, he cautioned “we're not even close to that yet”.

If we were the betting kind, we’d be putting our money on a 2021 or 2022 launch window for the production model of the next GT-R. 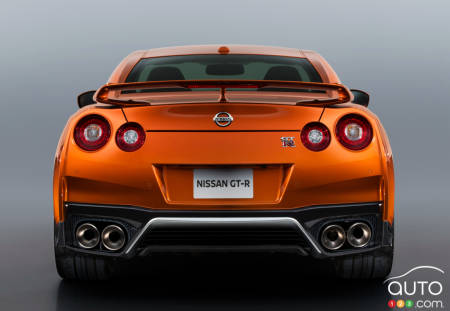 The Nissan GT-R is an exceptional car and it tends to get its drivers smiling. But in a segment that levies a heavy price on cars that get behind technologic...