The Yaris, a model that has played an important role on the Toyota roster for over 10 years, will not be found in U.S. showrooms anymore. The news of its removal came from Toyota’s president for North America, Jim Lentz.

The 2019 catalogue will not include a Yaris Hatchback.

The news is still pretty fresh, and as of now we don’t know what the U.S. decision means for the Canadian market.

No one can claim to be surprised at the move. The product had not gotten a revision of any note since the middle of last decade, 2005 to be precise. As reliable as its mechanics have proven to be, it is outdated, plain and simple, and its offer to consumers is no longer competitive.

And that became screamingly obvious last year, as U.S. sales collapsed, dropping 78% in comparison with 2017. To give an idea of how far the model fell, Toyota sold almost as many Mirai fuel-cell cars in the U.S. as it did of the Yaris Hatchback (the difference was a mere 240 units). 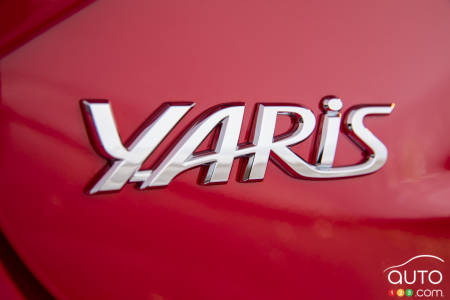 This doesn’t mean the Yaris Hatchback has reached its end, however. Toyota has promised it will announce its plans for the model at the next New York auto show taking place in April.

In theory there is certainly space on the American marker for a hatched sub-compact like the Yaris. But it needs to be up-to-date and offered at a competitive price.

Toyota clearly misplayed its hand with this model, and today it’s reaping what it sowed. Maybe the New York announcement will show that the company has learned the right lessons from the experience.

And it starts with not taking consumers for granted.