Acura put on a presentation showing off the design of its reborn Integra model tonight, ahead of a fuller unveiling at the Los Angeles Auto Show. The online presentation of the Integra Prototype was short on details about the powertrain, performance and interior of the vehicle, and focused mainly on the exterior design.

And on that front, there’s clearly no mistaking the resemblance to a certain Honda sedan model you may have heard of. In fact, the new Integra is based in part on the Civic, so their similitude shouldn’t come as a surprise. In any case, just to be extra clear, Acura has plastered big Integra lettering on the sides of the new prototype.

Other notable features include Acura’s new frameless pentagon grille, matched with jewel-eye headlights and rear brake lights. The wide one-piece taillights are a nod to the Integra of old, and the front and rear fascia get Integra lettering embossed on them as well. Eagle-eyed observers will have noted that the yellow colour of the Prototype is the same offered with the NSX. That yellow is nicely offset by black accents and elements on the roof, rear spoiler, the front grille and the tops of the side mirrors.

We know that the model will be a coupe-like five-door sedan with a liftback opening and that it will get a 1.5L turbocharged 4-cylinder engine, and a manual transmission as an option (both borrowed from the Civic Si). No figures were provided regarding output, and we don’t yet know if the car will come in a front-wheel-drive or all-wheel-drive configuration. The Integra will get a limited-slip differential, we know that at least; also confirmed are 19-inch wheels and Brembo brakes.

Acura Canada’s James Marchand explained that the car represents the brand’s “commitment to delivering performance-focused and fun-to-drive vehicles that are rich in style, versatility and attainable to a variety of consumers and lifestyles.”

So much for style - the substance regarding the new Integra Prototype will come next week at the Los Angeles Auto Show. It’s expected a production version of the model will be ready sometime in the middle of next year, and it’s also expected that it won’t stray too far from the Prototype shown tonight. Buyers can count on a starting price slightly above $35,000 CAD, putting it between the entry-level ILX and the TLX on the Acura pricing chart. 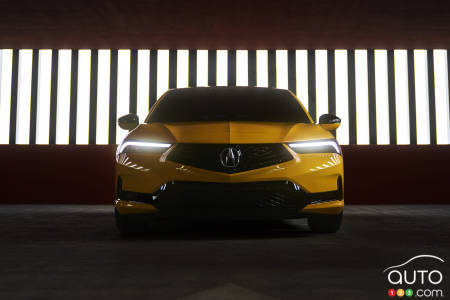 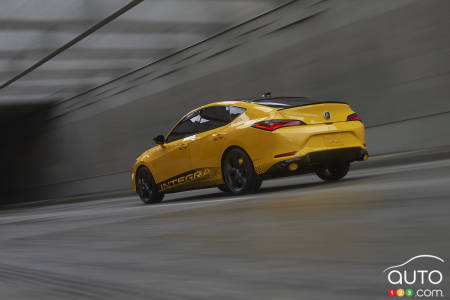 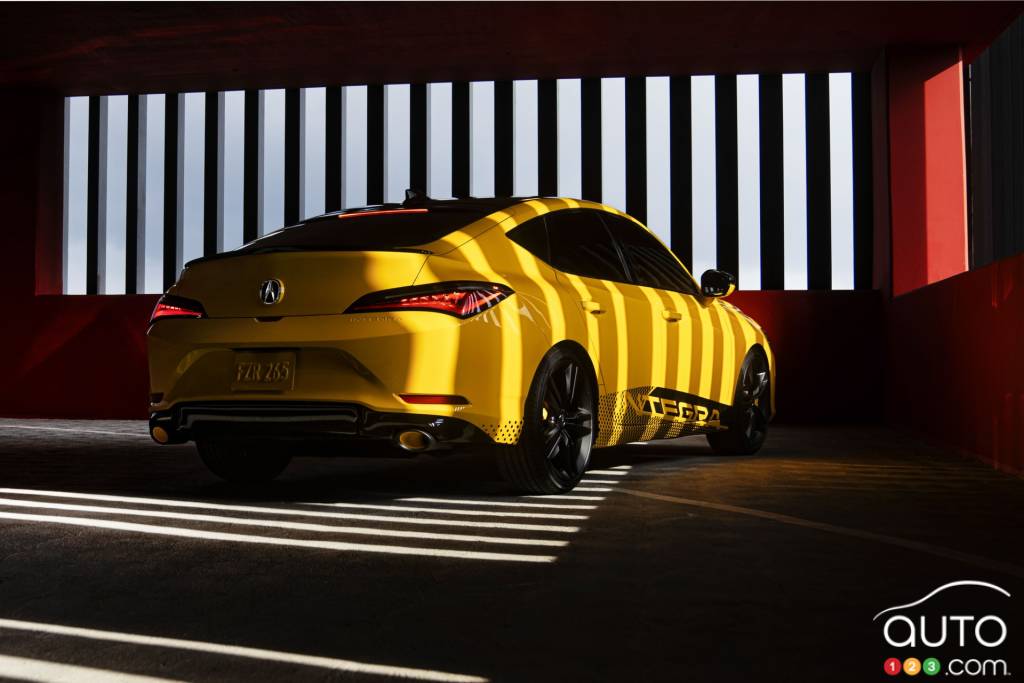 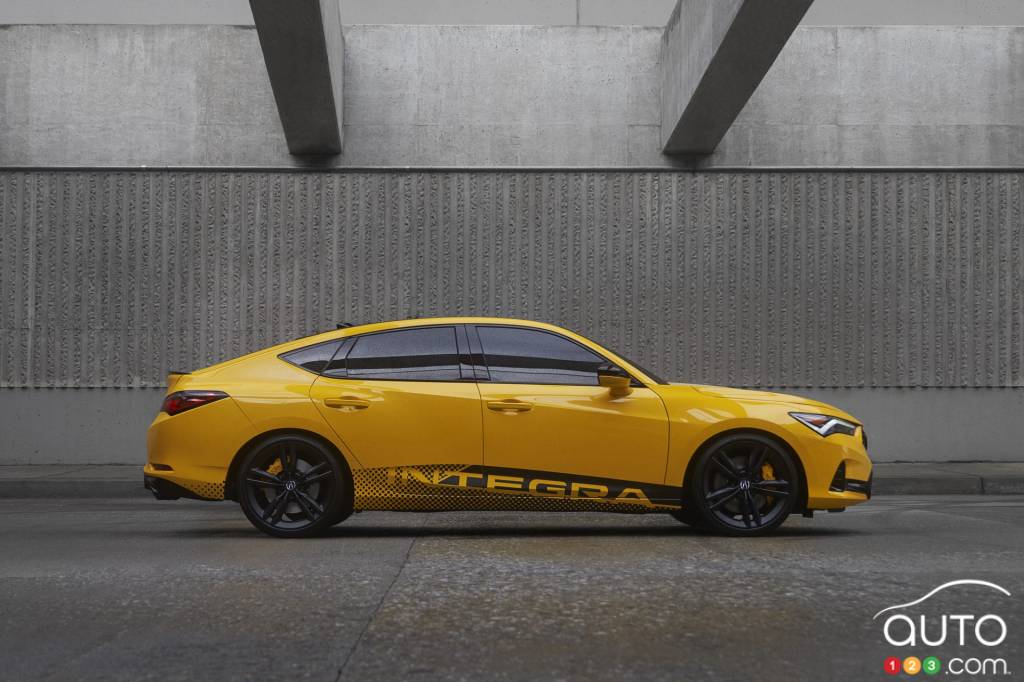 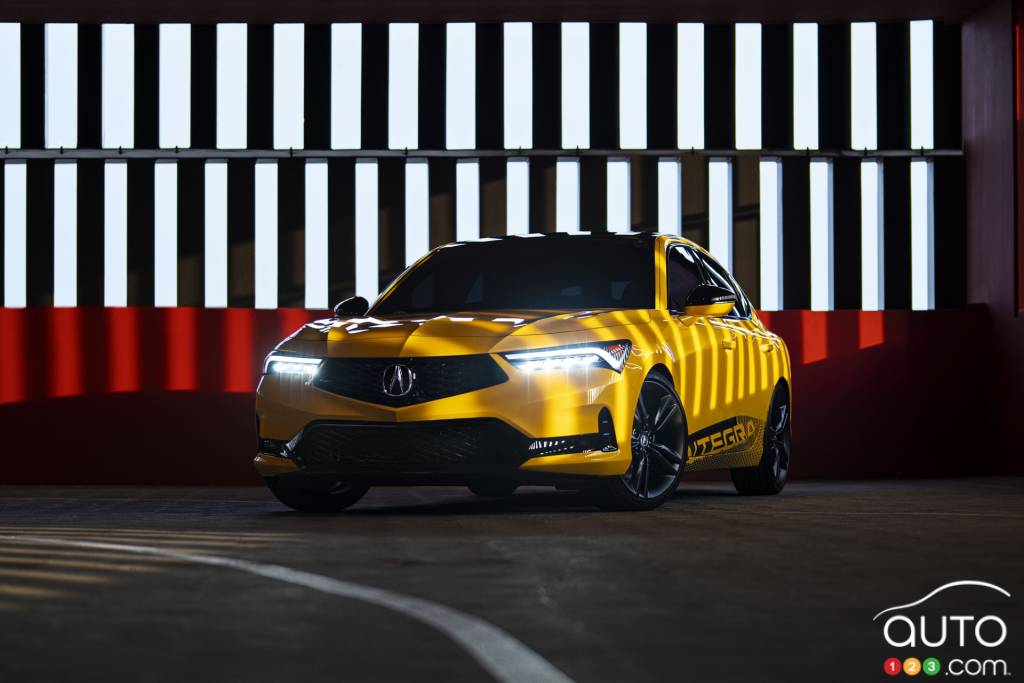 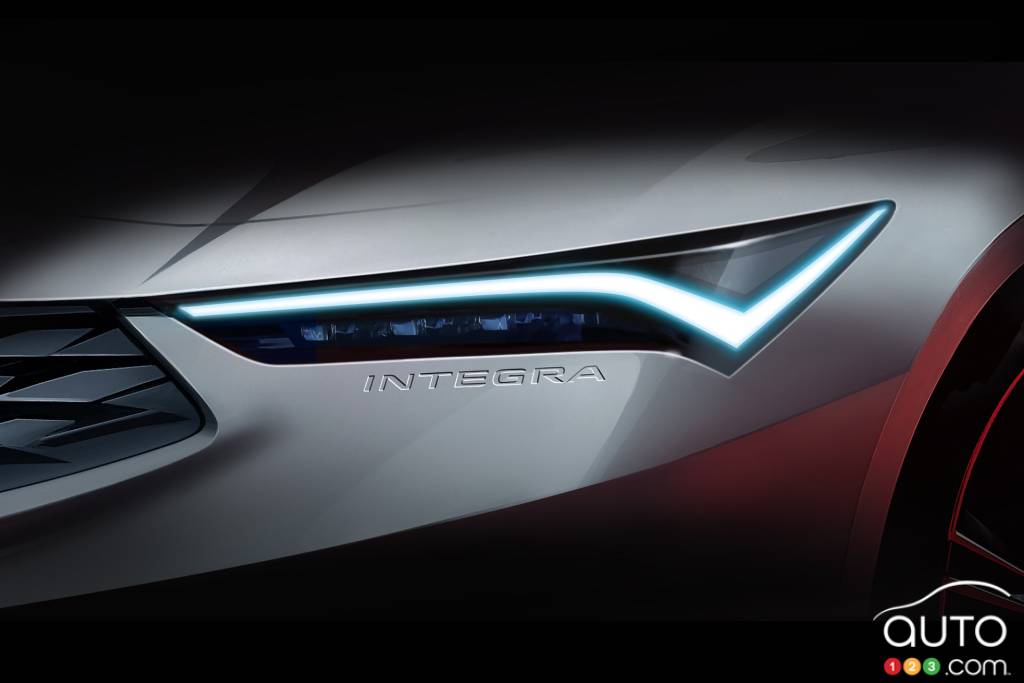 Auto123 reviews the new 2023 Acura Integra and attacks the two questions everyone’s asking when it comes to the model: ‘What’s in a name?’ and ‘Why this and ...

The 2023 Acura Integra is, a true rarity in the trade today: a brand-new sedan, and one available with a stick shift. Oh, and one that resurrects an iconic n...