Alfa Romeo is adding another utility model to its roster, unveiling the new Tonale SUV concept today at the Geneva Motor Show. The model, which comes with an available plug-in hybrid system, is the Italian manufacturer’s first foray into electrification.

The Tonale revealed in Geneva appears fairly close to being ready for production. When it does get there, its main competition will be the BMW X1, Audi Q3 and other small premium SUVs.

One of the available versions features an electric motor at the rear. But the company took pains to make it clear that venturing into electrification would not come at the cost of compromising performance and driving dynamics. Instead, the technology will serve to enhance those characteristics even as it improves fuel economy. 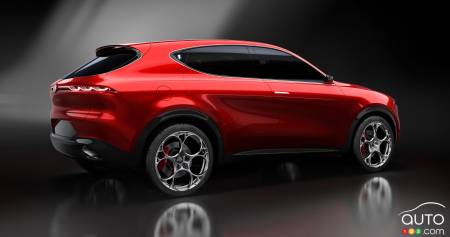 Slotting into the automaker’s lineup below the Stelvio, the new entry nonetheless features styling elements fairly distinct from that model. The front grille is clearly of a piece with the current Alfa Romeo visual signature, but otherwise its shape is pretty much new for the brand.

Part of that might be because, instead of inheriting the rear-wheel-drive platform of the Giulia and Stelvio, the Tonale is built on a front-wheel drive platform – possibly borrowed in modified form from certain Jeep models.

Drive modes
In the hybrid version of the model, there will be several possible driving configurations available, for example a performance mode that maximizes use of both gas engine and electric motor, and another that enables all-electric driving.

This was not confirmed during the Geneva presentation, but chances are the Tonale will also come with a conventional 4-cylinder turbo engine as its base powertrain, along with all-wheel drive as an option. 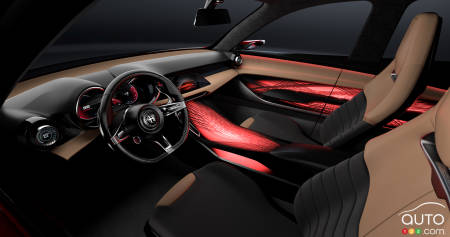 Inside, the Tonale’s front row is dominated by a 12.3-inch digital instrument cluster and accompanying 10.3-inch touchscreen on the centre console. The infotainment interface on the latter is all-new.

Alfa Romeo provided no timeline on when this concept might make it to production, let alone when it might appear at dealerships, but we expect it could be ready for market by the second half of 2020. 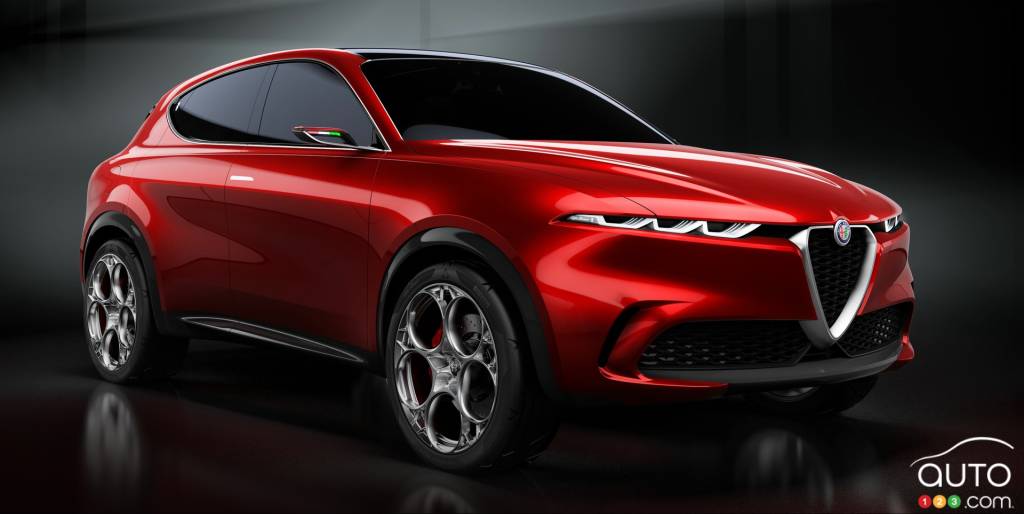 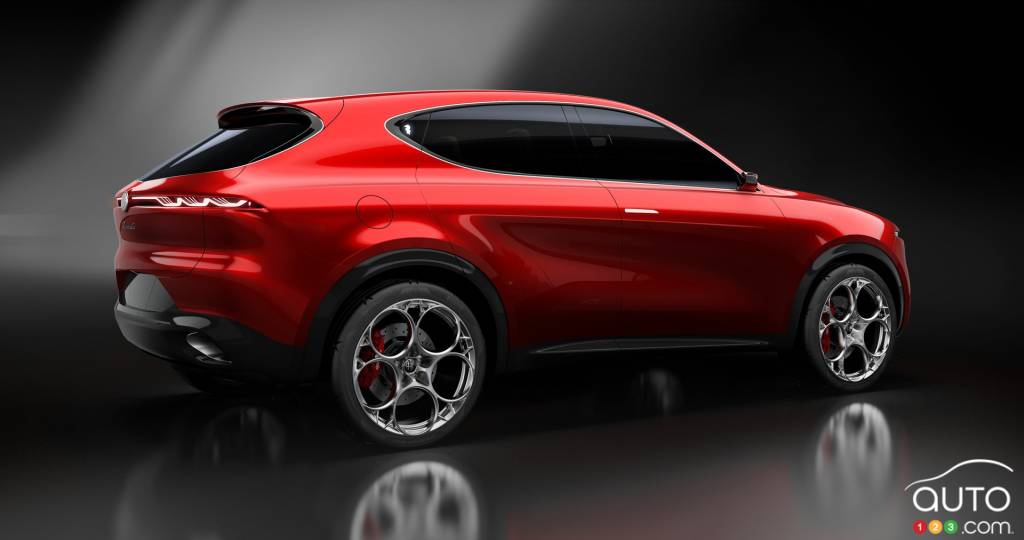 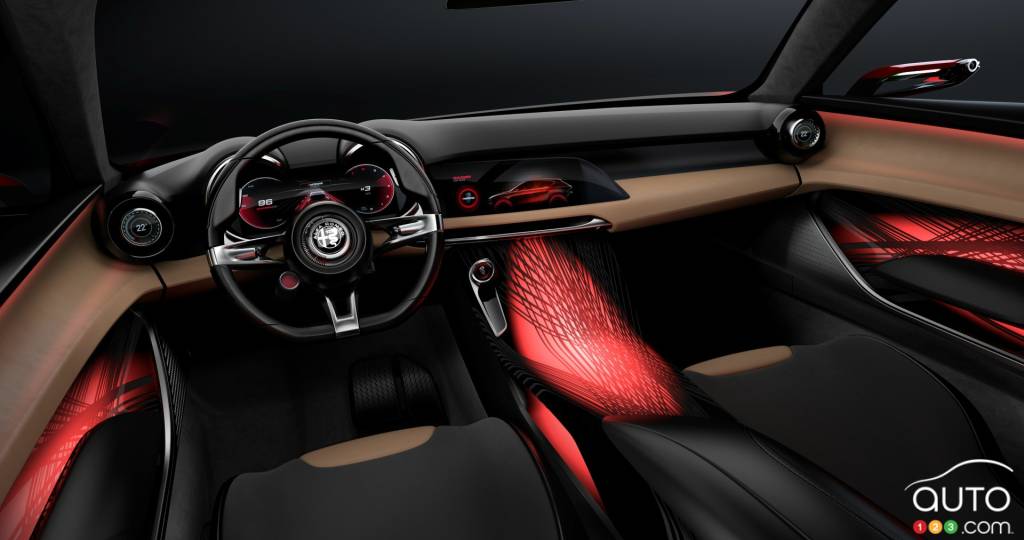 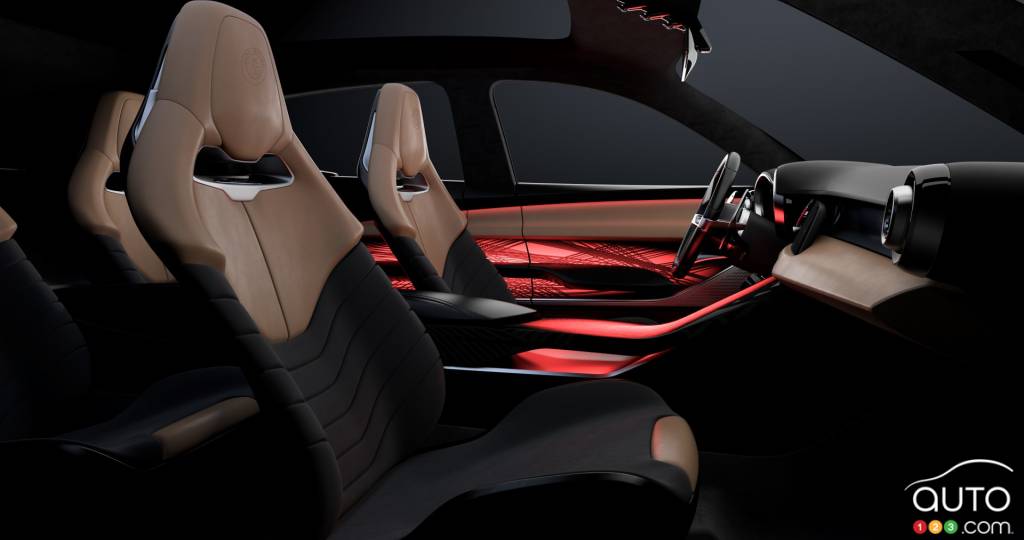 Production of the Alfa Romeo Tonale to Begin in 2021

Alfa Romeo confirmed that production of its Tonale SUV is scheduled to begin in 2021. The future competitor of the BMW X3 and Audi Q3, among others, is eager...

A persistent rumour has it that Alfa Romeo will introduce a new small SUV at the upcoming Geneva Auto Show. The model would fit below the Stelvio in the Ital...