Starting in 2020, General Motors will offer Amazon Alexa connected services across its product range. The services will appear in several new GM Products during the first half of the year.

The latest announcement is part of the company’s strategy to make its vehicle not only safer but more fully connected, and thus more convenient.

The Alexa system coming to GM vehicle works the same way as the in-home one, and will allow drivers to determine itineraries, access streaming services, make calls, catch up on the news, access some in-home smart systems and even simply add to a grocery list via voice command, for example,

The latest version of the system will of course need to be compatible with vehicles’ existing systems, and it will require 4G LTE connectivity. GM has obviously thought ahead since many of its models have received this beginning in 2018, and will only need a software update to make Alexa operational.

Though obviously, if you’re the proud owner of a 2005 Buick Rendez-Vous, you can forget about welcoming Alexa into it.

"GM’s updateable app framework and vehicle connectivity lets us provide customers with new technologies that enhance the ownership experience, even to customers with vehicles that are already on the road."

GM isn’t settling for half-measures when it comes to connectivity. Last month the company announced that its next-generation multimedia systems would integrate Google Assistant, and overall the company is seeking to develop systems that are inclusive and not exclusive. When it made the Google announcement, GM explained that its research revealed that consumers "...increasingly expect seamless integration between the tech in their hands and the tech in their vehicles."

Alexa will take that integration to another level. 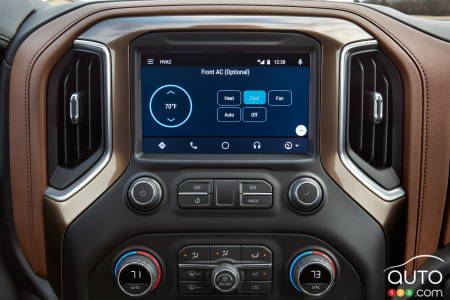