This week is proving to be an eventful one for the automotive industry, and not because of a bunch of exciting new car launches. No, the big headlines this week have involved a series of measures targeting top company executives caught up in one way or another in the fuel-emissions cheating scandal.

We start the parade with FCA (Fiat Chrysler Automobiles), an executive of which has been arrested under accusations for the role he played in the company cheating on fuel-emissions reporting. In charge of calibrations for FCA’s diesel engines, Emanuele Palma is charged with conspiracy to commit wire fraud against the United States and violating the United States’ Clean Air Act.  He is also accused of making false statements regarding the fuel-emissions technology used in the company’s vehicles (and sold on the domestic market).

Earlier this year, FCA agrred ot pay an $800 million fine to settle a case with the EPA (Environmental Protection Agency), which had accused the automaker of using illegal software to bypass regulated standards for the diesel-engine versions of its Ram 1500 and Jeep Grand Cherokee models.

The company denied it had acted intentionally to bypass standards, and has promised to cooperate fully with investigators.

German automaker Daimler, for its part, has agreed to pay a fine of 870 million Euros (or $1.27 million CAD) to authorities. In Germany, the Silver Star manufacturer had been charged with supervisory negligence after having sold vehicles that did not meet the required fuel-emissions standards in that country.

The company says it does not agree with the conclusions reached by government authorities, but agrees to pay the fine to bring the affair to a close. 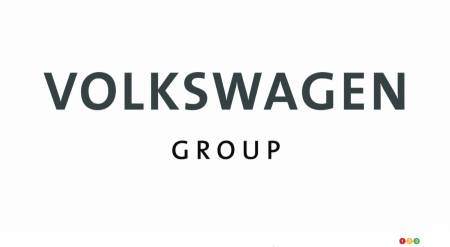 Daimler’s decision comes at the same time that new charges have been laid against Volkswagen CEO Herbert Diess and the company’s chaiman Hans Dieter Poetsch. The accusations say that the two executives failed to disclose information related to the emissions scandal within required time limits.

According to the charges, Diess and Poetsch, as well as Martin Winterkorn, big boss of Volkswagen in 2015, were aware of the diesel scandal that was brewing at the time, but failed to inform the markets about the financial consequences to come, which had an impact on the company’s financial performance.

Volkswagen is saying it is surprised by the charges, explaining that from its point of view it doesn’t see how the markets could have been “intentionally” kept in the dark. The automaker points to the drop in the company’s shares occurring after the announcement of accusations related to the scandal by American authorities, an event that was totally unexpected.

As a result, Volkswagen is not considering removing either of the executives.

Clearly, much has changed in the automotive industry since 2015. Top management figures are much more closely monitored, which is a good thing by any measure. This and other scandals have proven that for too long, a far too permissive attitude reigned in the industry.

New emissions tests will be required in Germany for 30 vehicle models that have registered excessive CO2 levels. Fiat Chrysler is involved.

The emissions scandal at Volkswagen just won’t go away. The German automaker has now identified around 430,000 vehicles of the 2016 model year with rigged en...

Articles By
Daniel Rufiange
Hertz Is Snapping Up 100,000 Teslas for its R...
Article
Parade of 733 All-Electric Cars in Quebec Set...
Article
Judge Orders Man Convicted of Speeding, Drivi...
Article
More from this author