The sedans of the world continue to drop like flies, particularly in North America. For one, a Volkswagen Canada spokesperson confirmed this week that the Volkswagen Arteon will not be offered in Canada after this year. And for two, a report out of South Korea claims that Kia has decided to give up on its experiment with the Stinger performance sedan after just one generation.

Though the circumstances of the two moves differ, the truth is these are just the latest two sedans to bite the dust in the face of a) the ongoing onslaught of SUVs in taking over market shares, and b) the unavoidable reality that gas-driven cars have little-to-no future in the electric-mobility world that’s coming upon us, and fast.

In the case of the Arteon, which was only introduced in 2019, the model will continue to be offered in 2022 in the United States, but its future beyond that is anything but assured even there. Here in Canada, there will no 2022 edition. The Jetta will soldier on, meanwhile, at least for next year. After that… 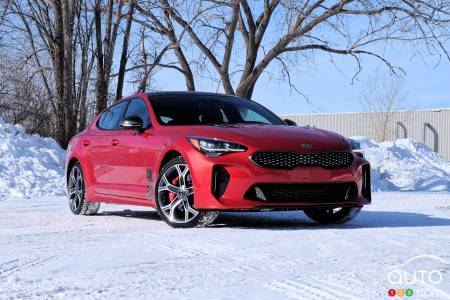 As for the Stinger, it too is a fairly recent arrival on the market, having been introduced in 2017 as a 2018 model. In the face of sluggish early sales of the model, Kia at first maintained they were in it for the long haul and ready to grow the base for the Stinger over time. But no growth ever came, quite the opposite in fact, and the automaker is reported by media outlet Korean Car Blog to have decided it will pull the plug, and make no more of the model as of Q2 2022.

In a sign of the times, the plant in Sohari, South Korea that builds the Stinger will be refitted to handle assembly of electrified vehicles, including a hybrid version of the Carnival minivan sold in some overseas markets.

Kia has not confirmed that it is killing the Stinger, and it’s worth remembering that previous rumours of the sedan’s demise were, as they say, premature. The company recently refreshed the model for the 2022 year, and it’s certainly fresh enough to be offered in its present form until the natural cycle of the model ends, in or around 2024. Kia might decide to keep production going until then by moving assembly to another plant.

Either way, we are in the realm of speculation. Korean Car Blog cites “local industry sources” for its report, but that’s far short of an official confirmation. Stay tuned.