Kia had a little surprise in store for us today: the unveiling of an updated Stinger for 2022. Incredibly, the model will be in its fifth year on the market, Kia having first launched the performance sedan in 2018.

What's incredible – some would say dismaying - about the Stinger is that even as it's been near-universally acclaimed, sales haven't lived up to expectations. SUVs, it is clear, are simply too dominant on the market right now.

Still, Kia is sticking to its guns and today announced updates its hatchback sedan for the coming year.

Aesthetically
Visually, you won't have too much trouble recognizing the new Stinger, but some updates will be noticeable. Leading the way on the front of the hood is the new Kia brand logo. At the rear, the dual lights are linked by an LED light strip, which gives the vehicle a more-solid presence on the road. Also, the four exhaust tips are now bigger. This will also be accompanied by a reworked sound that will reach out from a bit further inside the engine's guts, shall we say.

New 19-inch alloy wheels complete the transformation. Seven colours are on the menu, including a new shade called Ascot Green. 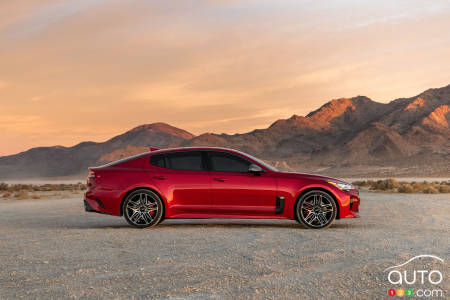 Mechanically
Under the hood, the 3.3L turbocharged V6 is still in the mix with its 365 hp. Kia says the second-generation all-wheel drive system has had its control logic optimized for improved responsiveness and performance. A limited-slip differential will also be offered as an option. Brembo brakes and an electronically controlled suspension are still included.

On board
Inside, there's a new instrument cluster housing and the dials have chrome surrounds. A new metallic logo has been added to the base of the steering wheel and the central mirror has lost its frame. The multimedia system is updated, though it still appears on a 10.25-inch screen same as before. Ambient lighting is added on the passenger side.

The product offering includes a new GT-Elite version, in which the accent is on red inside, as well as Nappa leather. A suede package can also be selected, adding accents to the seats, as well as red stitching and seat belts.

Safety-wise, Kia has added Intersection Collision Warning, a feature that's starting to show up across the industry. Kia also promises a full complement of connectivity and multimedia technologies. 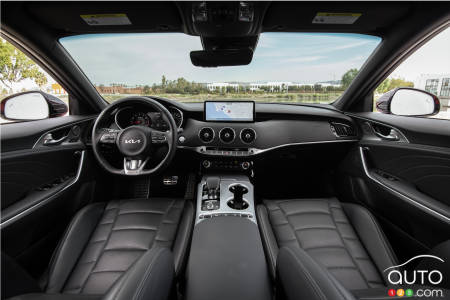 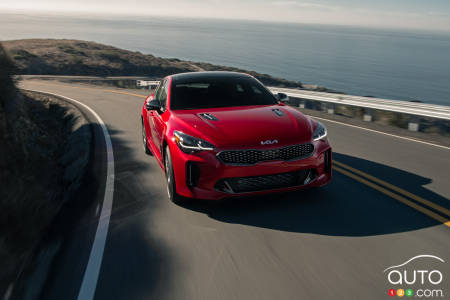 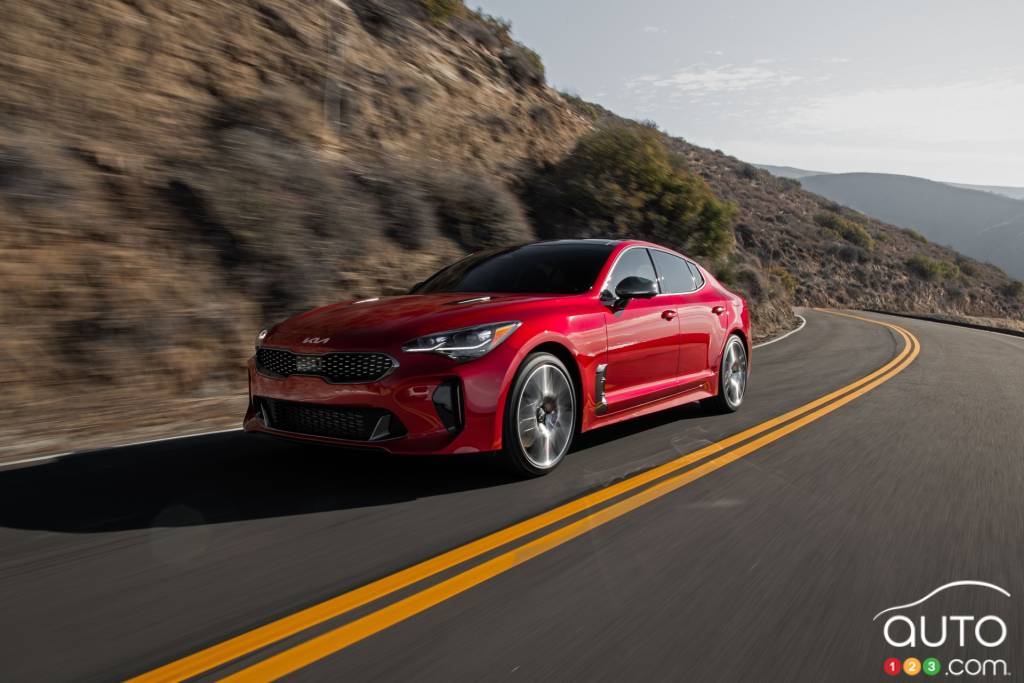 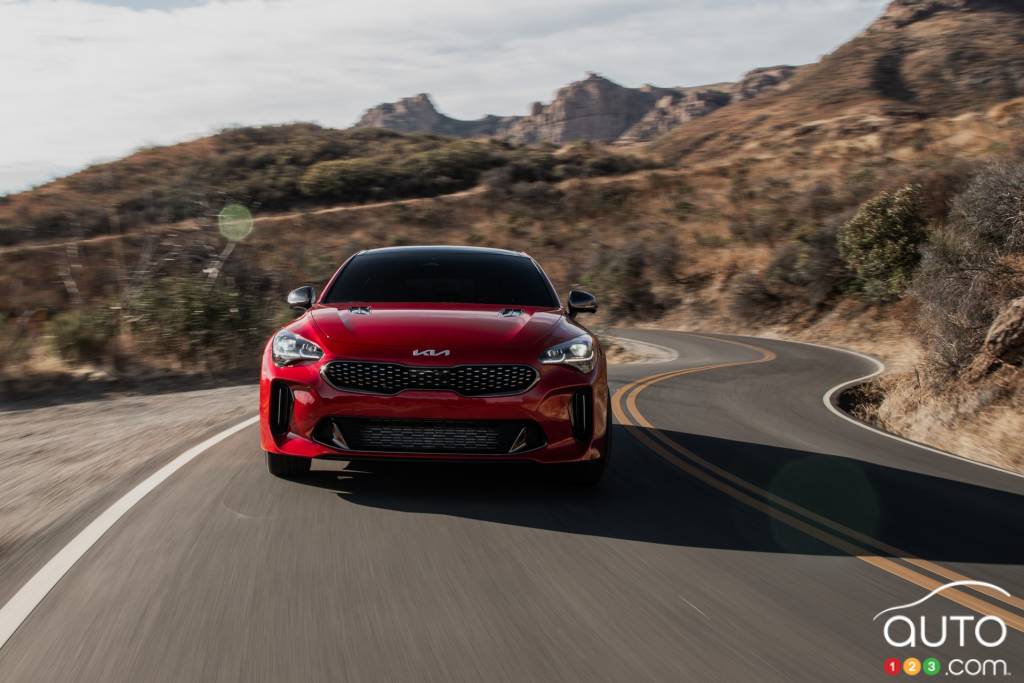 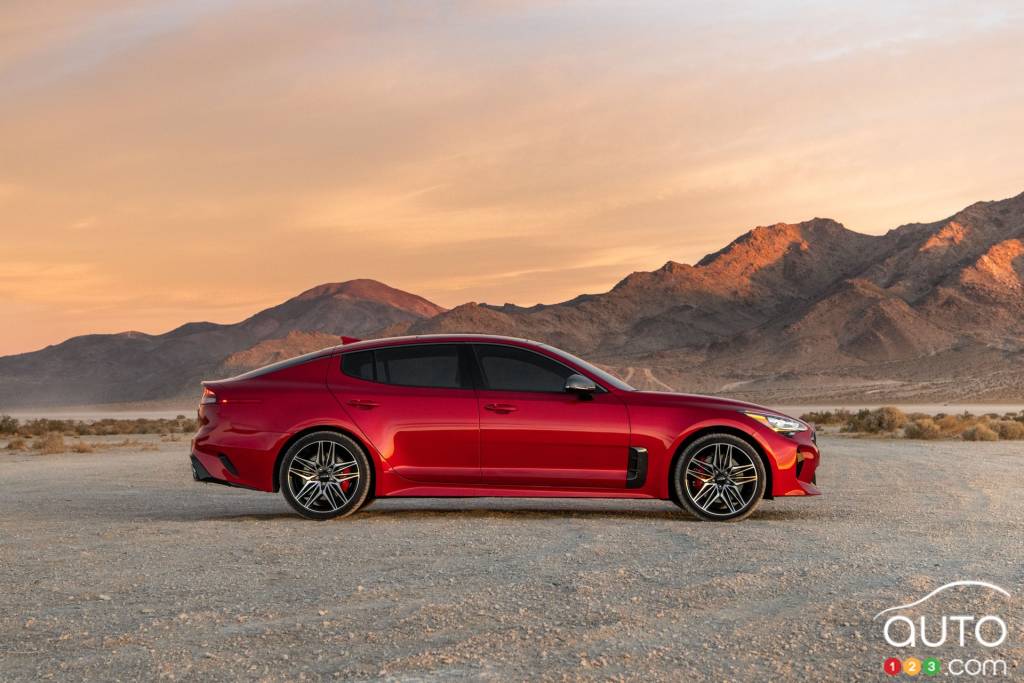 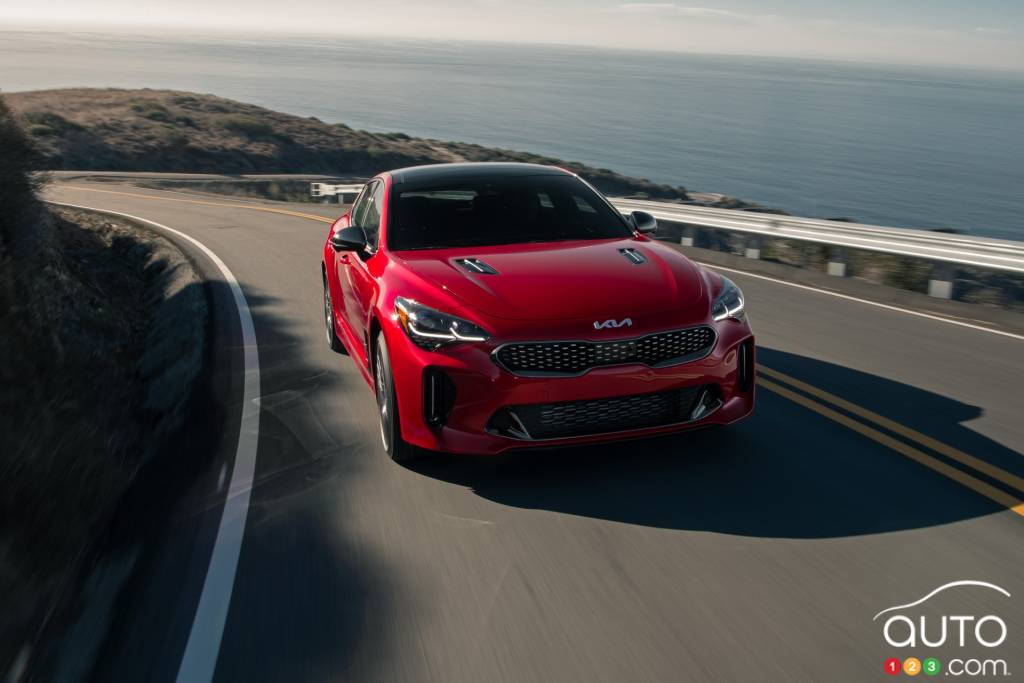 Volkswagen Canada’s offer will not include the Arteon sedan in 2022 or thereafter. A spokesperson confirmed the model will not be back. There are also new re...

An electric future for the Kia Stinger?

Kia has already announced it intention to introduce 11 new electric models between now and 2025. Might the Stinger be one of them? An interview by Top Gear w...

From its aggressive looks and body cladding to its exhaust report and everything in-between, the 2022 Hyundai Elantra N is a compact car that’s an event like...