That’s the total (base) amount of the cars sitting before me on the scorching tarmac. I’m at a racetrack. I’m standing in front of six sinfully sexy automobiles all bred in Warwickshire, England, and all begging to be driven as hard as my body will allow. My palms are sweaty, and it’s not just the 30+ C degree weather and sunshine beating down. I’m anxious. I’m excited. And I think I might be in love with the gaggle of Aston Martins spread before me.

Pick your poison
My gaze falls first on a bright white roadster with a deliciously red leather interior. It’s an Aston Martin V12 Vantage S, their fastest production car at the moment. Contrasting black hood vents and a blacked-out front grille give the car a sinister, menacing look and I absolutely adore it.

Helmet in place, driving instructor by my side (from across the pond, no less), I wrap my eager hands around the red steering wheel and breathe deeply. I’m about to drive a track I’ve never driven before in a vehicle I’m piloting for the first time that boasts 565 horsepower and 457 lb-ft of torque. I was given a recon lap just moments before, but now I’ve got to do the same thing from behind the wheel. And not make a fool of myself.

Pressing the crystalized Aston Martin key with purpose into the slot in the middle console, the beastly V12 roars to life and I get a chill. My smile is instant. Pressing the + paddle, I put the shift-by-wire 7-speed SportShift III transmission in the 2015 Aston Martin V12 Vantage S Roadster in first gear and inch my way forward to the entrance onto the ICAR racetrack. The flag boy stands with his red triangle as I stare past him to the first set of orange cones indicating my braking point before a sharp right-hander starts it all.

Learning your limits and the limits of your car
Track driving is intense. There’s no better way to put it. I admit to not having done enough of it over the years. I’m eager to do more, in all types of vehicles not just $100k+ variants (despite what my colleagues might say about me).

I often lament how sad it is that Land Rover owners never truly experience everything their cars can do. Well, the same can be said of Porsche, BMW, Mercedes, and yes Aston Martin owners.

Unless you take your V12 Vantage S to the track, you’ll never know just how capable it is. And it is capable. This I learned immediately.

Every car has its limits, and driving on a track you (the driver) will reach yours long before the car reaches its, because that limit usually means a run-off zone, tire wall or barrier of some sort. Trust me.

Having a highly capable and calm instructor in the passenger’s seat was worth its weight in gold and ensured I kept the Aston facing in the right direction and perfected a racing line I wasn’t even sure I could keep track of at first.

I quickly learned that becoming one with the V12 Vantage S Roadster wasn’t a hard thing to do. We understood one another. We played off one another’s limits, testing and learning. One of the most impressive aspects of the V12 Vantage S Roadster is the fact that it was built to be a roadster first, before the coupe, so the body is solid, with little to no bend under hard cornering. It’s stable and rigid in all the right ways.

By the end of my 15-minute stint in the V12 Vantage S Roadster I felt confident, ready to tackle the track again in the next vehicle.

Then it all changed.

Just because it’s an Aston Martin doesn’t mean it’s the same
Slipping behind the wheel of the Aston Martin V8 Vantage GT Roadster with a rear-mounted 6-speed manual transmission essentially meant relearning the entire track, again. Lighter, and less powerful (with only 420 horsepower and 346 lb-ft of torque), the Vantage GT was an absolute joy to drive. Even more so than the V12 Vantage S -- but shhhh, don’t tell it that.

It’s manageable. In the V12 Vantage S, I felt very much on the edge at all times. Push too much on the throttle and the tail end will let loose, turn the wheel too sharply and all hell will break loose. It was a delicate ballet I had to maintain with the V12. But with the V8 GT I was able to play more freely, push more, and feel the car push back in a manner I could deal with.

More power doesn’t mean a better track car. Precision, and skill, that’s where track driving becomes an art, and where you’ll find your sweet spot through the apexes.

Not a cone was touched
Despite my constant longing looks towards the dazzling white V12 Vantage S Roadster, I also had my eye on the Aston Martin Vanquish Volante, perhaps one of the sexiest in the lineup. It was also equipped with Aston’s latest transmission: an 8-speed TouchTronic III that allows for instant and shockingly accurate downshifts simply by holding the left paddle shifter down while braking. The mechanics are supremely efficient and ideal for track-driving situations.

Thanks to that fancy transmission, the Vanquish Volante was quick to say the least. Not having to focus on the correct gear, and instead following the ideal line on the track ensured all cones survived my runs in the Vanquish.

Though I may have seen a few quiver as I roared past, the 6.0L V12 resounding off the track walls, penetrating my helmet and awakening my soul. Absolutely amazing.

Four doors does not equal boring
Of the delicious lineup of Astons before me that day, the Rapide S was perhaps last on my “that’s going to be balls out fast” list. And it was in fact my last ride of the day. However, I was pleasantly surprised, and quickly learned the feeling of the larger, longer, and heavier Aston Martin after the first very wide, very ungraceful corner I took a bit too quickly for the likes of the larger Brit vehicle.

And it’s those lessons that you keep in check. Those moments where your brain goes, “Oh God, WTF?!” and your body responds with the correct, smooth corrections to set the car straight. And you remember vehemently not to do it again.

Behind the wheel of the four-door “family car” Rapide S, my instructor barely said a word. This was my fourth car of the day. I knew the track. At least I thought I did.

On one of the straights, as I was straightening out the wheel and applying pressure to the throttle thinking I was sufficiently pushing the 552-horsepower V12 to its limits he said calmly, “You can come into that corner a lot faster next time, and your exit will be cleaner into the straight with more speed.”

Pushing those limits. He knew the car could handle it. But could I?

Next lap I approached the long left-hand turn into the straightaway and I pushed it. Hard. Tapping the brakes gently, and much later than the previous lap, then smoothly turning in and keeping even pressure on the throttle to get through the turn while aiming for the apex and swinging out right “lazily,” I pushed the throttle harder this time into the straight.

“You were 12km/h faster through the corner that time,” was all he said. And it’s all he needed to say.

A special thanks to Decarie Motors for organizing this track day event, and for providing the Aston Martin vehicles we had the supreme pleasure of driving. 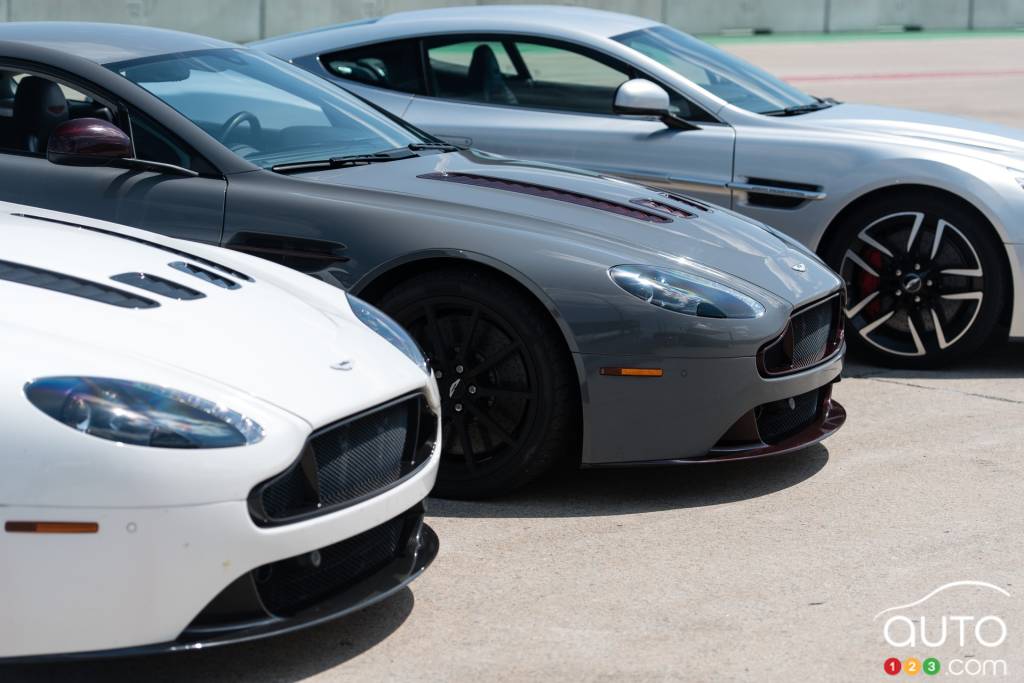 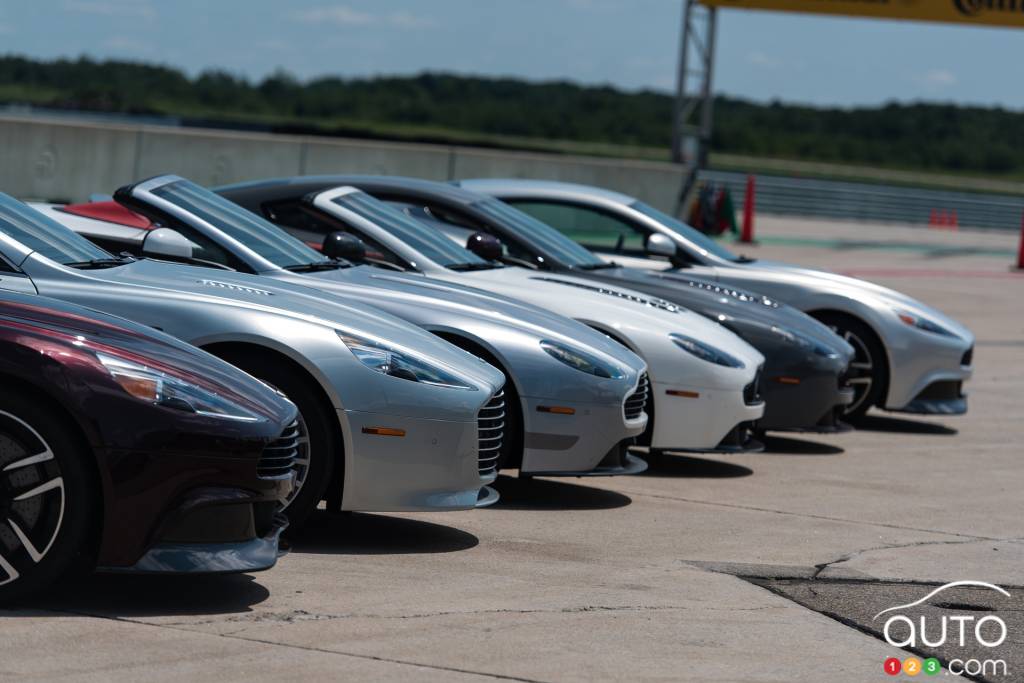 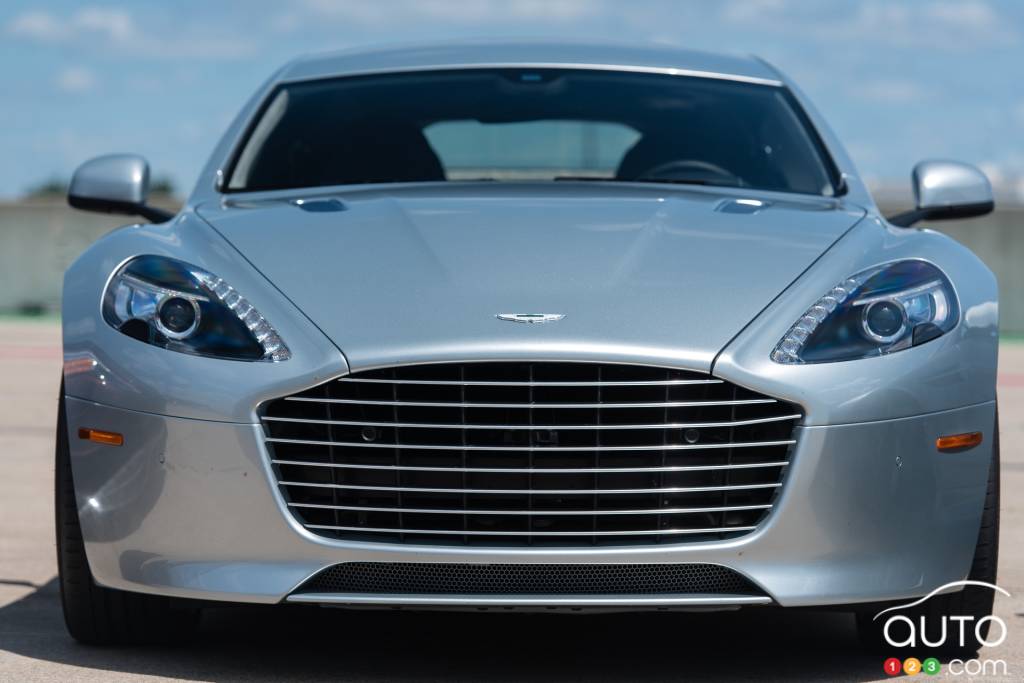 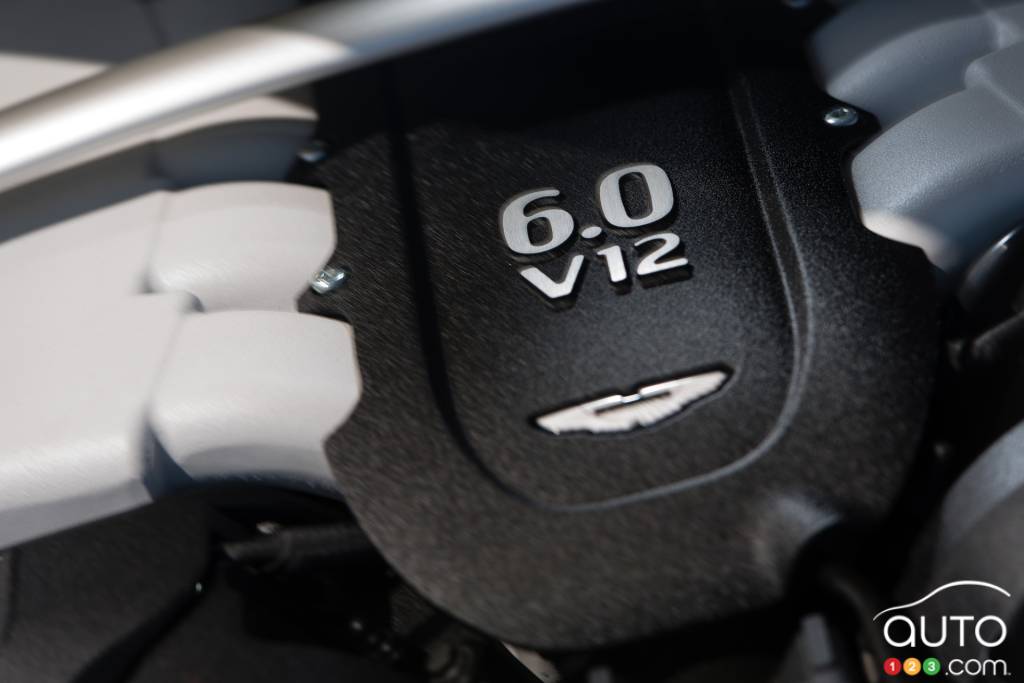 Hyundai’s N Track Day: Taking to the Track with Two of Hy...

An on-track review of the two hottest new Hyundais (and no, we’re not talking about the Ioniq 5 and Santa Cruz here)? Heck yes! There’s nothing like a perfor...

The Nissan Sentra Cup is getting a showcase under the big spotlight of the Formula 1 Grand Prix race in Montreal this weekend. Auto123 recently had the oppor...