This past May Audi seemed to pour a lot of cold water on the idea of the TT model carrying on. It was reported that the chance the two-door coupe would get a similarly configured successor was slim, given that the segment as a whole is in the doldrums.

Since making his springtime statement, Audi boss Bram Schot has been forced to repeatedly answer questions regarding the TT and its (lack of a) future from media in interviews. Everyone, it seems, wanted to know what if any successor there would be for the little car.

This week, speaking with the Dutch division of media outlet Autoblog, Schot acknowledged he was kind of fed up of hearing the complaints about the apparent killing off of the model, and clarified the company’s position regarding the TT:

"I am a person of flesh and blood, and I also like beautiful things. Of course, there will be a successor!" 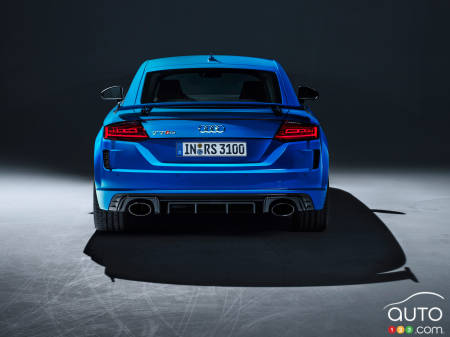 At the same time he admitted that the next version of the car, or its replacement, would cost more to develop than Audi would recoup in sales revenues. He also confided that the company does not yet know if the new model will get a 4-cylinder turbo engine or an electrified powertrain, which has been rumoured to be the case.

Schot had nothing to say about speculation that the TT replacement could take the form of a four-door coupe.

But one thing does now seem clear, if we take the Audi boss at his word: there will be a TT successor of some kind, though it will likely be stylistically distinct, and perhaps get a different type of powertrain. In all likelihood, the company is seeking to create a model that’s more versatile and practical than the TT. Pure driving pleasure might no longer be enough on its own, even for performance-car lovers…

It’s Official: Audi Is Pulling the Plug on its TT

Audi has officially confirmed it is pulling the plug on its TT, this after months of rumours to that effect. The company says it will replace it with an equa...

Turbocharged power, all-wheel drive performance and one of the most striking looks on the road define Audi's TT Coupe model range. Priced from $48,600 for a ...

Want a cool used car? With the second-generation Audi TT now on sale, first-generation machines are rapidly finding their way onto dealer lots as trade-ins. ...