Rumours had been floating for months that the future of the Audi TT was in doubt. This week the automaker finally confirmed that it is pulling the plug on the unique model, after a 20-year run.

The news of the TT’S demise was delivered by Bram Schot, Audi board chairman.

Simpler cars
Two elements stand out with the executive’s announcement. First of all, Schot explained that the automaker had been doing too much for too long. Investments will now be made in fewer, well-defined projects like developing electric technologies, for example. This necessarily means that some models – and the costs associated with them - will have to be jettisoned. Enter the TT. In his view, future vehicles produces by the brand will be simpler. Bram Schot also mentioned that Audi already has a plan for a TT replacement, an electric car that convey all the emotion associated with the TT, and be similarly priced as well. Might we see a new model that looks like the TT, but with an electric powertrain? We doubt it, because if that was the aim Audi could have simply created a new engine configuration to stick into the existing car.

A new batch of rumours is pointing to a coupe-style sedan, but for the moment that’s just pure speculation.

Of course, this decision inevitably turns our attention elsewhere in the Audi catalogue, to the R8 and its own uncertain future. That model hardly fits into the “simpler cars” mandate alluded to by Bram Schot.

As we’re seeing already, the move to electric power is making for a lot of new models showing up in dealer showrooms, and the end of others. This state of affairs is likely to stay with us for a while yet, to the chagrin of lovers of more traditional cars. You can’t stop progress, they say… 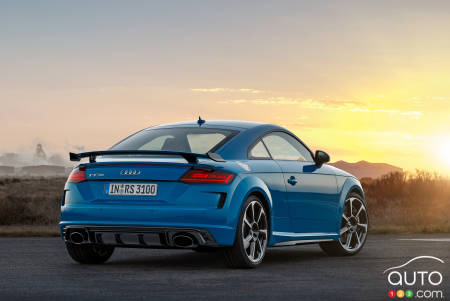 Audi to Produce a TT Successor After All

Audi boss Bram Schot has revisited his earlier comments regarding the future of the TT model, and now says there will definitely be a successor to the iconic...

Audi: Quattro at the Crossroads

As Audi’s fabled quattro AWD system celebrates its 40th birthday this year, questions inevitably arise regarding its role in a present and a future that are ...