What do you get the car lover who has everything? Well, assuming you’re in the infamous 1% of income earners and have an unlimited budget, you can always gift them a copy of the new book celebrating the 100 years of existence of Bentley.

The Bentley Centenary Opus
Last August the British luxury carmaker announced it was putting together an 800-page tome that would revisit the first centenary of the company and its products. Nothing that unusual there, in fact 100 years is a birthday that’s well worth marking for any business.

But then we heard that one of the editions would weigh in at 66 lb, or 66 kg, which of course set our minds thinking that this would be no ordinary book.

Bentley has now provided details on the three versions of the book that will be made available to the public – or we should say, to a very tiny, ultra-wealthy portion of the public! 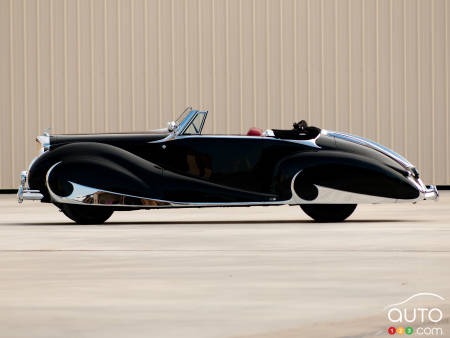 The Centenary Edition
The first of the three editions comes in a choice of four different leather wrappings. The Bentley leather is the same as found in the brand’s vehicles, of course. 500 copies of this version of the book will be produced, and it can be yours for the modest sum of £3,000, or around $5,150 CAD.

The Mulliner Edition
The more exclusive Mulliner Edition will get a print run of just 100 copies. It can be had with one of 17 different Bentley leather coverings, and it comes with an aluminum slip case. The case also harbours a piece of rubber taken from the front left tire used by the Bentley Speed 8 that won the 24 Hours of Le Mans race in 2003.

Also included with purchase of this edition is a visit to the Bentley factory, along with one night’s stay at the 5-star Hotel Café Royal in London, England.

If you take this package, a photo of you with your Bentley will be added to the book.

That asking price will also buy you a brand-new 2020 Toyota Corolla. Just sayin’… 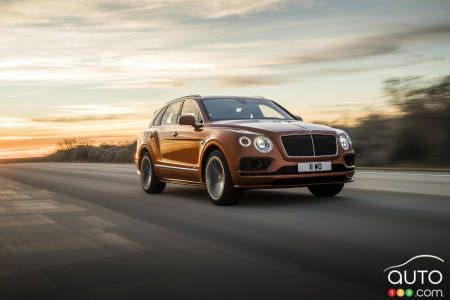 The 100 Carat Edition
And if those first two versions are just too plebeian for you, well there’s this super-limited edition, of which only seven copies will be produced. If you’re one of the seven buyers, your bank account will be lightened by £200,000, or roughly $343,000 CAD.

For that, you get diamonds on your book. Hence the 66 lb.

For most ordinary folks, this kind of purchase is pure folly. But for those in that 1% of society that are most likely to own or have owned a Bentley, the sticker price for this edition of the book is little more than a night out at an exclusive restaurant.

Clearly, the book is also an investment, a collector’s item that will surely take on added value over time.

Meantime, owners of the Bentley Centenary Opus are advised not to leave their book lying around on the coffee table.

2020 Bentley Flying Spur First Encounter: For Those Who H...

Ordinary luxury doesn’t do it for you? Meet the third-generation 2020 Bentley Flying Spur, a model that speaks to those for whom “ordinary” luxury cars are s...

In a new interview, new Bentley boss Adrian Hallmark says the automaker will electrify further and is seeking to grab more of the ultra-rich demographic… but...