BMW has announced it aims to double its sales of all-electric vehicles over the next year. Unfortunately, we don't actually know how many all-electric vehicles the company sold in 2020, but we do know that last year it sold 193,000 models that were electrified in some form or other (meaning hybrids of all kinds and electric).

The objective behind all this is of course to comply with the standards being set be various governmental agencies, but also to catch up with Tesla. BMW is aiming for a 50 percent increase in sales of partially or fully electric models by 2021.

Translated, this would mean the manufacturer selling nearly 300,000 models running on electricity (in part or in total) during the current calendar year. In comparison, Tesla sold almost 500,000 vehicles in 2020.

The objective is noble and might appear somewhat ambitious. But it should be remembered, without wanting to take anything away from BMW, that sales were down everywhere in 2020 due to the pandemic. It will therefore be easier to see rising sales figures in 2021.

Still, though, it is an ambitious goal the automaker has set for itself. 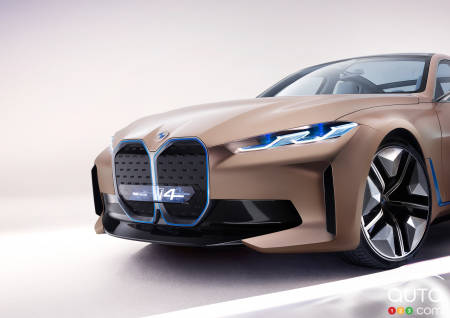 Currently, the BMW Group produces 13 electric models that are either fully electric or plug-in hybrids. These are sold in 74 markets.

BMW said last week that its worldwide sales of electric-powered vehicles increased by 31.8 percent in 2020 and accounted for 15 percent of its sales in Europe.

By 2023, the German automaker aims to nearly double its number of electrified vehicles to 25 models. More than half will be fully electric, it says.

Tesla Came This Close to Delivering a Million Vehicles in...

Tesla’s sales figures came oh so close to the one million mark in 2021, a new analysis reveals. Its 2021 totals were up 87 percent over the year prior.