We’ve heard this song before, in fact every year for nearly a decade now. There’s a ton of talk in the industry about this or that new electric model, and this or that automaker making a big announcement concerning investments and targets for transitioning to electric mobility.

Meanwhile, surveys of where consumers are at regarding the shift make it clear that the transition won’t happen overnight. Motorists, particularly in North America, continue to have concerns and doubts. Perhaps not surprisingly, then, for many folks the transition to all-electric vehicle ownership first implies something in between. Something like a hybrid or plug-in hybrid model.

For proof, year-end vehicles sales totals in the United States show that a record number of American buyers bought a hybrid or PHEV model in 2021. This even as many automakers pushed hard for consumers to consider their all-electric models. Others, particularly Asian manufacturers, increased their hybrid offerings, and they have benefited from the fact that in many markets there are no subsidies to purchase an electric model, meaning the price differential remains a significant barrier. For buyers in those regions, a hybrid model remains a more cost-effective solution.

In some areas, especially in the U.S. or in remote areas, the lack of sufficient charging infrastructure is another concern for many buyers, as is the range.

All of this has driven sales of hybrid models, which grew by 76 percent last year to reach a total of 801,550 units. That represents 5 percent of the total of light vehicles sold in the United States. Not so long ago, it was 1 percent. 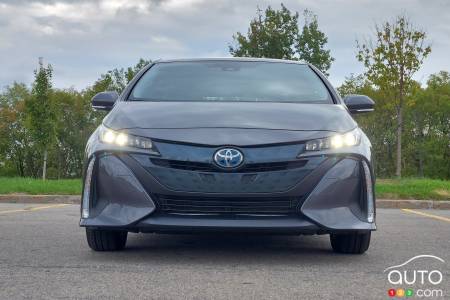 The leaders
Unsurprisingly, Toyota led the way, increasing sales of its hybrid products by 73 percent to 583,697 units sold. Of the number, the large majority were straight hybrid models. In comparison, GM, the Japanese automaker’s only real rival in terms of total vehicle sales market share sold fewer than 25,000 electric models in 2020.

“Hybrids offer a really interesting mix of fuel economy performance without some of the huge drawbacks of electric vehicles,” said Brett Smith, technology director at the Center for Automotive Research.

For Toyota the numbers meant it set a new record for sales of hybrid cars in the U.S. market, and it also meant the company overtook General Motors as the top-selling manufacturer on the American market.

"We hope to increase our hybrid sales of our core products, CR-V and Accord, substantially in the coming years as we prepare for battery electric vehicles," Dave Gardner, executive vice president at Honda, told Reuters.

Here in Canada, a model like the CR-V hybrid could have been major seller for Honda Canada, but unfortunately it is not currently offered in our market. 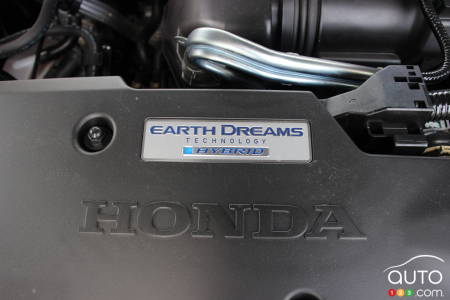 Photo: D.Rufiange
Engine of the Honda Accord hybrid

Honda, which plans to launch its first electric vehicle in North America in 2024, expects the market here to take off thanks to a flurry of new model launches by automakers and political and regulatory support from the Biden administration. But it acknowledges there’s still work to do to convince some consumers.

“It is just a matter of time, but I think consumer acceptance, it's going to take a while to catch up to,” Gardner said.

Hyundai sees hybrids and plug-in hybrids as "enablers" that will help accelerate sales of all-electric vehicles down the road, said its global COO, Jose Munoz. But in the short term, they attract buyers still skittish about BEVs and their perceived drawbacks.

“Some of our competitors, they jump directly into the battery EV only. ... We still see many consumers that are hesitant when it comes to getting into battery EV only,” he said.

For the first time since 1931, an automaker not named General Motors has topped the sales chart in the United States in a given year. In 2021, Toyota sold 2....

Tesla Came This Close to Delivering a Million Vehicles in...

Tesla’s sales figures came oh so close to the one million mark in 2021, a new analysis reveals. Its 2021 totals were up 87 percent over the year prior.