BMW Group used its annual general meeting on Wednesday in Munich, Germany, to show for the first time the production version of its i4 electric sedan.

The all-electric sports car is scheduled to make its debut in Europe this year, but it's not yet clear when it will cross the Atlantic. It's believed that it could arrive in North American early in 2022, at the same time the company also debuts its iX electric SUV.

The i4, first previewed as a concept last year, is based on the latest generation of the 4 Series and is positioned as a direct rival to Tesla's Model 3. It shares its body with the upcoming 4 Series Gran Coupe. 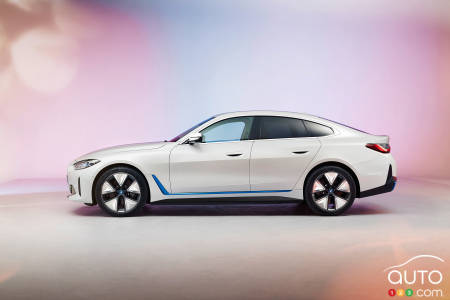 BMW has confirmed that several variants of the i4 will be offered, including a powerful M Performance version that will have 523 hp to play with and come with an estimated range of nearly 500 km.

The new fifth-generation EV battery developed by the company is more compact per kilowatt hour than previous units. The manufacturer has already hinted at an 80-kWh capacity (and a weight of 1,212 lb).

With the 523-hp version, there is an electric motor on each axle, which of course provides all-wheel drive. We expect a 0 to 100 km/h time of around 4 seconds. 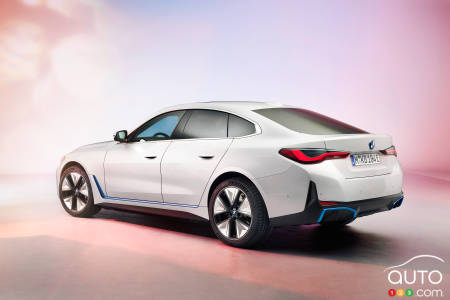 We have yet to see or know much about the interior of the i4. BMW has said that it won't be a simple copy-paste of the regular 4 Series, and confirmed that the new iDrive 8 multimedia system will be on board. We could also see the company offer unique colour and trim options like with the iX, in order to differentiate the i4 from the 4 Series range of models.

The full unveiling of the i4 sedan is expected in the coming weeks. 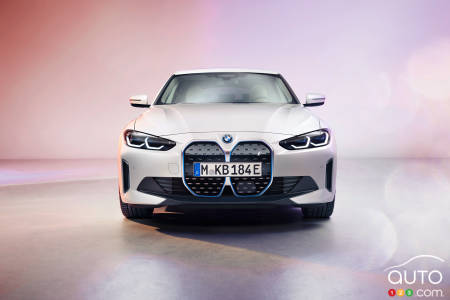 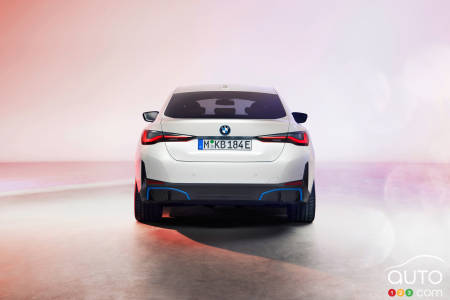 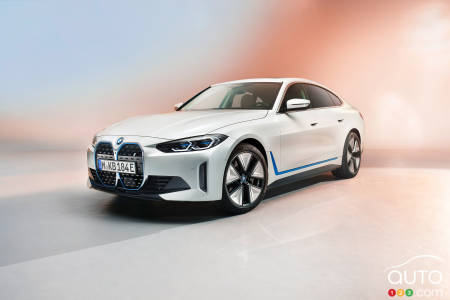 BMW has shown images of its upcoming i7 electric sedan being tested in camouflaged form in northern Sweden. The next generation of the 7 Series car will be i...