True to its habit of giving periodic updates regarding its electrification plans, BMW has re-affirmed its intention to accommodate 25 electrified models in its lineup by 2023, as many as half of them all electric. More specifically, the German automaker said on Monday that it plans to produce fully-electric 5 Series, 7 Series and X1 models.

BMW’s strategy for those three core models in its lineup will include offering gas-fed, plug-in hybrid and all-electric versions simultaneously. Even the combustion-engine variants will come with a mild-hybrid system to help reduce fuel consumption and emissions. North American consumers will miss out on the diesel variants the company intends to keep offering in Europe, however.

“In ten years, the goal is to have a total of more than seven million electrified BMW Group vehicles on the roads – around two thirds of them with a fully-electric drivetrain.” 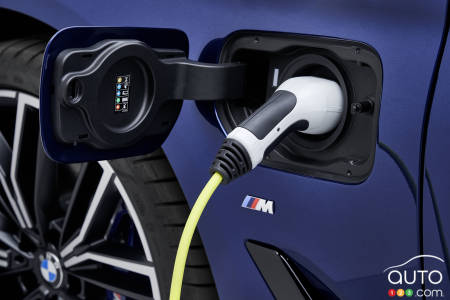 BMW CEO Oliver Zipse declined to give a timeline regarding the launch of the fully electric 5 Series and X1 models, but the company has said the 7 Series EV will debut along with the next generation of the model.

In the short term, five all-electric models worldwide
In the meantime, expect fully electric models the BMW i3, BMW iX3, BMW iNext and BMW i4 to hit markets globally (though not necessarily in North America, we remind you) starting next year. The all-electric Mini Cooper SE is of course also now a reality.

In a sign of just how much pressure automakers are under from governments, particularly in Europe, to reduce the emissions of its vehicles, BMW says it is more closely tying compensation for management to the achievement of reduction goals. The company promises, among other things, that carbon emissions from production and factories will be cut down by 80 percent.