BMW has confirmed that the wagon version of its next-gen 3 Series will not be sold on the North American market.

Even though this variant has never been the best-selling iteration of the BMW 3 Series, it has long held the position of an icon for the brand. For many Canadians, there was simply no better way to head for a ski weekend in the Laurentians in Quebec, to Blue Mountain in Ontario or Whistler in B.C.

In fact, if you find yourself in one of these areas or any other popular ski region in Canada, you’ll also find yourself seeing a lot of BMW wagons on the roads around you.

But the reality is that, with the explosive growth in popularity of SUVs, consumers have been shifting their preferences to models that sit higher off the ground than the wagon, like for example the X1 and X2. It was in recognition of this reality that BMW has decided to restrict the wagon version of its new 3 Series to overseas markets.

Those wanting a 3 Series wagon will thus have to hurry as remaining stocks of the current 3 Series Wagon represent the last chance they’ll have to get one, new at least.

BMW also confirmed the Gran Turismo will be abandoned, but in its case, far fewer tears are being shed over its loss. The designs of these variants for the 3 Series and 5 Series were, not to put too fine a point on it, hideous, and the models attracted few buyers.

In that case, then, good riddance. But we can’t say the same about the beloved 3 Series Wagon. Its departure marks the end of an era in North America. 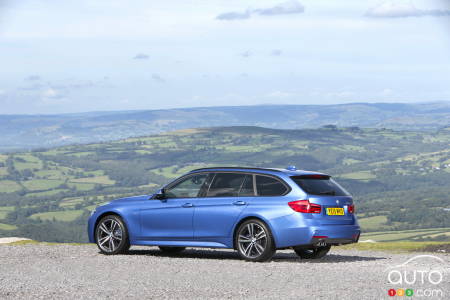