Palm Springs, CA – Just recently I was able to attend a special BMW program, being held for the second year running, during which journalists were given the chance to try out a handful of new 2019 models. A perfect opportunity for us to update our notes on some existing models and discover a few new ones.

One of those was the new Z4, a model that’s been much talked-about in recent months. Not so much because it’s hotly anticipated as such, but more because its close cousin the Toyota Supra has been on so many lips. The two models were developed conjointly in partnership between the two automakers.

The two models thus share a number of internal components, including the main ingredients of the powertrain that runs them. It will be interesting nonetheless to compare the two models. Now at least, we’ve gotten to slip behind the wheel of the Z4, at least for a short 30-minute test drive. 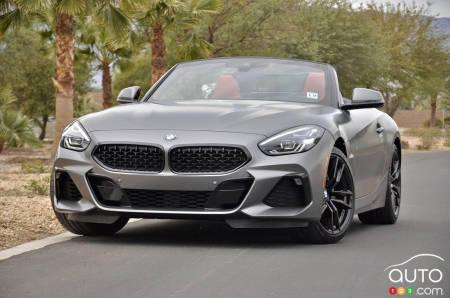 That’s little more than a blink of an eye, for sure, but it’s enough to get an idea of what the car is made of. We’ll be giving it a more thorough test over the course of the year, but in the meantime here’s what our first encounter in California told us.

Style: beholden to tradition
It’s inevitable, the Toyota Supra and BMW Z4 will be compared with each other every which way. Style-wise, it’s important to keep in mind that the Japanese automaker was starting with a blank slate so it could create a totally fresh product. At BMW, there were traditions to respect.

And that is a double-edged sword. Tradition adds prestige and demands respect, but it also puts the brakes on stylistic creativity and innovation. For starters, in the case of the Z4, there’s the front grille. And since it sets the tone for the fascia…

The good news is that BMW did play with that fascia by replacing the traditional strips with a beehive-type design. But then there are the headlights which do nothing if not evoke the Fiat 124, which kind of spoils the look a little bit.

That false note aside, the whole is quite seductive, and no doubt the car will turn heads. In the back, notably, the design gets more of a thumbs-up. 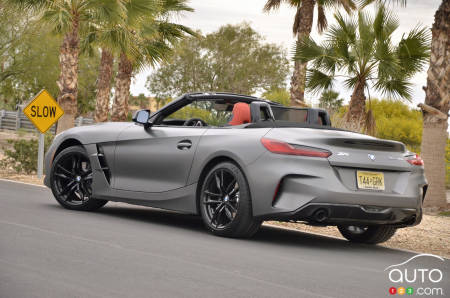 Inside: tradition reinvented
The irony is that the car’s interior, a space where BMW usually hews very strictly to tradition, benefits from some genuine changes here. In fact that’s something we noticed across the range of 2019 models on hand on this day. This is especially apparent in front the driver, where the physical dials have made way for a multifunction digital screen – an unavoidable trend in the industry.

Also worthy of note is the silver finish of the central console, a nice sporty touch. For the rest, the buckets seats are comfortable, though not particularly enveloping. The sweet spot for the driving position was easy to find after a few adjustments. 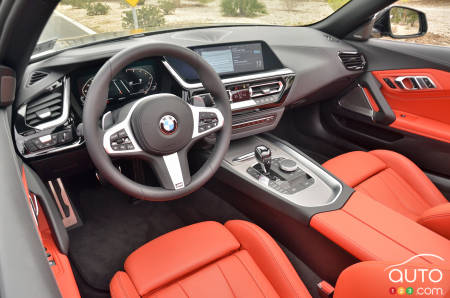 At the wheel: bring on the 6-cylinder…
The version we tried had what is actually the smallest engine in the Z4 product offering, a 2.0L 4-cylinder. Officially this unit delivers 255 hp and 295 lb-ft of torque, and it can take the car from a stop to 100 km/h in 5.4 seconds.

Our impressions did not really fit with these numbers, however. If that is what the car delivers, maybe it filters out to effectively the sensations felt by the driver? To be clear, accelerations are lively, and the 50-50 weight distribution of the car is notable. Still, the experience provided by a 4-cylinder in a sports car will simply never be a match for that delivered by an engine with two or four more cylinders.

Then there’s the sound, or rather the lack of it. Really, when you slam down the accelerator pedal of the Z4, you get everything you could ask for… except for the sensory experience you would expect from a car of this type.

It’s true that the driver can switch to a sportier drive mode, which does help awaken the senses. In fact, in this variant that we drove, the performance-enhancing packages that are available would seem to be a must to maximize the driving experience. Personally I was left wanting more, and it really made me antsy to try the Z4 fitted with the 6-cylinder engine. 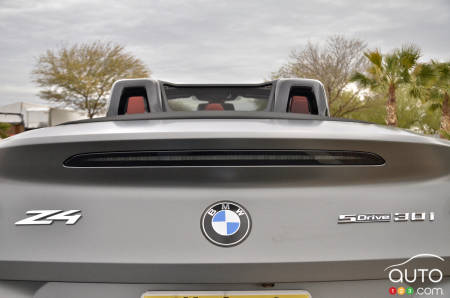 There are questions marks beyond purely the performance issue. The Z4 doesn’t come cheap (its base price is $64,450), and the buyer willing to fork over that much dough for this kind of car will put a lot of importance on the sensations they get in return. Add to that the fact that the segment it will compete in also includes a certain Porsche Boxster.

So, nothing’s guaranteed for the BMW Z4, which will have to fight mightily to stake is claim to some market share, and put up with endless comparisons with the Toyota Supra along the way. It’s true that the Supra will initially be offered in coupe version, so any comparisons will have to take that into account. Toyota is working on a convertible version, however.

We’ll also have to wait for our chance to drive the Supra to draw any more conclusions as to which model comes out smelling more of roses. We’re also anxious to try the Z4 M40i and its 382-hp engine delivering 369 lb-ft of torque.

We’ll know a lot more in the coming months, to be sure. 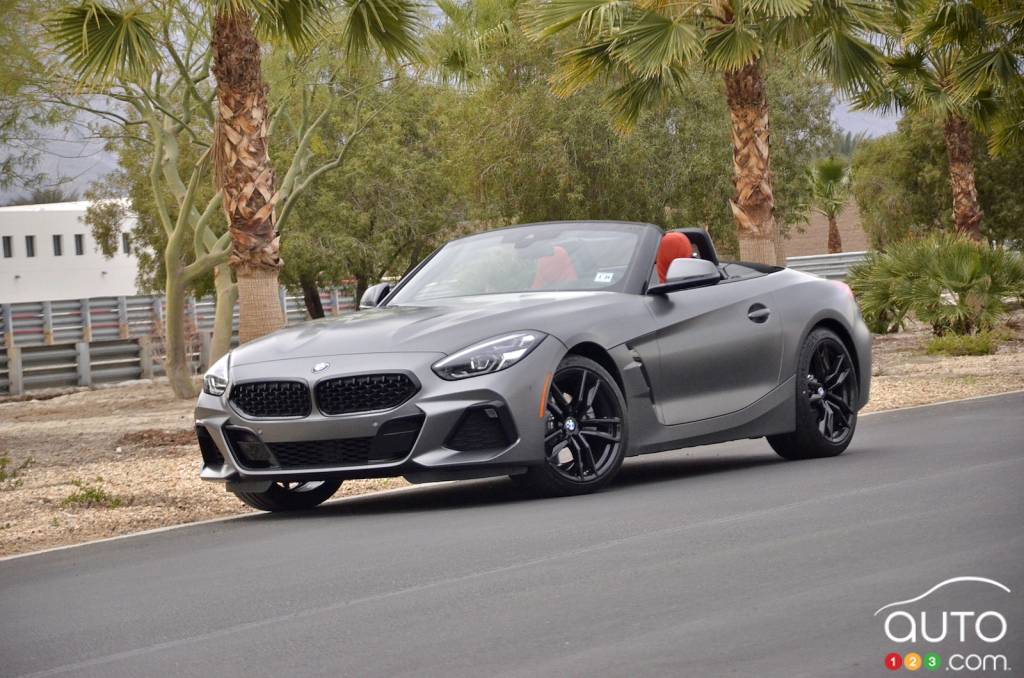 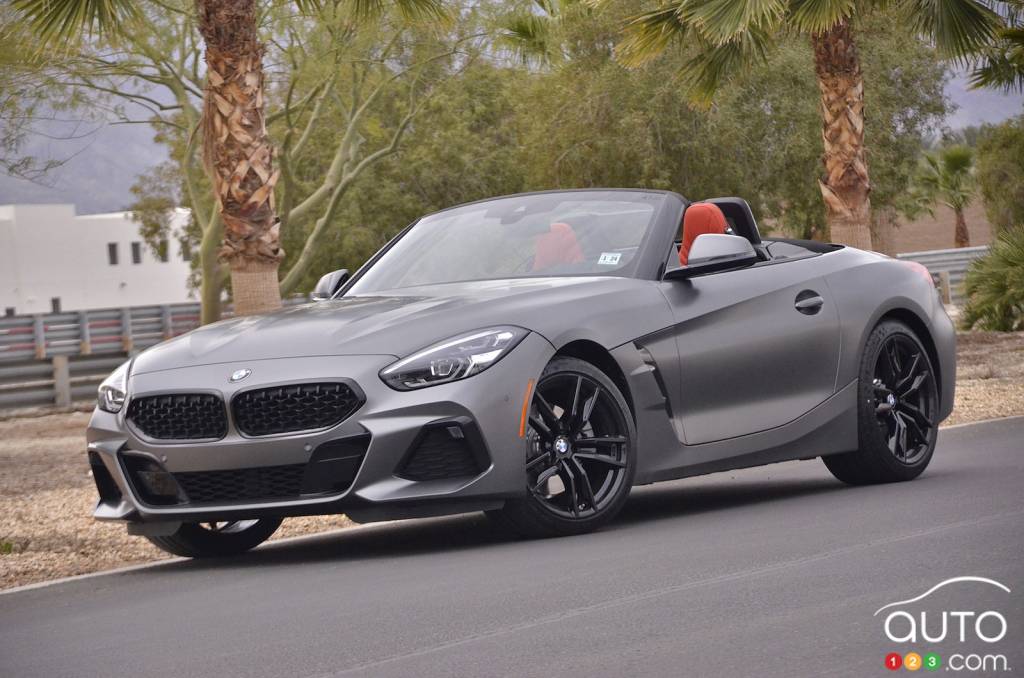 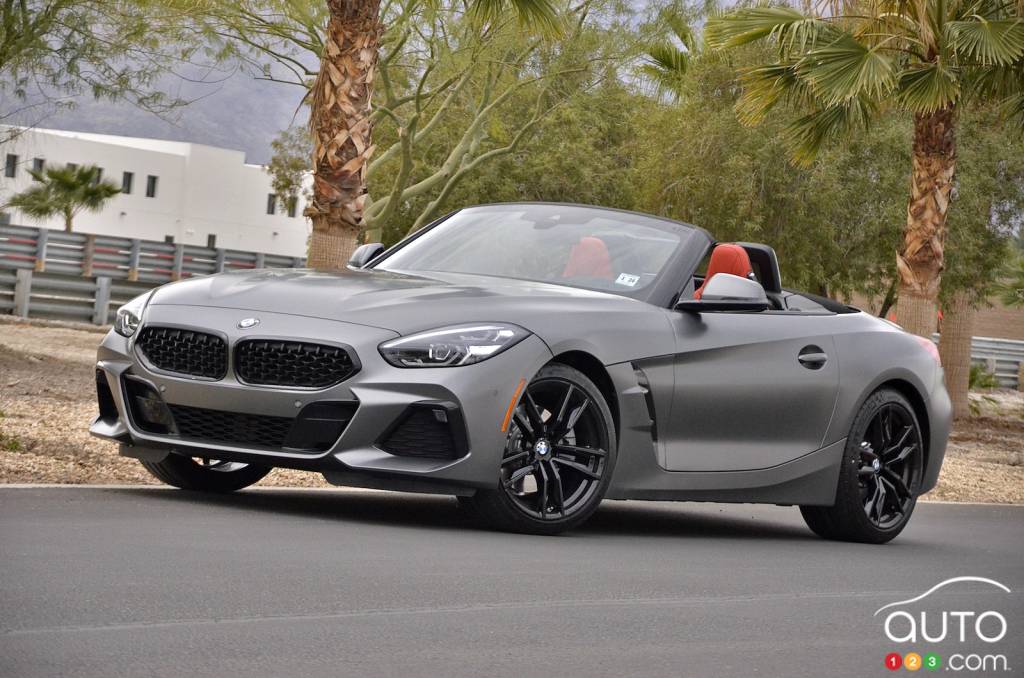 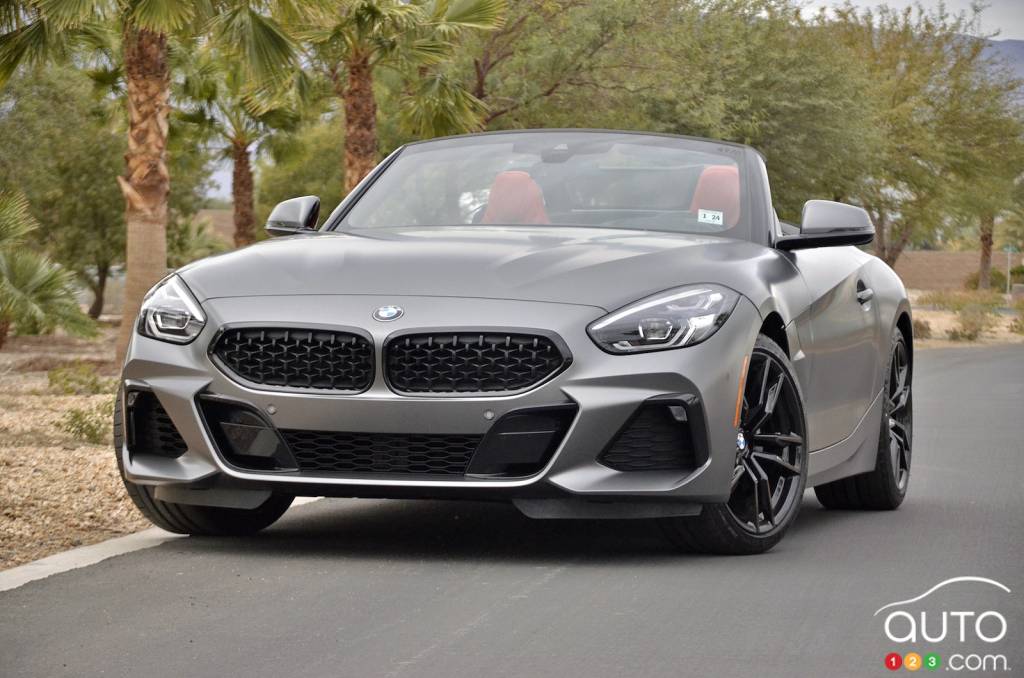 No manual transmission for the new BMW Z4

If you were still in doubt that the manual gearbox is an endangered species in the automotive industry, that should be erased when news comes that a sporty r...

At last, real images of the new BMW Z4

Official images of the new BMW Z4 have just leaked out ahead of the actual launch of the model next week at the Pebble Beach Concours d’Elegance. The images ...