The past dozen years have seen BMW greatly expand its product offering. Is this is a case of a company being a jack of all trades and master of none in the end? Whether that’s true or not, the German automaker’s decision to discontinue the 3 Series’ Gran Turismo is a sensible business decision.

That BMW is pulling the plug on the model has to be seen in the context of a difficult sales year in 2018 for the company. The company confirms that its operating profit fell by 7.9% last year, partially due to heavy investments in electric mobility technologies, but also because of sluggish sales in some markets.

Another factor that has affected profits are pressures resulting from tariffs imposed on vehicles made by BMW at its plant in Spartanburg, North Carolina and destined for the Chinese market. Then there are the new emissions standards being imposed in many areas around the world, which have forced many manufacturers to lower their sales previsions, and the uncertainty surrounding the looming Brexit.

"We expect strong headwinds to continue to effect the entire sector in 2019. In view of current developments, we intend to further broaden and significantly intensify these (cost-cutting) efforts."

One result of those measures is the discontinuation of the 3 Series Gran Turismo beyond its current, first generation. From our viewpoint it seems slow sales of the model are the main driver behind the decision, but BMW is maintaining that demand for the 3 Series GT was still robust. 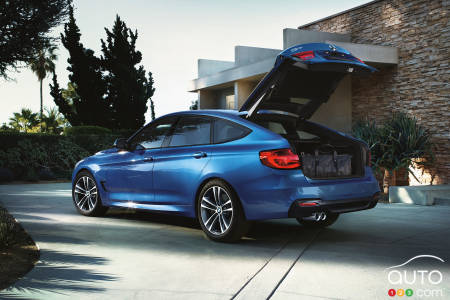 The company also warns that other models may be sacrificed. For now it isn’t naming names, but it does acknowledge it plans to simplify the BMW product offering.

Nods of approval
Industry analysts are greeting this news positively. One analyst, Juergen Pieper of the Bankhaus Metzler firm, pointed out that carmakers are not "supermarkets, there is no good reason to sell everything," and that models like this one won’t be missed.

Over in Europe, the automotive market in general was very sluggish over the second half of 2018. And the New Year brought no miracles: BMW had predicted an increase in January 2019, but sales dropped by 2% in the first two months of the year.

If those kinds of drops continue, we can expect to see other hard decisions being made at BMW HQ.

BMW has confirmed that it won’t renew the 3 Series Gran Turismo, a model that doesn’t sell and is no longer a logical fit in the company’s lineup. After a pe...

Toyota has confirmed it remains firmly committed to the passenger car in both the short and long terms, declaring that it has no intention of abandoning that...