Vancouver, B.C. - As if the 617 hp/553 lb-ft M8 Competition Coupé wasn’t bonkers enough, BMW announced the release of an even rarer model, with an even longer name.

Called the BMW M8 Competition Coupé Individual Manufaktur Edition, this Canada-only special – of which only 20 will be made – pays homage to the M version of the original 8 Series from back in the early ‘1990s. That car was only a concept, however; this latest is as real as it gets.

It packs the same power and xDrive AWD system as the car on which it’s based, but it gets two exclusive colours: Fire Red and Frozen Black – the former is the colour in which the original M8 Coupé prototype was shown in, but never built. 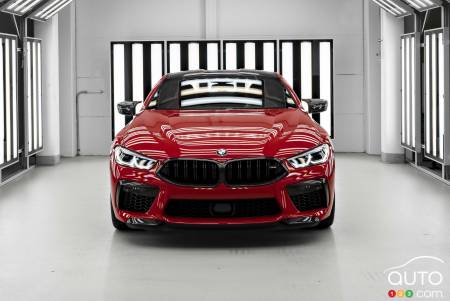 Other unique bits include a “BMW Individual Manufaktur” inscription in the cupholders and on the wireless charging tray cover and Sakhir Orange stitching over black full Merino leather throughout the cabin.

Outside, this special edition of the M8 Comp Coupé adds carbon fibre side skirts, kidney grille and side air curtain vents. It looks sharp (especially in Fire Red; you can see why they chose this colour for the show car we saw at the Luxury & Supercar Weekend in Vancouver, BC), and there’s little question that this car is somewhat special. The impression is further pushed home when you pop the hood, which reveals probably the coolest engine cover you’ve seen this side of an aftermarket show. Usually, I’m a little bummed when I crack open a hood only to reveal a big, plastic cover as opposed to a proper cam cover and headers, but the multicoloured carbon fibre piece in this car… well, I could stare at that baby all day. Heck, I may even take it off, just to hang in my mancave (if I had one – Vancouver condos don’t tend to have the space). It’s a beautiful thing, it really is and it works a treat considering the car surrounding it.

This is, be forewarned, is a car that will set you back almost $200,000 if you want one – exclusivity will do that. But if that doesn’t scare you off, they will be available at Canadian BMW dealers in October of this year. 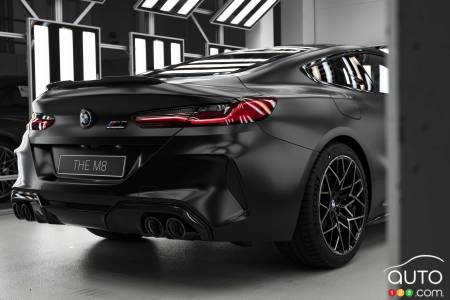 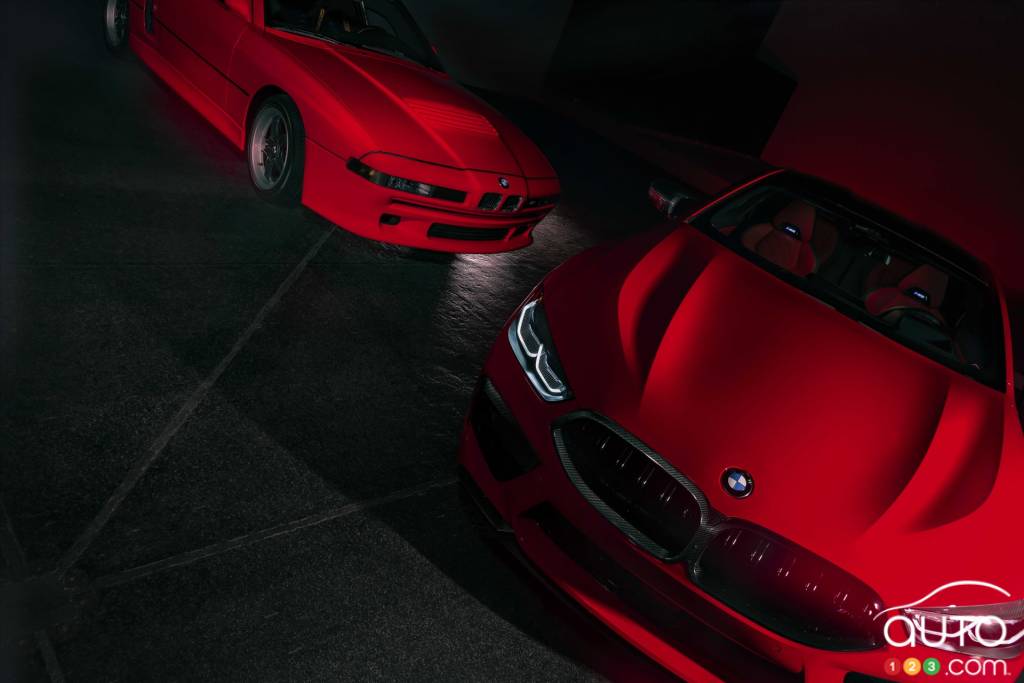 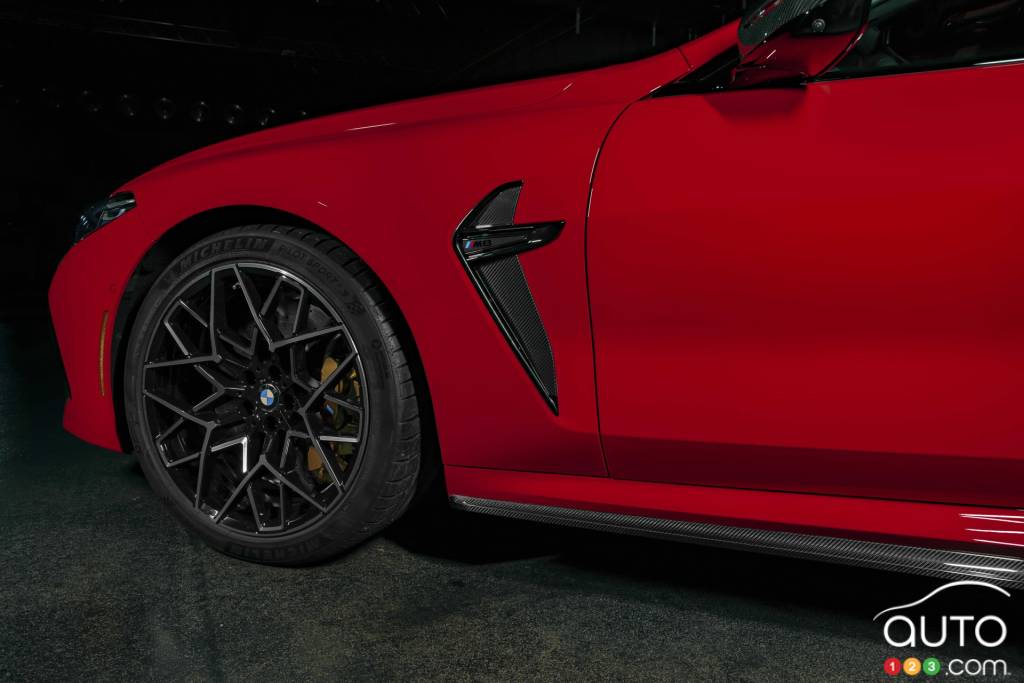 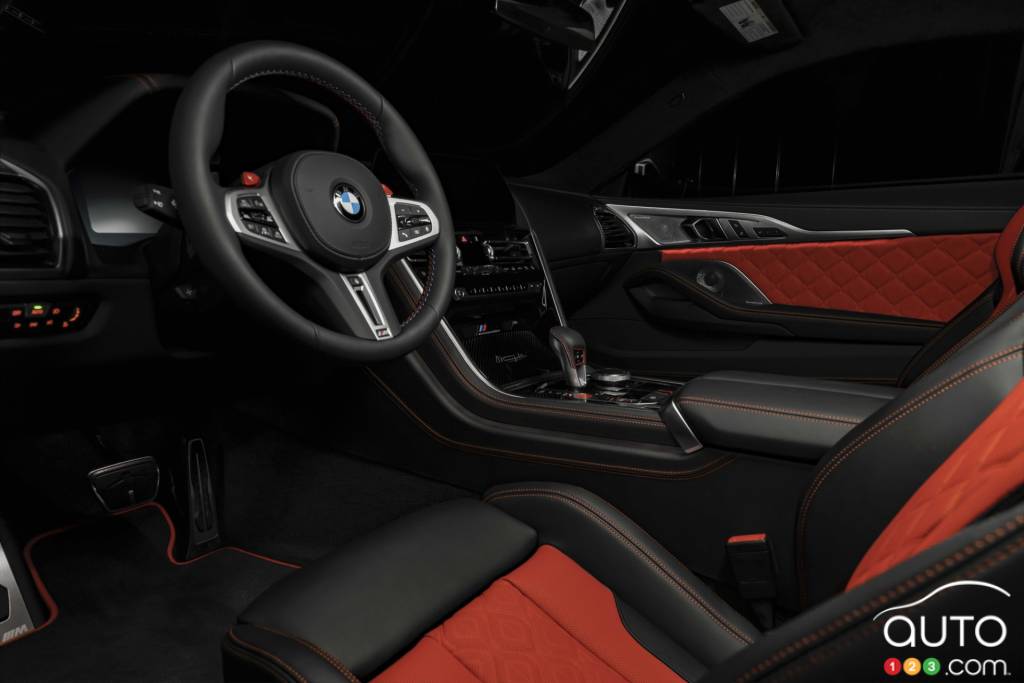 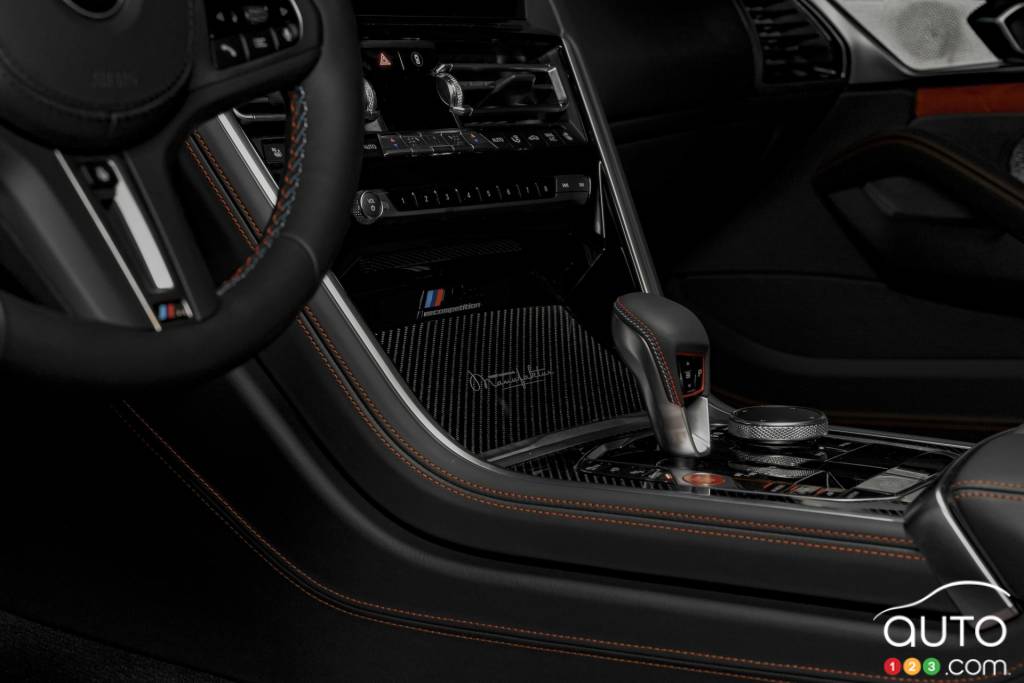