We discover the new 2020 BMW X6, the third-generation edition of the model that started the wave of Sport Activity Coupes from the German automaker

German automaker BMW first showed the results of its curious idea of combining the qualities of a utility model with those of a sports car back in 2007, at the Frankfurt auto show. The model it displayed there was a concept vehicle called the X6. Clearly and intentionally an offshoot of the X5 SUV, the new X6 concept was also clearly intended for an eventual production version. BMW had already demonstrated a willingness to explore new vehicle categories.

In that case, BMW had, without realizing it, invented a new sub-category out of thin air with this X6, a vehicle that was a little less ‘utility’ and a lot more ‘sport’. BMW called it a Sport Activity Coupe (SAC). 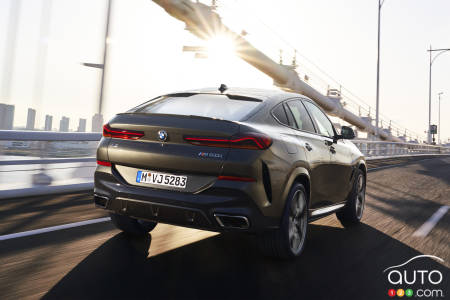 The BMW X6 hit the market in 2008 as a 2009 vintage, and, contrary to its first rival in this nascent segment, the Acura ZDX first unveiled at the 2009 Detroit auto show, it quickly established itself thanks to its esthetic qualities and for its overall design, which left few people indifferent.

Some consumers found in this new type of vehicle an original way to stand out in traffic, while others saw an SUV that was significantly sportier than its flat-roofed progenitor, the X5.

More distinctiveness this time around
Now on its third generation for the 2020 model-year, the BMW X6 has become the symbol of an industry trend that shows no sign of slowing down. With Mercedes-Benz and Audi now in the fray, and even Infiniti (in the near-future), the SUV coupe has become a distinct, stand-alone segment. From BMW there’s not only the X6 but the smaller X4 and even X2, both inspired by the X6 and which serve to provide buyers with a sportier version of the SUV models they’re based on (the X1, X3 and X5). 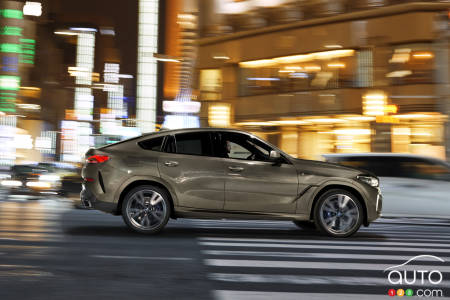 For this new X6, the company’s design department gave itself the mission of creating a further distinction between it and the X5, so the model gets a unique front end, especially for the front grille that gets a more “squashed” look, and under the optical blocs where the lines of the front end are more sharply drawn. From the side the coupe shape is strongly apparent, with the fenestration that goes along with that.

As for the back end, it takes much of its inspiration from the smaller X4, as the plate is repositioned within the bumper, unlike the X5. There’s also the pair of flattened position lights which use LEDs.

An upgraded interior
Like its more utilitarian sibling, the BMW X6 has also been upgraded inside, as we’ve seen BMW do with both the 3 Series and 8 Series in recent months. The overall quality of the interior environment is noticeable more upscale than in the outgoing model, and ergonomics have been improved as well – another common feature of all BMW model revisions lately. And so the drive mode selectors between the two front seats are clustered around the gear shifter as well as that much-lauded knob that allows the user easy access to the infotainment system.

The BMW X6 also gets a bigger touchscreen, which at 12.6 inches matches the size of the screen behind the steering wheel.

In the regular as in the beefed-up versions like the X6 M, passengers get front-row bucket seats, while in back the bench seating can accommodate three seats, even with the fastback-style roofline. Further back, the trunk offers 580 litres of cargo space, or 1,525 litres with the bench folded down, which is slightly less than what you get in the flat-roofed X5 SUV. 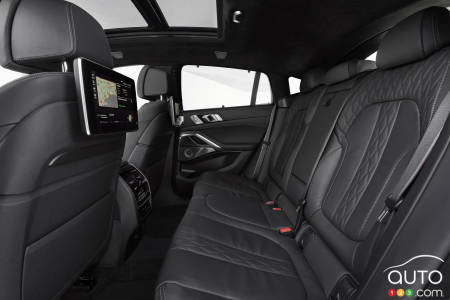 Three flavours, three personalities - all sporty!
Unlike the first-generation X6, which was actually sold for a brief period in a hybrid variant, the new X6 gets just the three choices of engines under the hood. To start, the X6 xDrive40i comes with an inline-6 turbo engine delivering 335 hp and 330 lb-ft of torque. This base engine does very good work under the hood of the X5, it should be noted, and this tells us that even the entry-level X6 model is sure to offer excellent performances.

The X6 M50i, for its part, gets a twin-turbo V8 engine making 523 hp and 553 lb-ft of torque; this engine has done wonders powering the 8 Series and the X5, among others. And frankly, this unit is more than enough for Canadian roads where our speed limits restrict how much we can fully exploit large-cylinder engines.

But if a 500+-hp engine is still not enough for you, the M division produces an X6 M Competition version, also fitted with a V8 twin-turbo, but which in this configuration delivers 617 hp and 553 lb-ft of torque, not to mention a more awe-inspiring symphony of sound. We’d expect nothing less from an M-badged performance SUV from BMW… 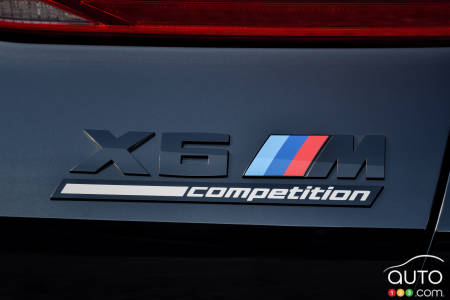 All versions comes with BMW’s all-wheel-drive system, as well as an 8-speed automatic transmission that allows drivers to shift manually using either the lever or the paddle shifters mounted on the wheel.

The 2020 BMW X6 arrives in Canada right on cue for the cold season, and it’s sure to please its share of performance-SUV lovers, the exact target audience for this instigator of this unusual look that combines utility-vehicle architecture with sporty lines. 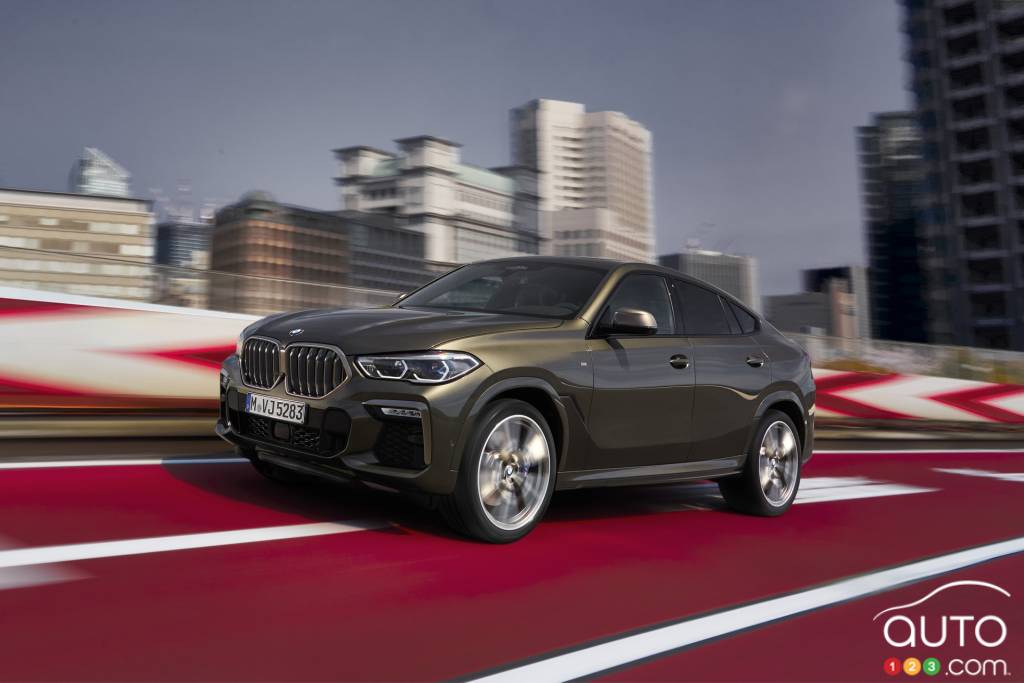 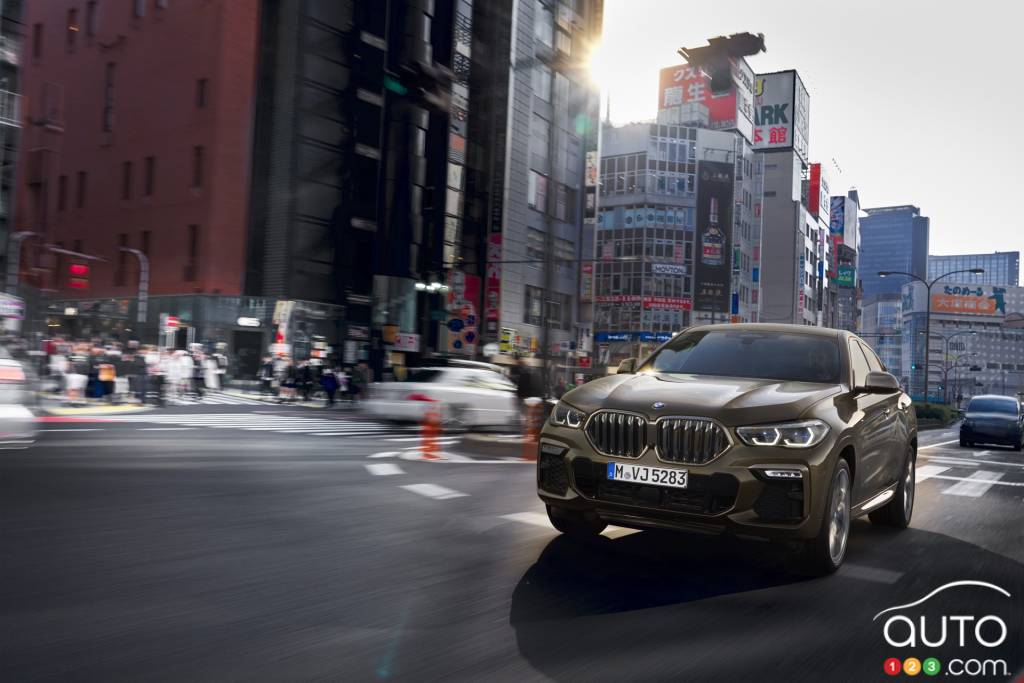 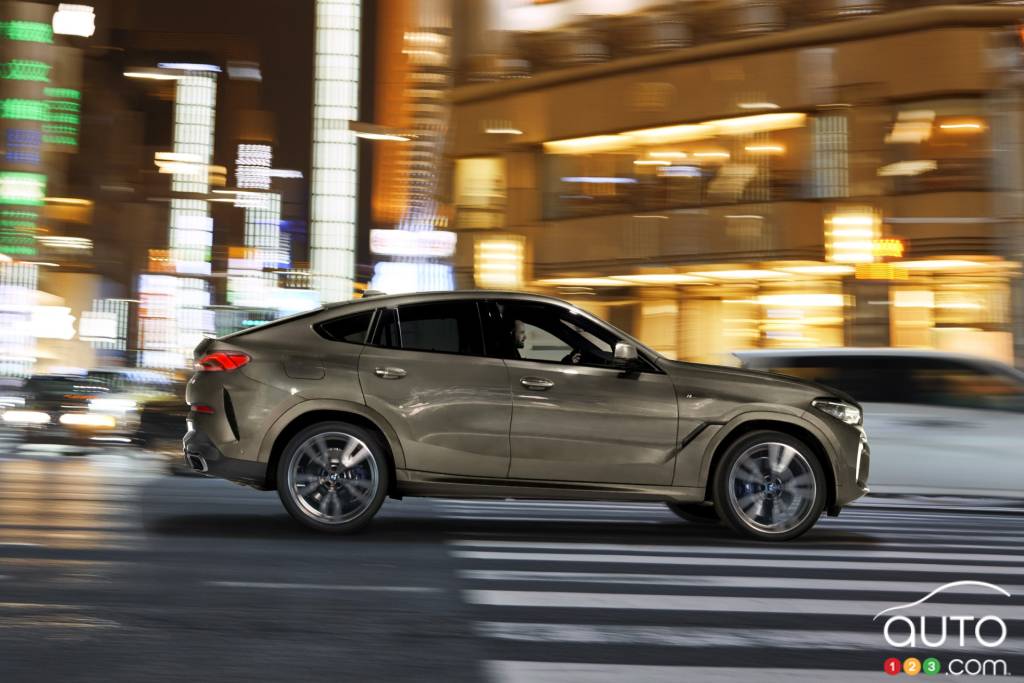 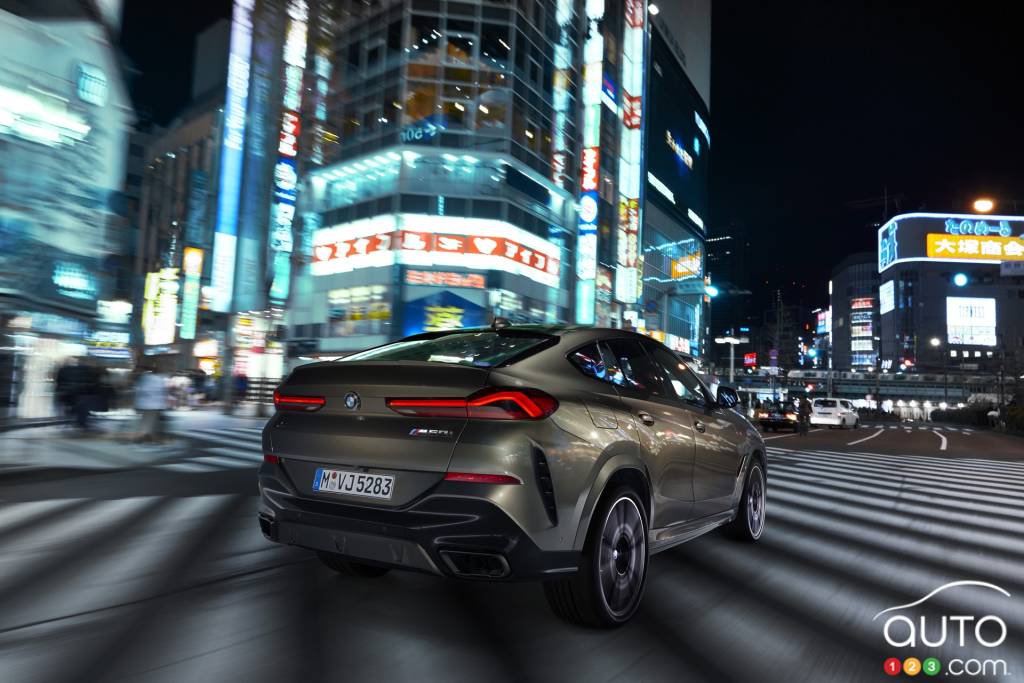 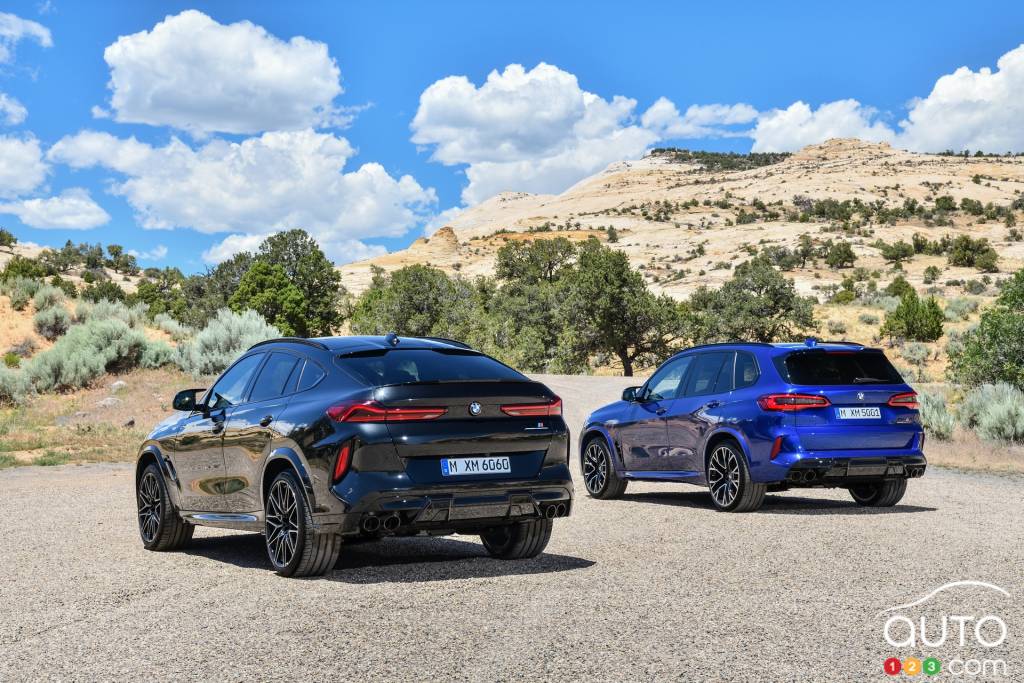 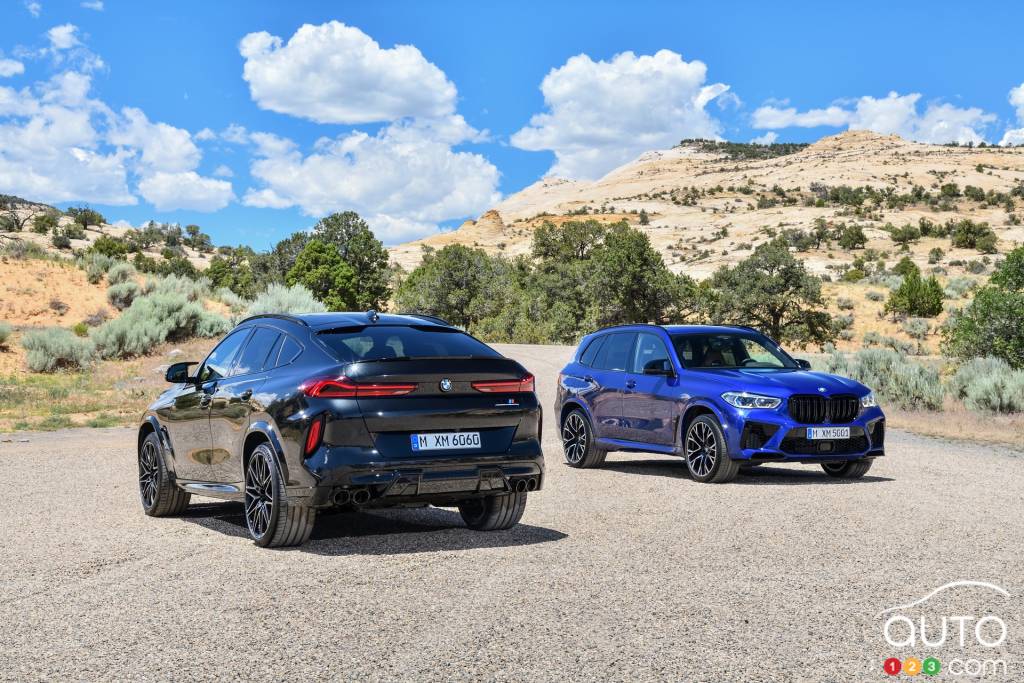 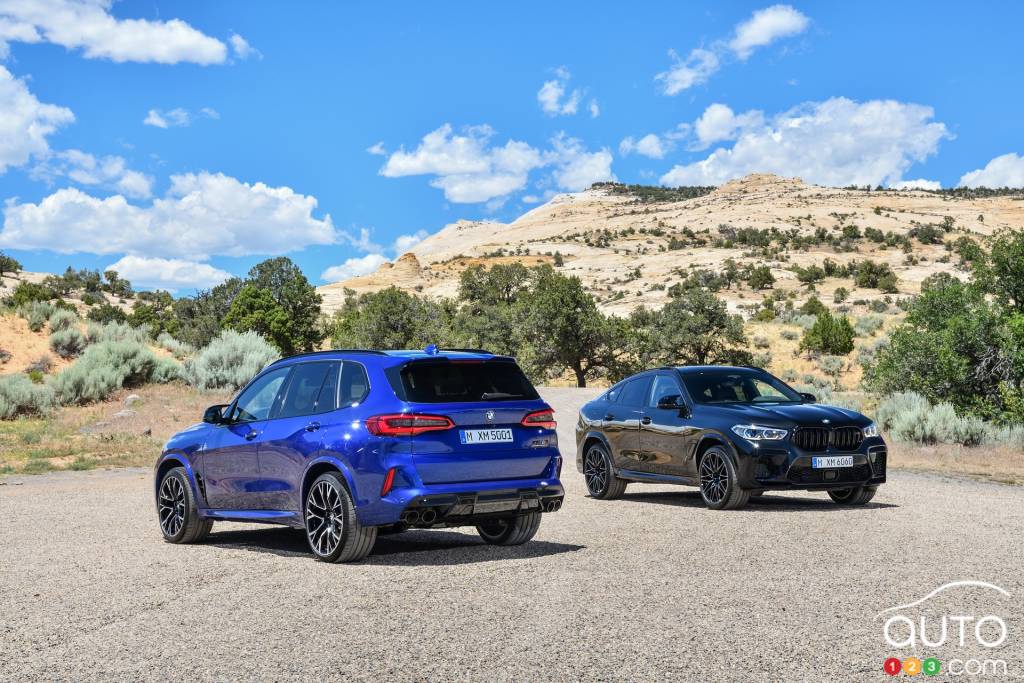 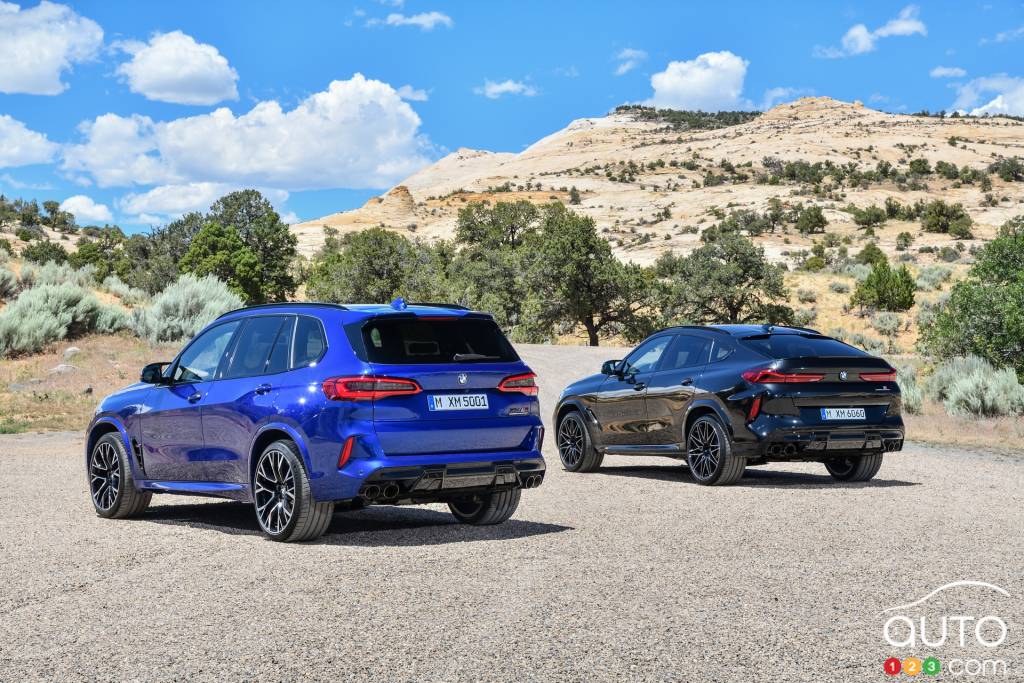 2020 BMW X5 M Review: As Impressive as It Is Unnecessary

We can’t help but question the relevance of the 2020 BMW X5 M Competition, an over-engineered beast that sits above the already-powerful regular X5 in the Be...