On the eve of the 2016 North American International Auto Show in Detroit, General Motors announced that the Chinese-built Buick Envision luxury crossover will go on sale across North America in the second half of this year.

Standard features include 19” wheels, heated front and rear seats (with 8-way power adjustments for the driver and front passenger), a heated steering wheel, tri-zone automatic climate control, a rear-view camera, Buick IntelliLink with 8” display, Bose audio, and more. Customers will have plenty of options to choose from such as a panoramic sunroof, park assist, and emergency braking.

Pricing for the 2016 Buick Envision will be announced at a later date. 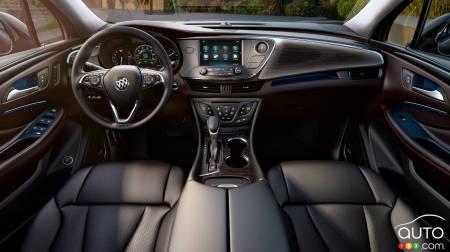 Buick gave its next-gen 2020 Buick LaCrosse its world premiere in Geneva this week, but actually the model will only be sold in China, a huge market for the ...