The tea leaves are clear: the glory years of combustion engines are drawing to an end. Not that the format is anywhere near disappearing, but its role will certainly change over the course of the next decade. And that will be most apparent when it comes to big-cylinder units.

Which leads us, of all places, to GM’s luxury banner. While Cadillac has already been anointed to lead the way to electrification for General Motors, the luxury automaker is simultaneously drawing up plans to give gas engines a bang-up going away party.

In an interview with The Globe and Mail, Cadillac’s performance variants manager Mirza Grebovic said that the V series of models could actually expand throughout the model range, and that fans of performance cars will like what they see in the next few years:

"We’re trying to go out with a bang while internal combustion is still kicking."

The V lineup will essentially come in two forms at Cadillac. There are the products the company has recently presented, like the CT4-V and CT5-V, for one. But these are not really representative of what fans expect from true performance cars. They have in mind more the spirit of the V-Sport series we saw in recent years. The CT4-V and CT5-V actually deliver less power than the two models they’re replacing, the ATS-V and CTS-V.

Cadillac is thus working on another level of V models, which could inherit the Blackwing name. The CT5, for one, could even get a V8 under the hood.

It’s also not implausible that the company might give its line of SUVs the same V treatment. After all, BMW, Audi and Mercedes-Benz all do it…

The scent of gasoline is due to persist over at Cadillac, it appears, even as the company leads to charge to electrification. 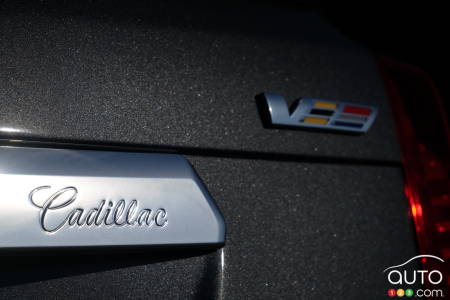 Speaking of which, we could see a first fully electric model from the banner as early as 2021 or 2022, which would sit on GM’s highly flexible BEV3 platform, able to accommodate several different types of electrified vehicles. The automaker is relying on that platform to help it get to profitability with its EVs.

Seeing a company fight on two widely divergent fronts simultaneously is remarkable, of course, and it’s another reflection of the extraordinary times we live in in the automotive domain.