The decision announced today is hardly a surprising one in the current automotive reality, but until recently diesel technology was still an active concern internally at Cadillac. The company in recent years maintained an active strategy for developing diesel engines.

In an interview with Automotive News, Cadillac president Steve Carlisle confirmed that the company was working on diesel technology, but added that markets were evolving at a pace that was quicker than anticipated at Cadillac. Those upheavals are now driving the automaker to turn its attention to electrification.

It’s safe to assume that if Cadillac was actively pursuing diesel technology, it wasn’t with the American market in mind, but more with a view across the Atlantic. In the early stages of its development, the brand-new XT4 crossover was supposed to get a diesel engine, but that plan was dropped along the way.

At the launch of the XT4 last week, mention of diesel engines was conspicuous by its absence. And yet the company had working on it for several years. Without a doubt, the Volkswagen diesel scandal, as well as the sale of European automaker Opel, have put the kibosh on Cadillac’s diesel-engine project.

Cadillac maintains it is not abandoning the project altogether. Steve Carlisle mentioned that if demand were to justify it, a Cadillac diesel engine could well see the light of day. 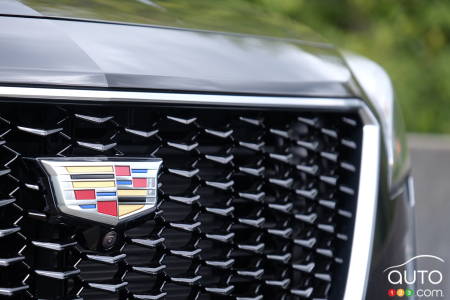 New architecture, new engine, new tech: the 2019 Cadillac XT4 is what you get when a premium automaker gets to build from scratch and create a mini-version o...