Cadillac's Super Cruise system currently offers autonomous highway driving. While not perfect, the system shows promise, and it will soon it will be available on all models offered by the company.

What’s more, we'll soon have an upgraded version, one that's capable of doing even more without our help.

General Motors' luxury division has announced that its Super Cruise system - Level 2 on the autonomous driving scale - will offer new technology, namely automatic lane change capabilities. The enhanced application will be available as an option on the 2021 CT4 and CT5 models and on the revised 2021 Escalade, starting in the second half of the year. 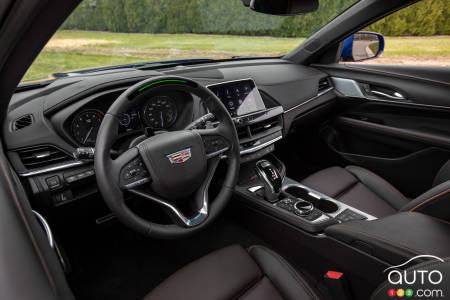 With the new Lane Change on Demand function in place, drivers need only tap the turn-signal stalk to indicate to the system that they wish to change lanes.

At that, the Super Cruise takes over and checks the traffic conditions in front, around and behind the vehicle to determine if it’s safe to change lanes at that time. If it’s deemed to be, the vehicle proceeds on its own.

Throughout the process, the status of the requested operation is indicated on the dashboard. The driver is informed whether the change has been started, is in action or completed.

New rear-facing sensors, as well as updated vehicle tracking software algorithms, are fitted to ensure that the system only runs when there is a sufficiently large gap between vehicles. 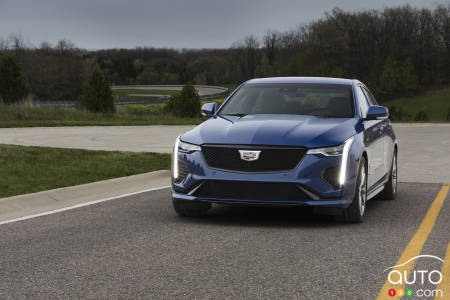 Cadillac spokesperson Arianna Kughn confirmed it won’t be possible to modify or upgrade CT6 sedans equipped with Super Cruise to accommodate the new feature, as they use GM's latest digital architecture. Plus, the end is approaching for this model, which means it won't benefit from investments.

Beyond the lane change function, the latest update to the Super Cruise system also includes the addition of more in-depth map data to make the system offer more human-like driving behavior on the road. The new map information will also improve the system's ability to manage interchanges and turns on highways.

Note that the map data still only covers portions of the United States and Canada. 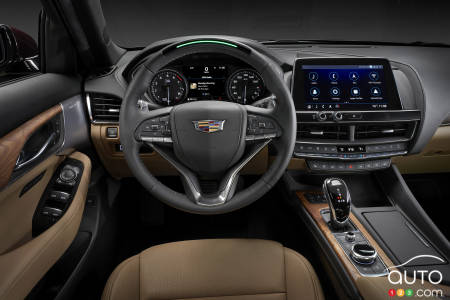