The U.S. National Highway Traffic Safety Administration (NHTSA) has opened an investigation into a potential problem with an airbag warning light found in 749,312 vehicles manufactured by General Motors. The problem could prevent the airbags from deploying in an accident.

The agency, according to documents posted on its website, began a preliminary assessment after receiving 15 consumer complaints about the alleged system malfunctions on 2020 and 2021 model-year GM vehicles. The products affected are Chevrolet Silverado, Tahoe and Suburban, GMC Sierra, Yukon and Yukon XL, and Cadillac Escalade and Escalade ESV.

The vehicles being looked at as part of the investigation were involved in six crashes that resulted in eight injuries but no fatalities, according to the NHTSA.

The agency said it is “opening this preliminary investigation to determine the scope and severity of the potential problem and to fully assess the potential safety-related issues”.

News of the inquiry was first reported by Automotive News, which added that GM itself has not as yet not responded to its request for information on this situation. 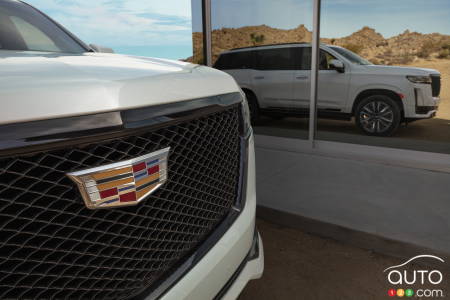