The manual transmission has been dying a gradual and well-publicized death in the industry in recent years. In 2017 and 2018, less than 4% of vehicles sold were equipped with a manual gearbox.

But before we declare and dead and gone, we should keep in mind that there remains demand for the manual transmission, and as long as that’s so automakers will continue to offer it on some products.

This week Cadillac confirmed, via General Motors president Mark Reuss, that it wants to keep the manual alive in its product offering. He told Muscle Cars and Trucks website that “Cadillac will make manuals in V-Series.” Unfortunately, he declined to specify which models would be so equipped, opening the door to fun speculation among the likes of us.

By extrapolating a bit, we recall that the V variant of the ATS sedan included an option for a manual transmission. Going further back in time, the initial versions of the CTS could also be had with three pedals. 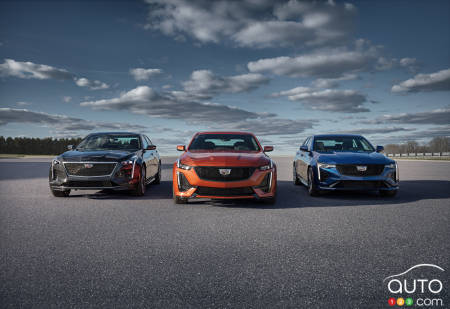 Just recently GM’s luxury division presented the V performance versions of its CT4 and CT5 models. For the moment, these models have no manual gearbox listed on their spec sheets, but that could change quickly of course.

Chances are good that the Blackwing versions will come with the option. These editions will come equipped with Cadillac’s new Blackwing engine, a 4.2L turbocharged V8 generating 550 hp and 627 lb-ft of torque.

Now that Cadillac has confirmed its plan to bring back the manual gearbox, we can expect all sorts of rumours to fly in the next few months. Certainly this is good news for driving purists, who must salivate at the possibility of using all their limbs to drive a performance Cadillac in the near-future.

We know we are.

We’re also probably not alone in seeing the irony in Cadillac dedicating itself to the manual transmission at the same time as brands like BMW turn their backs on it.

And that’s one of the fascinating qualities of the automotive industry: it never fails to surprise. 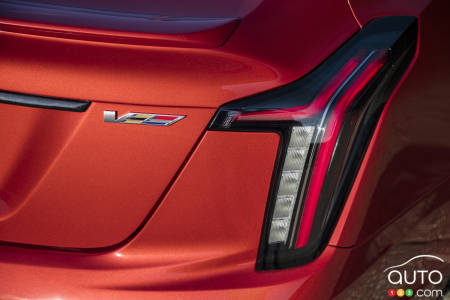 Manual Transmissions Coming to the 2022 Cadillac CT4-V an...

Cadillac has confirmed that its 2022 CT4-V and CT5-V Blackwing models will be available with a manual transmission. What’s more, the vehicles will be the fir...