Late-model SUVs and pickup trucks with key fob systems are increasingly a top choice of car thieves in Canada, a new report shows. The Insurance Bureau of Canada (IBC) has just released the results of its study that crunched data from across the country for 2019, and found there is a marked increase in thefts of vehicles parked in driveways, in front of homes or in public parking lots via the use of widely available electronic devices that allow thieves to drive off in vehicles that aren’t theirs.

According to the Bureau, a vehicle is stolen in Canada once every six minutes, and much of the interest is for specific models and types and is driven by overseas demand, demand for parts, or by street racers within Canada. The single most-popular model in 2019, according to the data, was the 2018 Honda CR-V with all-wheel drive, of which 350 were snatched across the country last year. That total climbs to 758 when adding in 2017 and 2019 CR-Vs.

Not too surprisingly, car thieves’ tastes vary quite a bit depending on what region of Canada they’re in. Ontario’s theft rings focus especially on top-trim models from brands like Lexus, Toyota and Honda. In Alberta, the most likely targets are pickups. Farther east, in the Maritimes, thieves have more eclectic tastes, going for everything from sedans like the Honda Accord to big SUVs to pickup trucks like the Chevrolet Silverado, which actually ranked number-one in the Atlantic provinces for thefts last year. 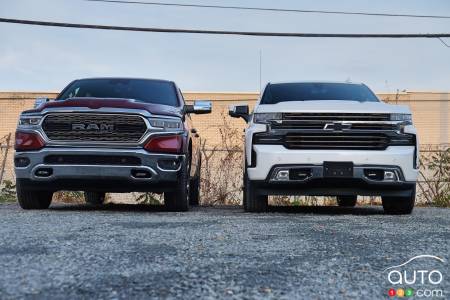 The perils of technology
The Bureau’s report also highlights how far we’ve come from the smash-and-grab days of car theft when the breaking of a window and some hot-wiring was required to make off with a vehicle. Today, the typical method involves using one of several different tech-based solutions. One of the most common, explained Bryan Gast of the IBC, is what’s called a “relay attack”, in which thieves pick up a key fob’s signal from outside the home in order to clone the fob:

"It's as simple as walking to your front door, seeing if they're able to capture a signal of a key fob that might be inside. They don't go anywhere in your house. They're capturing it from the outside. And they have the ability to technologically clone the device and have the ability to start your car and drive off."

Gast goes so far as to suggest that vehicles owners should avoid the temptation to simply put down their key fob on a table or on a hook right inside the front door when entering their home, and instead place it in a metallic box, which will block radio frequencies. 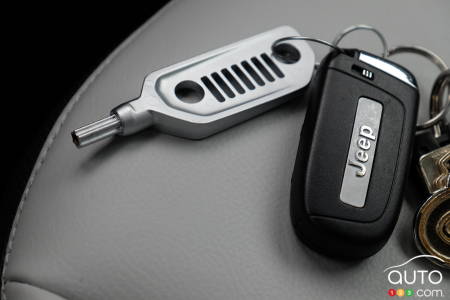 Though this is almost hard to believe, in some cases the advent of key fobs has led owners to get in the habit of simply leaving theirs in their vehicle, for convenience’s sake. Needless to say, that’s not a good plan.

Sometimes even owners with the best of intentions can inadvertently make things easier for savvy car thieves camped out, say, in a mall parking lot. As they walk away from their vehicle, many owners double-check that it is locked using their key fob, but doing so makes the fob emit a frequency, which can be picked up by the right equipment in the vicinity, and it’s then possible to create a clone.

Here are the 10 most stolen vehicle models in Canada in 2019 (all models with AWD):

Honda Canada announced today that the revised new 2023 CR-V Hybrid will be built – and sold - in Canada, starting this summer. That’s great news for Honda’s...

Spring is just around the corner; in fact in your corner of Canada it might already be here. Auto123.com presents our buying guide to summer tires and all-se...