Honda Canada announced today that the revised new 2023 CR-V Hybrid will be built in Canada. The plug-in model is currently assembled at Honda’s U.S. plants in Indiana and Ohio, but now production will be expanded to Canadian facilities as well.

That’s great news for Honda Canada and its workers, of course, but it also means that the Canadian market will finally be getting the hybrid version of the popular CR-V SUV, currently only offered to customers south of the border. In fact it’s been available there since 2017 and calls for it to make the trip north had until now fallen on deaf ears at Honda.

That’s going to change, starting this summer when production of the model begins at Honda’s plant in Allison, Ontario, which employs some 4,200 workers. Retrofitting of the facility’s Plant 2 assembly plant is already underway, according to Honda CEO Jean-Marc Leclerc.

The company is not saying how much it is spending on the renovations at the assembly plant, but recall that Honda previously poured over $400 million into upgrading the Alliston facility back in 2017, when it was already producing the regular CR-V as well as the Civic. 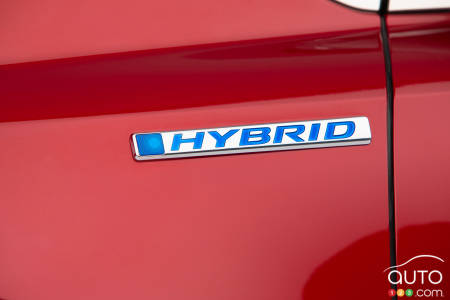 Honda Plans More Hybrid Variants, Including of the Civic

Honda says it will focus on offering more hybrid variants of its core models in the next few years to help in its transition to electric models. The plan inc...