A work conflict affecting GM in the U.S. has led to a shortage of parts for the assembly of the Chevrolet Blazer in Mexico, so production has been temporarily halted.

In Canada the Chevrolet Blazer has had a bumpy first year, with sales lagging behind expectations. General Motors sold 314 units of the model nationwide in the month of September; year-to-date sales have reached only 1,865 units.

It’s a different story south of the border, where the resurrected nameplate has proven very popular. GM sold 20,312 units in the U.S. in the month of September alone.

Those waiting to take delivery of their new Blazer might have to wait a little, however. The automaker has announced a temporary halt to production of the SUV  at its Ramos Arizpe plant in Mexico. The cause? The month-long work conflict at General Motors in the United States that has seen 46,000 workers leave their posts. 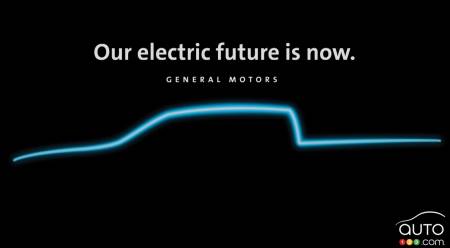 The strike could soon be over, however, as a tentative agreement was reached last week between GM and the United Auto Workers union. Union members still need to ratify the agreement, and until that happens they remain on strike. A vote is set to take place by this coming Friday, October 25, and if the agreement is ratified production of the needed parts (and of the Blazer) could get underway again next week.

Recall that the union representing Canadian GM workers reacted with anger to the company’s decision to assemble the new Blazer in Mexico instead of in Canada. Building the SUV here would literally have saved GM’s Canadian plant in Oshawa, Ontario.

That decision, together with the high price points attached to the all-wheel-drive versions of the SUV, do much to explain the model’s sales struggles in Canada.