Chevrolet has added a new utility model to its growing lineup, and this one’s not just any model: the manufacturer put on a show in Atlanta, Georgia tonight for the presentation of its revived new Blazer, back after a 10+-year absence, though now an urban-flavoured crossover. Auto123.com was at the presentation to take notes, snap shots and shoot video, and we’ll be sharing more details in the coming hours!

Contemporary, but with a dash of nostalgia
The new Blazer, now a mid-size crossover SUV, features a fully contemporary design, with little if any nods made to the Blazers of old… other than the name. 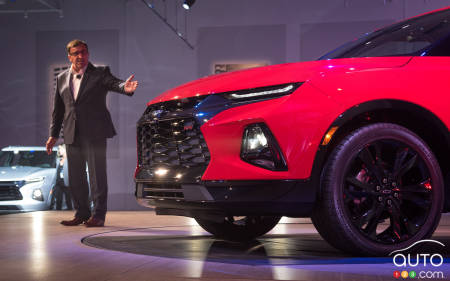 Chevrolet will slot the model in between the smaller Equinox and the larger Traverse in its ever-growing SUV lineup. Displaying a somewhat more aggressive look than the typical Chevy SUV, the new Blazer will also be offered in RS version, for an even more dynamic and sporty aesthetic.

Rumours concerning the return of the Blazer nameplate on a Chevrolet utility model have been around for years, but many of them were pointing to a rugged creature along the lines of a Jeep Wrangler, for example. Instead, the Blazer revealed Thursday evening in Georgia looks more fit to tame city, suburbs and cottage country than handle any off-road duties.

The new Blazer is in fact built on the same platform that underpins the Cadillac XT5 and the GMC Acadia, although it will ride on a wider track. 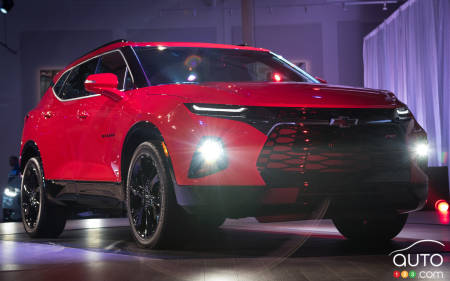 Powertrain
The Blazer base model will be fed by a 2.5L 4-cylinder engine able to generate 193 hp and 188 lb-ft of torque. Those who want more beef on their burger can opt for the 3.6L V6, which will deliver 305 hp and 269 lb-ft of torque. Buyers can also choose between the standard front-wheel drive and optional all-wheel drive system. 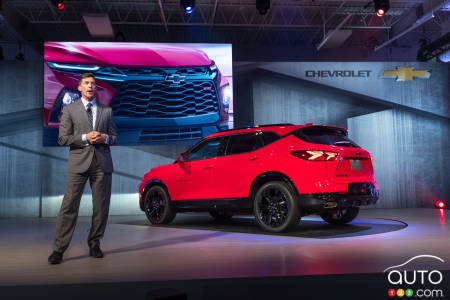 The Chevrolet Blazer is expected to go to market early in 2019. According to the manufacturer, it will be available out of the gate in only two versions (in addition to the base model), the RS and the Premier. For the moment, we know nothing officially regarding pricing. But if you use the Equinox and the Traverse as bookends, you come up with a starting price somewhere between $27,000 and $37,000.

As mentioned, Auto123.com was on hand at the presentation in Atlanta, Georgia, We’ll be sharing more details, photos and videos soon! 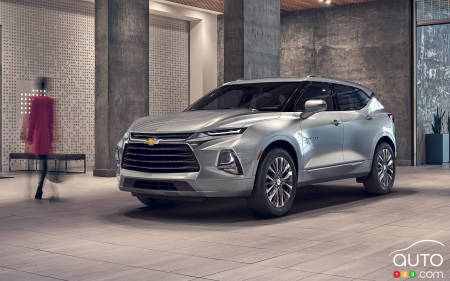 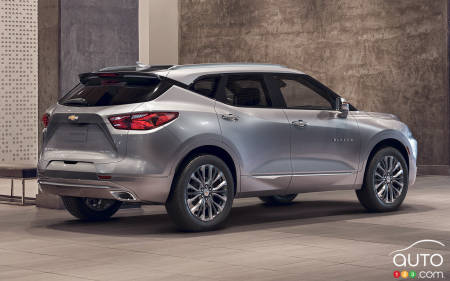 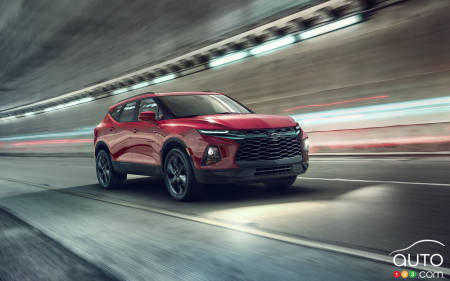 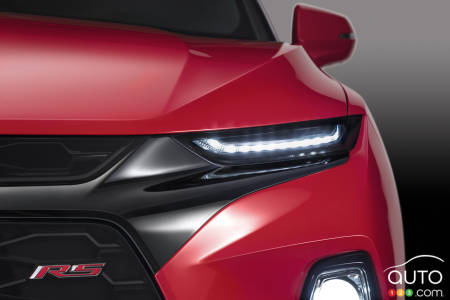 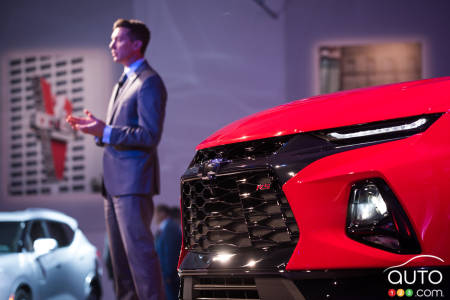