The value of any collectable item is attributable to two things, basically: its rarity and the demand for it. In the case of Hot Wheels model cars, their popularity is such that clubs exist around the world and many communities dedicated to the cars hold meetings at which collectors can connect with each other.

It is thus not total surprising to learn that certain items in particular can be very valuable, under certain circumstances.

Such a figure is not the norm, we should point, but units valued in that bracket do exist. Like this 1968 Camaro Hot Wheels, for instance. It is the first Hong Kong enamel white example of the model car ever found. In fact it’s a prototype (and yes, concepts are an actual thing, even in the world of miniatures). At the time, designers used to cover them with white enamel in order to discover imperfections. A handful of these models were mistakenly packaged and sent to retailers. This is why this piece is so rare and why it is so valuable to collectors.

This piece was discovered by Joel Magee, also known as the Toy Scout, and remains to this day the only white enamel Hong Kong Camaro in circulation. Only 16 are believed to have been made. It is the third-rarest Hot Wheels model in existence after the Beach Bomb and a certain Oldsmobile 442.

In the case of the Beach Bomb, a Volkswagen microbus with features not found on the production model, its price varies between $125,000 and $150,000 on the market.

“I’ve collected toys forever and this Hot Wheels Camaro is the Holy Grail of collectibles. I am beyond excited to have found it to add to my vast collection. This car is so extremely rare that there is only one known example which is this one.  Imagine something that originally sold for 59 cents now being worth upwards of $100,000! Wow!” 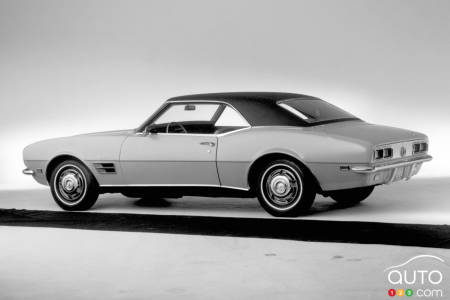 The Tamiya Wild One Max is a Scale Model That Thinks – An...

With the Tamiya Wild One Max, London-based The Little Car Company has made a near-full-size scale model for adults nostalgic for a time when as kids they enj...

Lego Ecto-1: How’s About a Caddy Hearse for Christmas?

Before we get to the Ghostbusters: Afterlife movie set to release next year, there’s the matter of this Christmas to navigate through. Lego is giving folks t...

Fans of Tesla’s controversial Cybertruck all-electric concept won’t have ot wait for it to exist as a working vehicle to pilot it. Mattel Creations is taking...