While we’ve known about the 2017 Porsche 911 Carrera and Carrera S for a little while now, they had yet to hit Canadian soil and we’d not spotted them in the flesh yet. Well, all that changed at the 2016 Canadian International Auto Show in Toronto.

If you thought the 911 Carrera couldn’t get any better, well clearly you don’t know how Porsche works as a company. Just when you think they can’t possibly make something even more perfect and appealing, they go and drop bi-turbos in the rear and BAM.

That’s right, the seventh generation 2017 Carrera and Carrera S models both house 3.0L bi-turbo flat-6 engines beneath their sumptuously designed rumps. In the Porsche Carrera that means 370 horsepower and 331 lb-ft of torque (up 20 ponies from the previous generation). For the Carrera S those performance numbers jump to 420 horsepower and 368lb-ft of torque. Hitting the 100km/h mark in the Carrera S will happen in less than 4 seconds (with the always fabulous PDK transmission, of course). Yes, you read that correctly.

While of course those performance numbers are the most important for Porsche enthusiasts, we’re also pleased to know that the 911 Carrera line-up is now fully tech-savvy with Apple CarPlay and AndroidAuto now available, as well as an updated navigation system provided by Google Earth with real-time traffic updates.

Also revealed at the 2016 CIAS; final pricing on the two much-anticipated Carrera models. For the base 2017 Porsche 911 Carrera model you’ll hand over an MSRP of $102,000. Want the Carrera S? Shell out $118,200. Worth it? You bet your bottom dollar (needed to purchase said Porsche) they both are.

Oh, and if the Carrera duo don’t get your juices going (and really, how could they not?!), there’s always the rambunctious and gloriously sexy Porsche Cayman GT4 Clubsport to gawk at. As if the regular GT4 wasn’t track-ready enough, Porsche added some insane bits and pieces to an already overzealous ensemble to create a track beast in the GT4 Clubsport. Equipped with a roll cage, 6-point racing harness seatbelt for the driver (and an available passenger seat one as well), along with a ready-to-install fire extinguisher mean this bad boy is a real weekend racetrack warrior. But there’s more; the Clubsport switches out the 6-speed manual for a PDK transmission, and it’s a whole 84lbs lighter overall than the stock GT4 and the top speed is pegged in the 295km/h range. Um, yes please. 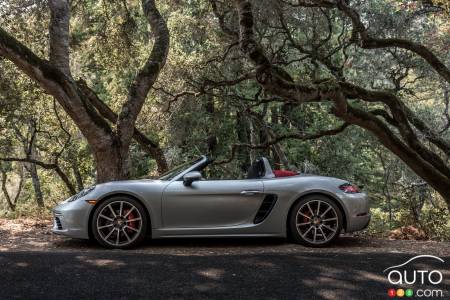 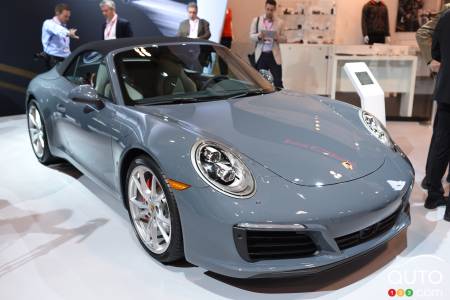