Calgary, AB – It’s a frenetic pace we’re witnessing in the automotive domain. Not a month goes by without one or more models getting revamped or renewed, or entirely new ones being unleashed.

For us hacks, some of the media events to which we’re convened are more exciting than others. Some models are just more appetite-whetting, some first-encounter driving itineraries just more inspiring than others.

When it comes to heading for a first encounter with the new 12th-generation Toyota Corolla sedan, there’s a different sensation at play, I must say. As I flew to Calgary, I felt like I was in for something significant, noteworthy. Why? Maybe because we were about to turn the page to a new chapter in the story of the best-selling car in history.

Such a major figure in the history of the automobile deserves attention, and so this review, while it touches on the salient points of the new edition, does so within the context of the Corolla’s history, its current role and its mandate going forward as we advance further into the age of the SUV.

Specifications for the 2020 Toyota Corolla 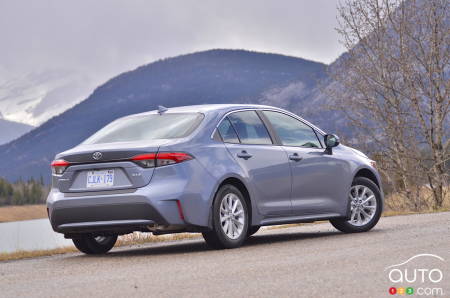 Be fruitful and multiply
When the Corolla first appeared back in 1966, it came in… one flavour. The 2020 edition? It comes in two main configurations and 15 trims for consumers to choose from.

A Corolla for every taste, need and budget? Maybe not, but it’s close.

Actually, while the Corolla is not and never has been a car fit for absolutely everyone, it’s come closer to that ideal than any other. In just under 55 years, Toyota has sold over 45 million cars with the Corolla nameplate on them.

In Calgary, as mentioned, we had a date with the sedan version, the five-door hatchback Corolla having made its debut last year. 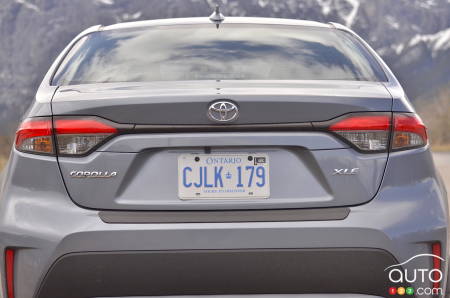 Richly endowed
We were also introduced on this day to three other families of Corolla products: the L, the S and the hybrid, the big newbie this year.

In short, models with an L in the name are those that follow most directly from previous iterations of the Corolla. Unremarkable, reliable, offering value that’s the envy of the industry, and a purchase for buyers who want zero worry about making the wrong choice.

The S designation signifies the model is somewhat sportier. Somewhat. Because let’s not carried away, we’re not in the same ballpark, nor in the same city, nor even in the same galaxy as models like the Honda Civic Si or the VW Golf GTI. Buyers of an S do get a sprightlier powertrain, more tightly configured chassis and sharper exterior visual elements.

More on the mechanics further on. 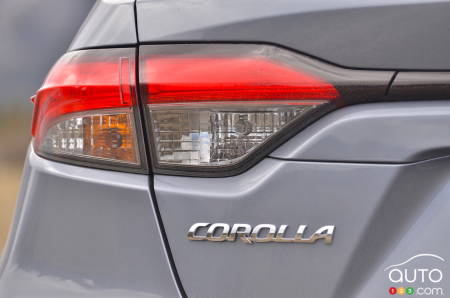 For the first time in its long and storied history, the Corolla comes in a hybrid version. Forget the sporty accoutrements here, though. This version is all discretion and modesty, including in terms of its performance. On the other hand, the Corolla hybrid sips fuel like a cactus drinks water. More on that in a bit.

Prices, versions and equipment
We’ll refrain from getting into too much detail here, since with 12 variants and several options packages on the menu, we might get never get through it before the 2021 is unveiled! Read on ‘til the end for a table with essential info.

Here are the basics, though:

The 2020 Corolla base price is set at $18,990 for the L variant. For that the default gearbox you get is a manual. Add $1,800 to switch that out for a continuously variable transmission (CVT). From there you climb through the LE to the LXE and its $26,990 price tag. 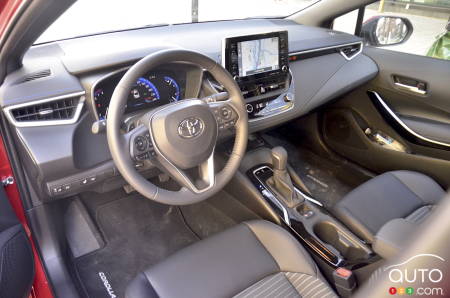 Two versions of the Corolla S can be had: the SE and the XSE. You can opt for the automatic transmission gearbox on the first of those, but not on the second. Pricing starts at $22,290 and tops out at $28,490. If you want to add the CVT to the SE, Toyota will exact another $1,000 from your bank account.

Note that the L and S versions can also be boosted with options packages. Check below for details in the table.

Equipment and safety
Here again, the massiveness of the product offering means we’ll stick to the essentials.

While the sticker price on the base version with manual gearbox is certainly appealing, keep in mind that that configuration leaves out a few features that are rapidly becoming standard bits of equipment in new cars, for instance heated seats, and others that are more of the nice-to-have variety, like automatic climate control and a blind spot monitor. For another $1,000 on the LE version, you get these features.

On the other hand, right from the base model Toyota has included the Toyota Safety Sense 2.0 suite of safety features (details below). 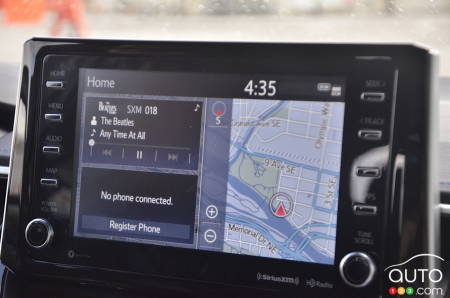 Forking over another $2,000 rewards you with goodies like a heated steering wheel and wireless smartphone charging. Upping the ante by another 3,200 gives you the XLE version and its leather seating, navigation and heated rear seats, etc.

The pattern s roughly the same when you look at the trims of the Corolla S models, except that in this case heated seats are included from the base model on up.

As for connectivity, Apple CarPlay is integrated on all versions, but don’t waste your time looking for Android Auto. And while you’re at it don’t waste any time trying to understand why it’s not there. Though the feature has started to appear in some new Toyota products, the details of its delayed introduction seem more byzantine than American foreign policy.

Engines and performance
Every 2020 Corolla family of models gets its own 4-cylinder powertrain. In the base version it’s a 1.8L unit making 139 hp. We’ll withhold our excitement at this production. The feeble torque available at low RPM also means that you need to plan ahead when passing or merging, for instance. That said, you can be surer this engine will roll on and on indestructibly than that there will be another Star Wars movie. 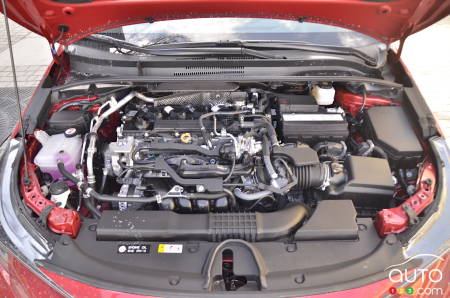 The SE and XSE models run on a 2.0L unit, meanwhile. It’s got more oomph at 169 hp, and it ensures perkier passing and merging manoeuvres. As we mentioned, its chassis gets a sportier configuration. On our day of meeting the 2020 Corolla, time behind the wheel was short; we’ll have a more detailed review of the performance this unit is capable of in the coming weeks.

And the hybrid? It’s based on a 1.8L unit working with an electric motor for a total output of 121 hp. That’s still pretty miserly, but the number that matters with this version of the Corolla is not that one, rather it’s the one that measures fuel consumption. And in that respect the powertrain is a gangbuster. The Corolla hybrid’s official figures are 4.4L/100 km and 4.5L/100 km (city and highway).

And those seem realistic based on our short sampling. We made no effort to minimize on fuel use, averaging some 120 km/h on the highway, and our observed figure was 4.6L/100 km.

For a vehicle in this price range, this is a powerful argument in favour of the 2020 Corolla hybrid. If I had to choose between the hybrid and a Corolla L with official consumption of 8.4L/100 km and 6.5L/100 km (city and highway), I know I’d be going green. 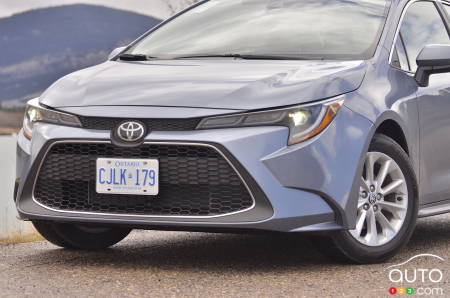 In the case of the Corolla S variants, they do target a different demographic. Their consumption figures of 7.6L/100 km and 5.8L/100 km are far from terrible, and they do get a punchier engine, which by the way consumes less than the older 1.8L, which has become a kind of patriarch within the industry.

Conclusion
We weren’t blown away by the new 2020 Toyota Corolla, and we didn’t expect to be. The model is a mature product that continues to roll on its merry way, making history without making any particular splash along the way.

The only thing that seems to change is the number or variants and options packages that Toyota adds on as the years go by.

Next stop for the venerable, trusty Corolla: 50 million units sold. 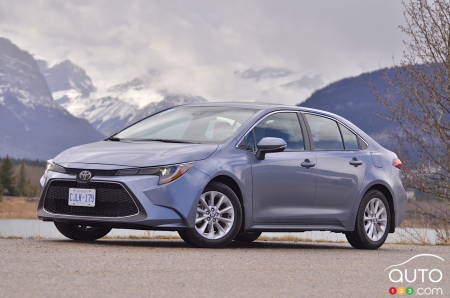 The automaker estimates that the hybrid will account for 10% of the model’s overall sales.

The Toyota is counting on the Corolla S models in particular to poach consumers from competing models.

Since this past February, the Corolla is no longer manufacturers on Canadian soil. 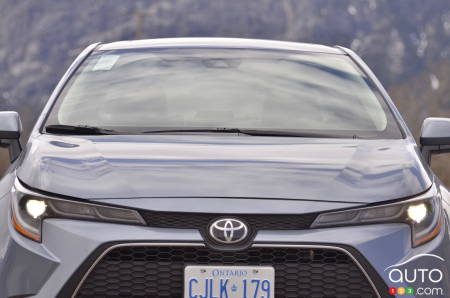 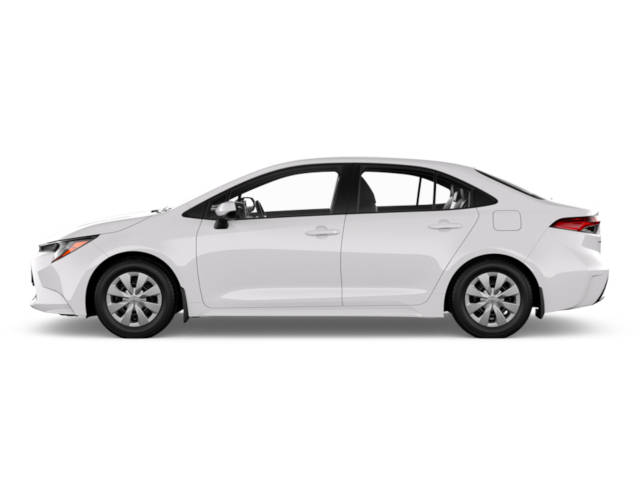 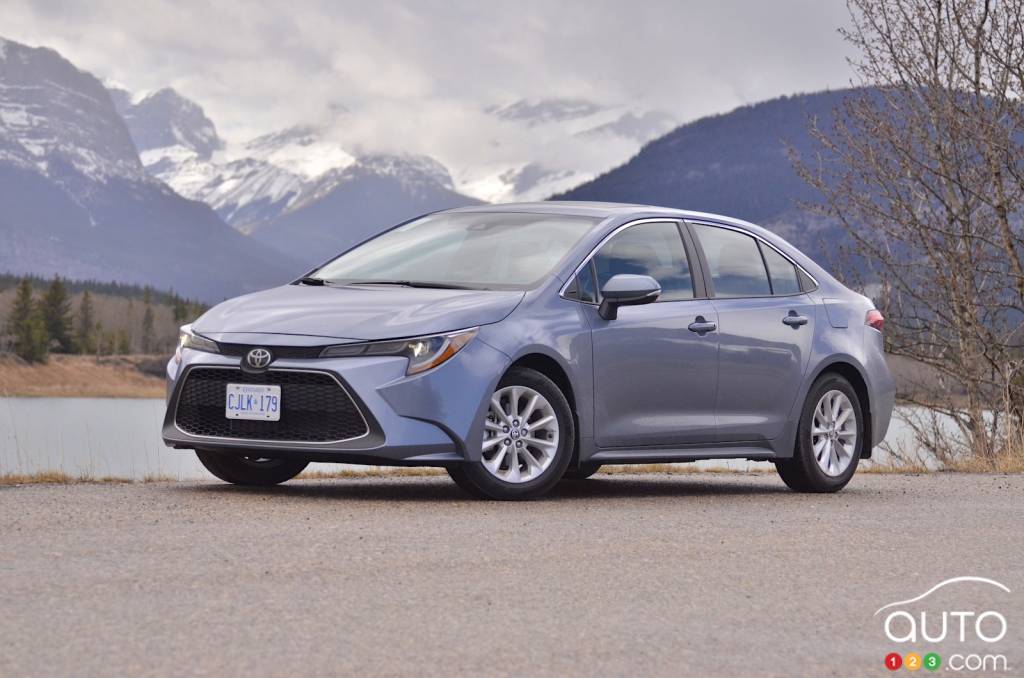 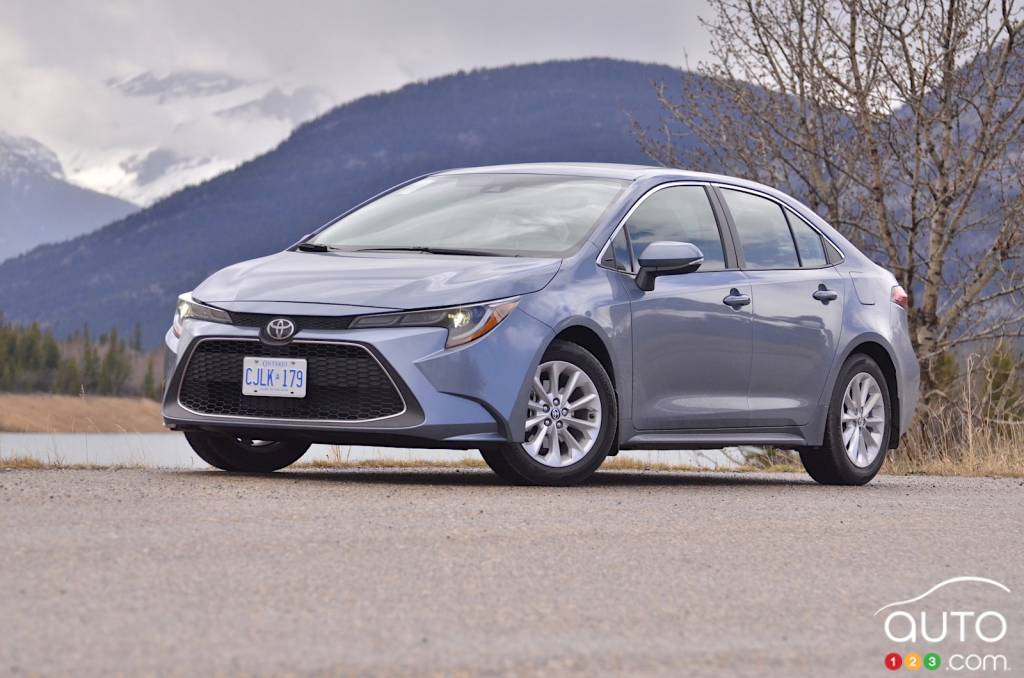 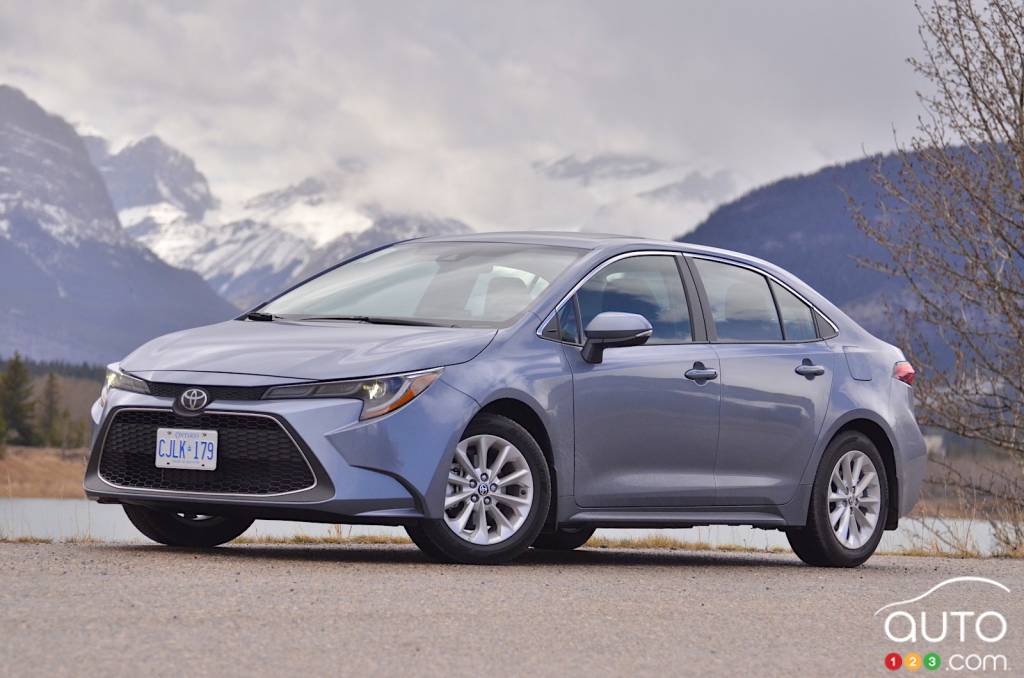 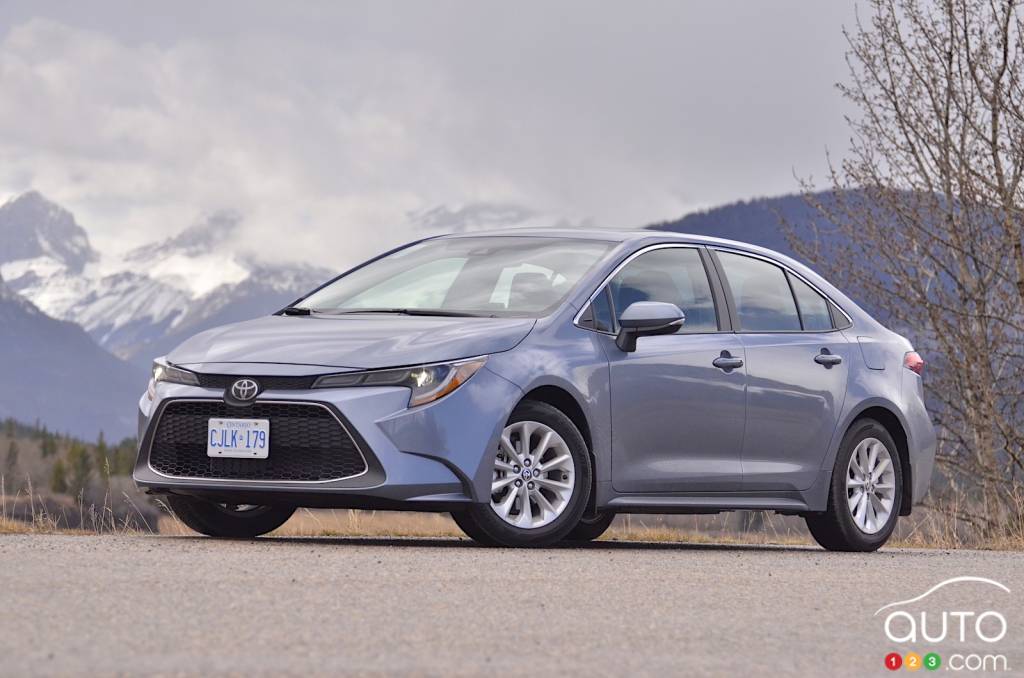