The Chevrolet Camaro is a much more modern car in every respect than its Dodge rival, the Challenger. So it comes as a surprise to learn that, in the first quarter of 2019, the aging Challenger outsold the recent-vintage Camaro.

This is cause for confusion and headaches at GM HQ, especially since the previous-generation Camaro often managed to outperform the juggernaut Ford Mustang in the battle waged by the Big Three in this exclusively American niche segment.

The new Camaro, it appears, is not yet able to impose itself.

According to a report in the Detroit Free Press, since the beginning of 2019 Dodge has moved 13,431 units of the Challenger, compared to 12,083 units sold of the Chevy Camaro. Of course, this is a battle royale for second place, since the Ford Mustang continues to rule, with 16,917 units sold in the first quarter of 2019.

Specifications for the 2019 Dodge Challenger 2018 was the first year in which the Dodge Challenger nosed out ahead of the Camaro into second place. This reflects the struggles experienced by the Camaro, of course, but what’s really stunning is that the Challenger has changed virtually not at all over the years. The fundamentals of the car are more than a decade old.

Dodge’s strategy has involved adding splashy, attention-grabbing variants to the product offering in recent years, so that every buyer can find the Challenger that suits them to a tee. Amazingly, the vast range of colour choices offered by the manufacturer for its muscle car is given as a major selling point by buyers.

Clearly, the Challenger also plays the nostalgia card, and it’s working. Ford is no different, though it doesn’t push things quite as far. Maybe Chevrolet can take a few pointers from the approach taken by its big rivals…

It’s a safe bet that much brainstorming is going at Chevrolet to change the current situation for its Camaro. 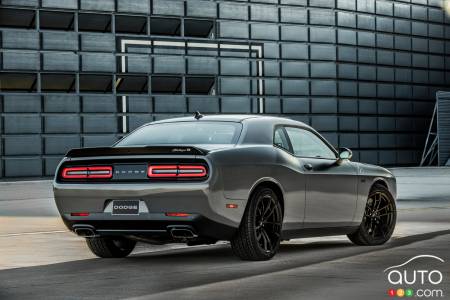 The future of the Chevrolet Camaro beyond 2023 is unclear, according to a new report. Sales have been disappointing since the model’s 2016 overhaul, leading ...